Time to Bury the "Death Tax" 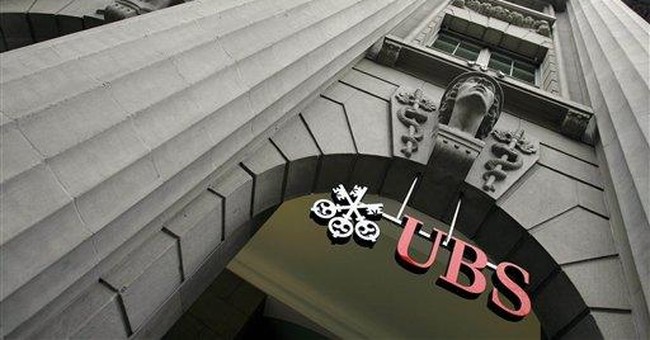 Kevin Hancock simply wants to harvest trees -- sustainably -- and create jobs in the process. The federal government may put a stop to all that.

His business, Hancock Lumber, has been in the family for six generations. It owns 30,000 acres of Maine timberland and employs 550 people. But Kevin already knows that when his elderly mother dies, he’ll have to sell off huge swaths of his land to pay the ensuing tax bill.

He recently warned a Senate committee that, “Once it has been sold to a developer, it will be parceled off and will no longer be maintained as publicly-open forests. This is particularly a shame in southern Maine, where green-space and curtailment of sprawl is a major political issue.”

It’s an example of the long reach of the death tax -- the penalty families have to pay when a loved one dies and leaves them significant assets. Yet, for Hancock and many others, some relief may be in sight. In 2001, lawmakers passed a law that gradually phased out the levy, which has destroyed countless family-owned businesses over the years.

The death tax has been stepped down from 55 percent (for those in the top tax bracket) 8 years ago to 45 percent. But that gradual decline was just a prelude for 2010, when the tax will -- finally -- disappear all together.

Unfortunately, like the killer in so many slasher movies, the death tax could return to menace family businesses again in 2011. Unless Congress acts, it’s scheduled to return to the obscene 55 percent rate after next year, thus reawakening the nightmare of the American Dream.

Lawmakers are poised to take action soon. But Americans should insist they take the right action.

For example, earlier this year the Senate passed a non-binding amendment that would set the death tax at 35 percent starting next year. That’s quite a jump from zero percent, and would be a big step in the wrong direction.

The sensible thing would be for lawmakers to leave the current policy in place and allow the death tax to go away completely. With the Senate already facing titanic struggles over health care, global warming and federal spending this year, there’s no point in attempting to upend a policy that’s already set in law. Besides, Americans deserve to see how much better things would be without the death tax, especially since repealing it might help our country -- finally -- pull out of recession.

The death tax is a job killer. Heritage Foundation economists found that the federal levy leads to the loss of between 170,000 and 250,000 potential jobs each year. (It’s impossible to be more specific, simply because those jobs were never created in the first place. We certainly could use them now).

How does it kill jobs? Partly because it encourages wealthy Americans to spend their money today rather than invest it in growing a business. After all, we’re all going to die. What’s the point of building a bigger nest egg if Washington is just going to take a third of it, a half of it, or even more?

Because the estate tax discourages investment, it also holds down wage growth. Since businesses have less funding, they’re less able to purchase new tools and equipment. So workers are less productive and suffer slower wage and salary growth.

The death tax also hammers some Americans more than others, since it especially targets landowners. Millions of farmers, ranchers and homeowners have, like the Hancock family, improved their land. Yet when they die, the federal government punishes their heirs.

Death and taxes, they say, are both inevitable. But it’s not inevitable that one must lead to the other.

Americans are set to get a glimpse of life without the death tax next year. After that, Lawmakers should act to make sure this levy goes away. Completely and forever.