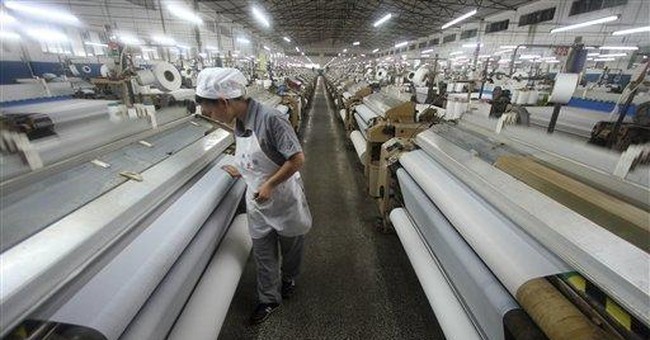 If there’s a parade going by, any good politician will jump in front and claim to be leading it. But it’s especially brazen to do so when you’re promoting policies likely to bring that parade to a screeching halt.

Consider what members of the Obama administration are saying about the economy.

“Six months ago, the economy was in a nose dive, people were talking about the possibility of another depression, the statistics all suggested a vertical decline,” Lawrence Summers, President Obama’s top economic adviser, said on NBC’s Meet the Press. “None of that is the situation right now.”

Not so fast. Yes, we’ve witnessed some slight improvements of late (The Heritage Foundation’s Rea Hederman called the job numbers for July “the least bad employment report since August 2008”). But they’re far less than what the administration promised.

July’s unemployment rate was 9.4 percent -- a tiny decrease from the previous mark of 9.5 percent. But it’s still far higher than the 8 percent unemployment administration officials had warned could occur if lawmakers didn’t race to pass a misnamed “stimulus” package. So much for the “jobs saved or created” mantra.

Today’s economic doldrums should surprise no one. In February, Heritage Foundation economists warned that the so-called stimulus package wouldn’t work, because a government can’t spend its way to prosperity. Further, only about half the money allotted in the $787 billion package was scheduled to be spent this year or next, anyway.

If the administration wanted to generate economic growth today, it’s difficult to see how throwing money at the Department of Education in 2011 would accomplish that. However, if the goal was to expand the federal bureaucracy long after the economy had recovered, this approach would make sense. Americans should decide for themselves.

More alarming are signals that a middle-class tax increase isn’t off the table. “We’re going to have to do what it takes,” Treasury Secretary Timothy Geithner recently said, to reduce the budget deficit.

That’s odd, coming from the man who’s presided over a $1.3 trillion increase in that deficit. Since he’s shown no inclination to slash spending, perhaps Geithner means the administration will handle the deficit by raising taxes. But that would violate Obama’s campaign pledge, “to provide a tax cut for 95 percent of working Americans.” Time will tell.

All this should make Americans particularly cautious when the administration claims it can “fix” health care. “By acting now, we have the chance to slow health-care costs in a way that doesn’t slash benefits or reduce care,” wrote Kathleen Sebelius, secretary of health and human services, in The Washington Post on Aug. 4.

How does the administration intend to accomplish these lofty goals? Sebelius isn’t saying. As she herself noted at a town hall meeting in Pennsylvania, the Senate’s health care bill isn’t even written yet. Americans are being asked to buy a pig-in-a-poke, again. It’s only sensible we’re skeptical this time.

This is the same federal government, by the way, that’s acting as if it can build national wealth by paying Americans to destroy valuable assets. It has colossally mismanaged the “Cash for Clunkers” program, which pays people to turn in older cars to be destroyed.

All the government has proven is that if it’s willing to hand out money, citizens are willing to take it. We already knew that. Yet lawmakers are pouring another $2 billion into the clunker program, throwing more taxpayer money down this rat hole.

The administration’s parade of programs is out of step with what most Americans want. This month of congressional recess, expect to see plenty of citizens reminding their leaders of that.