The Answer's in the Index 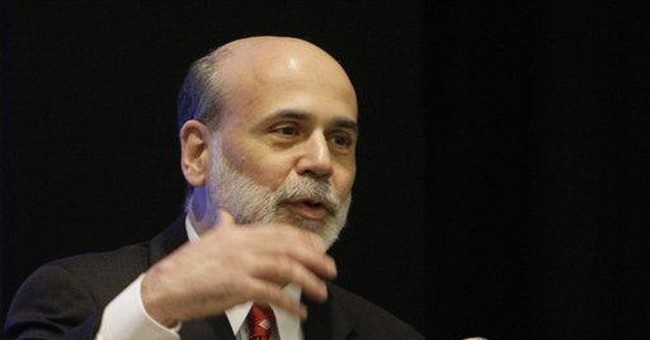 A nation’s economic situation can turn on a dime.

For example, in November 2007 the Federal Reserve expected the American economy to grow as much as 2.5 percent in 2008. In January the Fed revised that forecast downward, a step it would take repeatedly throughout the year as gasoline prices soared and the housing market plunged. By fall, it was clear our economy was in trouble.

But this is no time to throw good (borrowed) money after bad. If all this spending was going to get the economy growing, it would be working. Yet nobody expects things to improve soon. There’s a lesson there, if we care to learn it.

In times of uncertainty, it’s natural that people will look to government for answers. Yet the long-term solutions to our current economic problems don’t lie in more government spending, controls or regulations.

Consider Japan. Facing a deep recession, the Japanese implemented 10 separate spending stimulus packages between 1992 and 2000. Spending on public infra­structure was a major part of each one. Yet the Japanese economy refused to cooperate. After eight years of “stimulus” Japan’s economic growth was anemic. The Japanese econ­omy grew at an annual rate of only 0.6 percent between 1992 and 2007. During that time, eight countries surpassed Japan’s per capita income. So much for infrastructure stimulus.

But we do know that economic freedom generates economic growth -- a fact that’s been documented for 15 straight years by The Index of Economic Freedom, published by The Heritage Foundation and The Wall Street Journal. “Economies rated ‘free’ or ‘mostly free’ in the 2009 Index enjoy incomes that are more than double the average levels in all other countries and more than eight times higher than the incomes of ‘repressed’ economies,” the editors write this year.

The trends have been mostly positive. Worldwide, economic freedom has increased significantly during the years we’ve been measuring it. Taxes are lower. Trade barriers are down. It’s no coincidence the world economy has grown during that period from about $30 trillion to well over $50 trillion. Increased economic freedom has lifted millions from poverty and helped millions more live a better life.

“Not only are higher levels of economic freedom associated with higher per capita incomes and higher GDP growth rates,” the Index editors write in the latest edition (just published), “but those higher growth rates seem to create a virtuous cycle, triggering further improvements in economic freedom.”

Sadly, the opposite is true, too. As economic freedom erodes, so does economic opportunity. Venezuela proves this point.

Over the summer, things looked rosy for Venezuelan President Hugo Chavez despite a series of economic “reforms” which undermined property rights, severely restricted foreign exchange, imposed price controls on most everything and nationalized the nation’s most lucrative industries.

Soaring oil prices made it seem as if the country was doing well. But now that the price of oil has collapsed, Venezuela’s economic shortcomings are clear. It’s had to cancel a program to deliver fuel oil to needy Americans, for example, shelving an attempt to purchase goodwill.

Some of the policies undertaken or planned by governments to respond to the worldwide recession are likely to threaten long-term economic freedom, and thus endanger future economic growth. Certainly if the U.S. continues on its present course, all things being equal, its economic freedom score will decline next year.

Instead of spending more, policymakers should learn the lesson of the Index of Economic Freedom. Government stimulus spending can’t manufacture prosperity. But free people, unshackled and allowed to pursue their dreams, can.