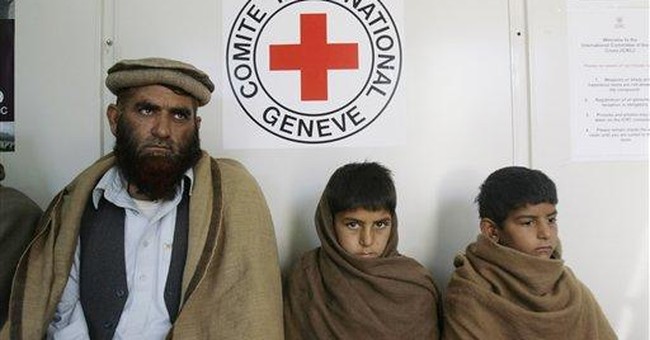 The presidential campaigns have boiled down to one word: “change.” Candidates from both parties insist they’re agents of “change.” Elect me, each says, and our government and our country will be better.

Maybe the winner will actually succeed. But it will be an uphill job. Bureaucracies are designed to withstand change. So it’s not enough to talk about making changes. You have to deliver change, in a way that makes life better.

Consider the group America’s Second Harvest. In the late 1960s, it opened the country’s first food bank to distribute excess food (that would otherwise have been thrown away) to the needy. It set safety standards that allowed companies to donate without worrying they were turning food over to unprofessional charities. Today there are Second Harvest food banks across the country.

The authors studied hundreds of nonprofit organizations, trying to determine why many fail and, more importantly, why others survive and grow. In the end, they decided to focus on 12 successful organizations, including the one I lead, The Heritage Foundation.

They found that working with business is a good strategy. “Big government is out, and market-based capitalism is in,” the authors write. “Leading social sector organizations are rising to the challenge, finding ways to address the world’s problems by working with, and through, government and business to launch innovative solutions.”

Consider another organization Crutchfield and McLeod Grant analyze: Teach for America. “It seeks to transform the entire educational system,” they write. That’s an audacious goal. Teach for America is succeeding by convincing graduates of our country’s leading universities -- young people who have job offers from Wall Street firms and consulting companies -- to instead spend two years teaching, usually in poor neighborhoods.

The organization “has changed how we think about teacher credentialing, made teaching in public schools ‘cool,’ and created a vanguard for education reform among America’s future leaders,” the authors write. Today, former Teach for America educators are “launching charter schools, running for elected office, managing education foundations and working as school principals.”

Most important, Teach for America gets results in the classroom. A study in 2004 by Mathematica Policy Research found that corps members “produced higher test scores than the other teachers in their schools; not just other novice teachers or uncertified teachers, but also veterans and certified teachers.”

Crutchfield and McLeod Grant also review what doesn’t work: confrontation and violence. “None of the high-impact nonprofits that we studied use extremist tactics to achieve social change,” they note. There’s a lesson there for groups such as Greenpeace and Code Pink: You’re shooting yourselves in the foot.

These extremists would be more successful if they’d avoid standoffs and follow the model pioneered by the group Environmental Defense. It’s created partnerships with big businesses such as McDonald’s and Wal-Mart to reduce waste and clean the environment. Markets work, and Environmental Defense helped “create new markets to change corporate behavior,” the authors write. Environmental Defense is now dedicated to “Finding the Ways That Work.” Sound advice for any advocate.

The Heritage Foundation has devoted itself to the mission of reducing the size and scope of government. Much remains to be done, but we’ve already scored some big victories.

We’re proud that Crutchfield and McLeod Grant consider us a force for good, and we hope that, as we keep fighting for our values, we’ll also encourage others to do so. That’s the best way to deliver the “change” our country needs.