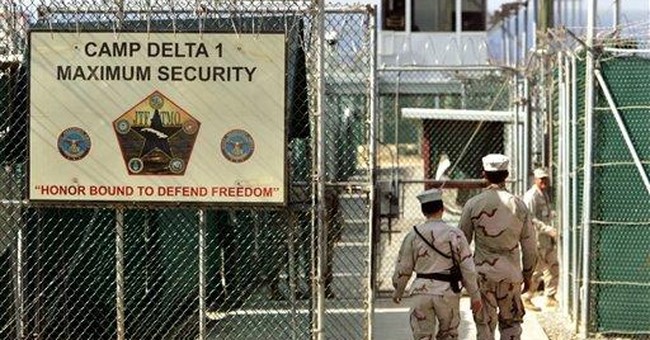 “Of the four wars in my lifetime none came about because the United States was too strong.” --Ronald Reagan

The American armed forces are in a death spiral. The potential danger far exceeds the health insurance debacle occurring in the rollout of the Affordable Care Act. The Department of Defense is as susceptible to the effects of onerous, ideologically driven policies as the economy and the health system. The implications of the DoD’s death spiral are possibly even more devastating.

President Obama’s administration seems to be at war with its military leadership. In the past five years, Obama has sacked more senior officers than all other presidents combined. It wasn’t until the last 60 years that the United States was considered a top military power. Today, the American military is on the verge of becoming weaker than it was in 1939 when Hitler started his European rampage and Japan pushed its aggression into Asia.

The U.S. military’s descent into second-rate status already surpasses the “hollow force” of President Jimmy Carter’s era. After eight years of military cuts overseen by President Clinton, whose concept of defense had more to do with lawyers and juries than military strength, President George W. Bush found himself in the unfortunate position of having to respond to the worst attack on U.S. soil since Pearl Harbor. The initially superb response was then driven into a fantasyland of nation building in Iraq and Afghanistan.

In Oct. 2001, had the U.S. kept to the original plan, American forces would have left Afghanistan before the end of the year with al Qaeda crushed and Osama bin Laden captured or killed. One problem was not clearly identifying the enemy as al Qaeda and the nations or groups that supported them. Another problem was not deploying enough force to find, fix, and annihilate al Qaeda. As is well known, the “War on Terror” devolved into a long struggle during which the terrorists morphed into a worldwide network posing a global threat to American interests. Over time, the will of the American public weakened validating Gen. George C. Marshall’s contention that, “A democracy cannot fight a Seven Years War.”

The lack of a clearly defined strategic objective resulted in the move into Iraq. After a quick march to Baghdad the war could have ended with “mission accomplished” and a U.S. exit. Instead, the decision was made to remake Afghanistan and Iraq into bourgeois democracies; these were doomed objectives, given that neither society possessed a viable middle class, history of democratic politics, or a mindset inclined to accept fundamental human freedom and liberty. Forgetting that Afghanistan had long ago earned the reputation of being “the place where empires go to die,” the U.S. found itself in two wars simultaneously, fighting enemies adept at asymmetric strategies and who were determined to destroy infidel invaders.

While American commanders eventually concocted fairly effective operational strategies in Afghanistan and Iraq, in neither case did U.S. forces benefit from clear strategic goals or useful operational milestones. Salient lessons from Vietnam were forgotten: A strategy focused on “not losing,” rather than pursuing victory, results in defeat and small tactical victories cannot overcome a weak strategy. Meanwhile, a legion of lawyers, backed by policy wonks, looked over our commanders’ shoulders as they tried to figure out ways to defeat a tough collection of international enemies from the mountains of Afghanistan to the streets of Benghazi. Moreover, because President Barack Obama has been unwilling to make the critical financial investment needed to keep the U.S. a top military power, the American defense establishment entered its current death spiral.

The Army is smaller than it was in 1950, when North Korea invaded South Korea. The Navy has half the combat vessels it had 15 years ago. American combat aircraft—Air Force and Navy—are rusting on the runways. The American nuclear arsenal, last updated in the early 1990s, ages while Russia modernizes its arsenal and China expands its global reach. Combat tested junior and mid-level officers and non-commissioned officers, vital to the future leadership of our armed forces, are opting for more promising careers elsewhere. Senior officers courageous enough to resist the inanity of politically correct polices are retiring—if they haven’t been forced out already.

The military weakness admired by the extreme left invites aggression from terrorists and possible hegemons in Teheran, Beijing, and Moscow. The potential costs of weakness are far greater than the expense of being strong.