D.W. Wilber
|
Posted: Jan 27, 2022 12:01 AM
Share   Tweet
The opinions expressed by columnists are their own and do not necessarily represent the views of Townhall.com. 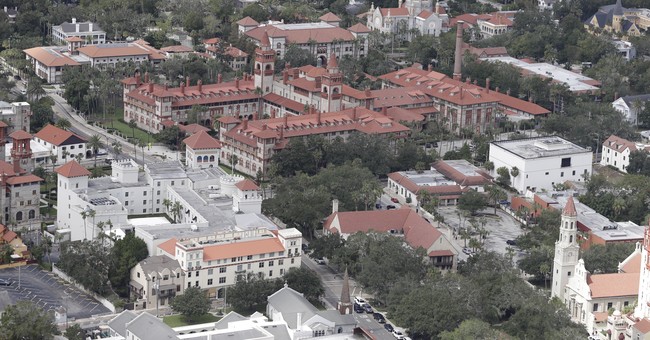 Following the end of World War II hundreds of thousands of American military veterans returned home to America and set about resuming the lives that they had left behind when they went off to war.  Or in the case of many veterans, they embarked on a new life that they had never had before.  The opportunities were really endless for those who had the initiative and willingness to work hard and learn new things.

American veterans had just defeated the evil of Nazi Germany and the Empire of Japan, and their future looked very bright. They were determined to now grab their part of the American dream, and they had more than earned it on the battlefields of Europe and the Pacific.

They worked hard and most prospered, creating an economy and a standard of living never experienced before in America, much less anywhere else in the world. They vowed to create a life for their children better than the one that they had when they were growing up.

For the most part they did just that. The idea of sending your kids to college that had once been reserved for the privileged few and considered a pipe dream by many, was now actually attainable for the great American middle class. It was now possible for people of more modest means to attend college, and to make plans to send their children off to be better educated than their parents had been able to achieve. All was good in America.

At least at the time we thought that all was good in America. What we never recognized at the time, but that as far back as right after the end of World War II our colleges and universities had become breeding grounds for Marxists. The indoctrination of America’s youth that continues to this day was started back when many more Americans than ever before were taking advantage of the opportunities created to attend college.

While certainly more subtle at first, the seeds of Marxist theory were being planted way back then, and have since blossomed into college curricula taught by communist faculty members on university campuses all across the country.  Faculty and administrators who openly promote Marxism and Communism over our American capitalist-free market system, as well as teaching our children to hate their own country is now the norm.

Which begs the question - unlike their grandparents who enthusiastically volunteered to fight fascism and defend America, young people of today are not being taught to love America, so how can they ever be expected to defend and fight for America.

Nowadays our ‘institutions of higher learning’ are not much more than Marxist indoctrination centers, poisoning the minds of America’s youths to the tune of nearly twenty million students every year who are attending college courses in America (figures as of 2019).

What is happening in our college classrooms is no longer confined to just our college campuses. The Marxist poison is now even reaching down to our nation’s high schools, middle schools, and even our primary schools. Children as young as those in kindergarten are being exposed to Marxist-Leftist ideology.

American colleges and universities must be put on notice. Parents have the power of the pocketbook. If colleges can’t attract your tuition money because they’re indoctrinating youths with Marxist ideology, they’ll change and become more balanced and fair.

Or even better yet, talk with your child about the value of pursuing a skilled trade as an alternative to a four year college degree. College isn’t for everyone.  Send a message to higher education that the days of Marxist indoctrination on college campuses are coming to an end.

We’re going to demand that kids are taught the truth about America, including our faults and mistakes.  But also about what is great about America and how it far outweighs where we have fallen short in our history.

And teach our children to love America, so they will be willing to defend her in a very dangerous world if the time ever comes.