The Truth About Cops

D.W. Wilber
|
Posted: Sep 23, 2016 12:01 AM
Share   Tweet
The opinions expressed by columnists are their own and do not necessarily represent the views of Townhall.com. 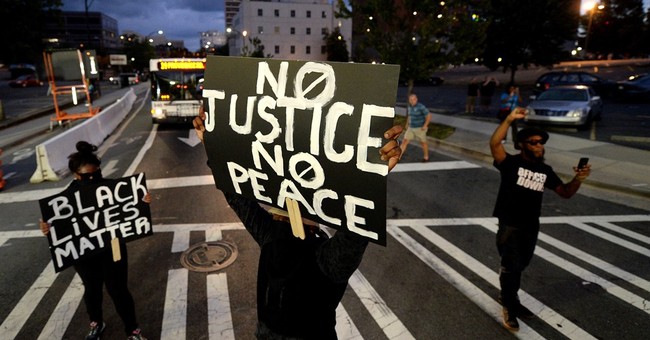 It's time for all the cop bashers out there to learn the truth about police work.  The short explanation is that while forensics and science play a large part in modern criminal investigations, being a police officer itself is not a science.

It's imperfect people doing their best to enforce imperfect laws, in an often times very difficult environment, and being forced to make split second, sometimes life and death decisions, most of the time with little if any information to base their decisions on.

You want perfection, it only exists in the movies. Try 'Robocop', it's entertaining, but it's not reality.

After every police shooting we hear the drumbeat from the media, the self-appointed law enforcement experts, and sociologists who cry for more police training. The reality is that in America today's police officer in most major metropolitan areas is the most well trained in history.  And in anywhere in the world, that’s why most other countries look to American law enforcement for help and training. During their career police officers are constantly attending 'in-service training' following their initial police academy training.

Is there room for more training ? Absolutely, and all training officers for police departments are always looking for ways they can improve on or offer more training to police officers with their particular agency. But police officers can't spend all their time in the classroom environments and training sessions, they have to spend some time out on the streets actually doing the job of being a police officer !

Officers also spend a great deal of time attending firearms training, including "Shoot-Don't Shoot" training, and role playing scenarios regularly.  Sadly no amount of training can recreate everything that officers might experience on the street.   Every possible ‘shoot-don’t shoot’ scenario simply cannot be covered or recreated in a training session.

It’s also been expressed by some in the minority community that all white cops are racist. Curiously you don't normally hear that same accusation being made by their black fellow officers who work the same streets, and witness firsthand the seamier side of life that white officers also operate in.

Black officers themselves know far too well the reality of life in the inner cities.  Often times they are on the receiving end of an extra level of abuse from many in the black neighborhoods, called ‘Uncle Toms’ and all other manner of insulting names.

Does a coarseness and a ‘gallows humor’ sometimes set in among police officers ? Absolutely, that is a sad reality of police work. When you deal with the same societal problems day in and day out, when people lie to your face repeatedly over traffic violations or some other trivial matter, it's often difficult to remain optimistic and positive about the people you encounter.  It often also carries over into a police officer’s personal life as well, since they suffer a high divorce rate, alcohol abuse, and any number of health problems and a shortened life expectancy due to stress-related heart attacks.

Sadly the statistics bear out that members of the black community commit a disproportionate amount of crime compared to their percentage of the population. So they have more police encounters.  One can argue that discrimination and residual racism, and a lack of education and opportunities contribute to that. Maybe so, but you need to discuss that with sociologists. That's their specialty.

After the charges being filed against the Tulsa Police Officer for the recent shooting of an unarmed black man it begs the question, just what kind of a message are we sending to female police officers ?  If they find themselves facing a potentially violent encounter with a much larger individual, are we telling them that they have just been stripped of deadly force as an option ?

What if there are no backup officers nearby and she finds herself thrust into the middle of a violent confrontation with a very large and unarmed male, perhaps under the effects of some mind-altering substance ?  Does she take a beating, and perhaps be knocked unconscious and be disarmed, and then have the weapon used against her ?

Are female officers now going to be less likely to step into the middle of a domestic dispute where the wife is being attacked physically by her husband ? After all, it could escalate into a fight for her own life, yet the man is unarmed. Will her using deadly force be viewed as justified ?

Could one blame a female officer if she decide to stay back and take her time instead of rushing to a "crime in progress" radio call, not knowing whether or not she might become involved in a violent physical encounter ?  Not all female officers are black belts in Karate, or are able to go toe-to-toe with a large, violent male.

Finally, Police Officers have the right to be obeyed when they are giving lawful instructions or orders. They have the right to be respected and even admired for being committed to doing a difficult job that most people don't even want to think about, much less do themselves.

And Police Officers have the right to go home safely to their loved ones at the end of their shift.