The Clash of Cultures

D.W. Wilber
|
Posted: Jan 12, 2016 12:01 AM
Share   Tweet
The opinions expressed by columnists are their own and do not necessarily represent the views of Townhall.com. 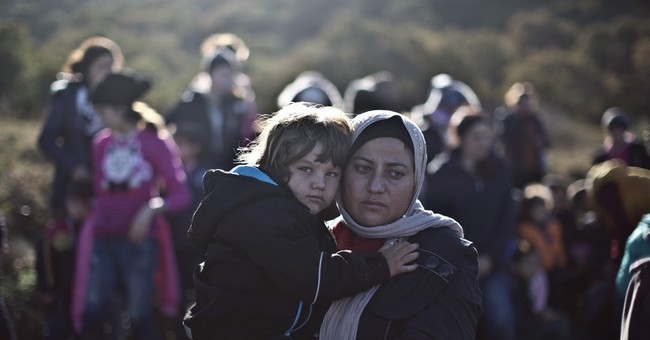 The reports coming out of European and Scandinavian countries indicate that sexual assaults against women by Muslim men have become nearly epidemic in some cities, with European women regularly being attacked by military age Middle Eastern males who left their homelands and sought refuge, and were welcomed in by the governments of these nations. Yet until the most recent attacks occurring in the German city of Cologne, one might never have even know it was happening, since any news media coverage of this problem has been lacking both in Europe and here in the United States.

But why have marauding hordes of Muslim men been indiscriminately attacking young European women, many of whom have been savagely beaten, sexually assaulted, and brutally raped? The answer is really very simple, though the politically correct politicians don’t want to acknowledge it. Basically it comes down to a clash of cultures and religions.

When you have uneducated young Muslim men who are unsophisticated and unfamiliar with western ways, and who are adherents to religious teachings that tell them from the time they are a small boy that infidel women are theirs for the taking, one is going to experience problems such as what’s been happening on the streets of the European Continent.

Factor in the raging hormones that most young men naturally experience but are taught by western society to control, but that in the Muslim religion and culture are unnaturally suppressed, and adding in the visual stimuli they are exposed to in western culture, and sexual assaults will surely result.

This is by no means any sort of justification or excuse for what’s been occurring, but simply an explanation as to why inviting tens of thousands more of these young men into western nations is inherently a bad idea.

These young Muslim men are also very aware of the sentiments held against them by Western society that was always present, but that has been developing even more in recent years. And resentment and anger on the part of the refugees is developing in return. With little prospects for gainful employment in most cases, it’s almost like waving a red flag at a raging bull.

In addition to the San Bernardino terrorist attacks and other acts of terrorism committed over the years here in the United States, in recent months there have been a number of cases of young Muslim who men have been arrested and charged with terrorism-related crimes.

Muslims were taken in as refugees by this country and offered the opportunity for hope and success that America offers to all legal immigrants. But unfortunately some have refused to become a part of our culture and society. They have chosen instead to revert back to the savagery they lived under in their former homelands.

It’s obvious that the assimilation into western society by many of these Middle Eastern men has not been a rousing success. In most cases coming from countries ruled by brutally oppressive regimes, these refugees have little if any understanding of the democratic institutions and processes that govern most European nations and the United States. The way of life in the areas the refugees come from often-times means taking what one wants by brute force.

As has been suggested by a number of people, myself included, a far better response to the surge of refugees from Syria would have been for NATO and the other Middle Eastern nations to create safe haven zones closer to the homeland where most of these refugees come from. It just makes sense to keep them close to the land, climate, and customs they’re familiar with.

With the leadership of the United States, accomplishing this would be a relatively easy task. The lands currently controlled by ISIS would be relinquished fairly quickly by ISIS if a determined and concerted military effort were put forth by the U.S. and its allies in the region.

ISIS for the most part would cease to exist and likely blend back into the populace, or hold out in smaller strongholds, but wielding little influence on the communities they once held sway over. Eventually, even these would be reduced to ashes if the U.S. led coalition chose to do so. Much of the area formerly held by ISIS could then be repopulated by the refugees currently seeking shelter, who themselves are now in fact terrorizing Europe right now.