D.W. Wilber
|
Posted: Jan 05, 2016 12:01 AM
Share   Tweet
The opinions expressed by columnists are their own and do not necessarily represent the views of Townhall.com. 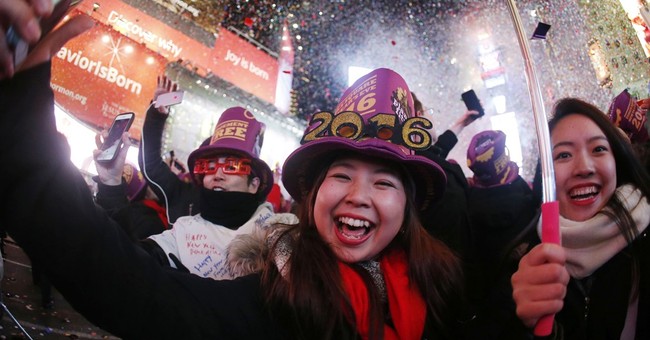 With President Barack Obama promising us that he intends to go full speed ahead with his efforts to “fundamentally transform” the United States, and Hillary Clinton piling one lie on top of another and setting a record for dishonesty and corruption in American politics, America is entering the most dangerous period in our history during this next year.

Congressional and Senate Republicans have shown that they lack the character and backbone to stand up to Obama and the Democrats. Apparently, they’re much more concerned about being labeled as “racist” by the Democrats for opposing the Obama agenda than they are about doing what is right for the American people.

Here’s a news flash: Republicans, regardless of what you do, the Democrats are going to play that racist card anyway. So it’s time to take a stand against the Obama steamroller that is determined to destroy everything that America has stood for for over two hundred years.

Obama definitely intends to transform America into something unrecognizable during his last year in office, by hook or crook if necessary. You can bet the farm on it. And he also intends to make it as difficult to near impossible for any Republican successor to undo the damage that he has been able to achieve in his eight years in office. That’s why Obama must be stopped in this his last year as president.

If Republicans do not have the intestinal fortitude to take on this challenge, then it’s up to the American people to provide the kick in the pants Republican legislators need in order to nudge them in the right direction. Starting right now, the telephone lines need to burn up going into every single Republican Senator and Representative’s office.

Americans concerned about the direction our country has been sliding for decades now need to let their elected officials know that we’ve had more than enough. If the Trump candidacy isn’t enough of a message to get through to them, then it’s time for strong, effective primary challengers to go up against every single currently seated Republican. They need to understand that “politics as usual” is no longer going to be acceptable to the American people.

Indeed, America needs a fundamental transformation, but not the kind that Obama and his followers have in mind. America must return to the traditional American values that led this nation to victory against Nazi Germany and Imperial Japan, put a man on the moon, opened up the universe to exploration, and also created the greatest economy that the world has ever seen.

And while we’re at it, in order to return to the greatness America once was, before American parents spend one more penny at any of the so-called “elite” American colleges and universities, they need to take a close look at who makes up the faculty. If it’s populated by extreme leftists and liberals, then we need to let the institution’s administration know that our education dollars will go elsewhere.

We can no longer afford to allow young impressionable minds to be infected with the extreme ideologies permeating our educational institutions. Colleges need to provide a quality education as opposed to the indoctrination that now occurs in the classroom, including even at the high school and elementary school levels.

It’s time for Americans to take back the school districts, and city and county level political offices.

For decades, Americans have sat back and allowed the liberals and leftists to take control of America bit by bit. While most of us focused on working hard to provide a good life for our families, the leftists and liberals ran for every public office they could, with the intention of ramming their agenda down American’s collective throats.

Well enough is enough! Obama and his Democrat allies will soon understand that their vision for America will not be attained. To quote former President Ronald Reagan, who led our country’s last great “revolution,” Obama’s plans will end up where they belong, “on the ash heap of history”.

And America will once again become that “shining city on a hill.”