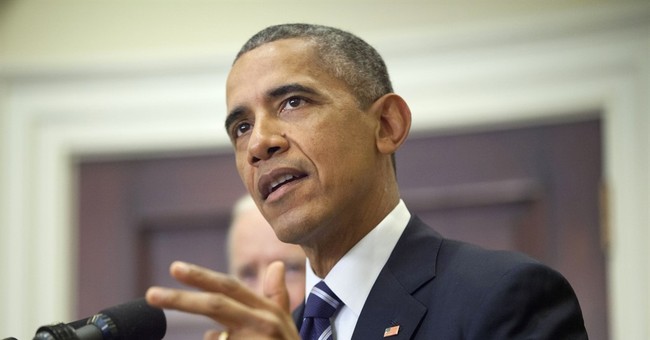 Editor's note: There is no historical record that Abraham Lincoln ever said or wrote the quote cited below. While Lincoln did deliver a speech to the Young Men's Lyceum of Springfield, Illinois on January 27, 1838, he did not proclaim, “America will never be destroyed from the outside. If we falter and lose our freedoms, it will be because we destroyed ourselves." Instead, Lincoln said, "At what point then is the approach of danger to be expected? I answer. If it ever reach us it must spring up amongst us; it cannot come from abroad. If destruction be our lot we must ourselves be its author and finisher. As a nation of freemen we must live through all time or die by suicide."

In 1838 Abraham Lincoln spoke before the Young Men’s Lyceum of Springfield, Illinois and made the observation that “America will never be destroyed from the outside. If we falter and lose our freedoms, it will be because we destroyed ourselves”. In this speech, Lincoln, a Republican, was partly referring to the dangers of slavery.

In this same speech Lincoln also warned that a “tyrant” could take over the American political system from within. Lincoln went on to say that to prevent this Americans needed to “cultivate a political religion that emphasizes a reverence for the laws". An admonishment that we as a nation and a people must hold the Constitution of the United States and the laws that govern us as preeminent.

Aside from arguably being the greatest American president, and the one person with the strength of conviction and character to lead this nation through such terrible times as the War Between the States when brother fought against brother, was Lincoln also a prognosticator of future events?

Considering the current condition of our republic, both domestically and on the world stage under the presidency of Barack Obama, perhaps Lincoln could see into the future and was foretelling what we as a nation need be mindful of and protect against. Destroying ourselves from within, and allowing a tyrant to take over the American political system.

We have reached a time in American history where a president governs by edict rather than by the consent of the governed. Those that Barack Obama has surrounded himself with to help him govern also seem to feel as though the voices of Americans don’t matter. After all, as far as they are concerned we don’t really know what’s good for us. They know better.

Our country has been turned upside down. We have public high schools being directed by the federal government to allow an anatomically intact male student who “thinks” he’s a girl to take a shower with other teenage girls. Instead of doing what the young man really needs, which is getting him into psychiatric counseling.

A former soldier, dishonorably discharged and serving thirty-five years in a military prison for giving away secrets to our enemies starts calling himself ‘Chelsea’ instead of ‘Bradley’, and the American taxpayers end up being stuck paying for hormonal therapy so that ‘he’, can feel more like a ‘she’.

Israel, our closest ally in the Middle East faces threats from every direction simply for wanting to exist, and the Obama administration pushes them aside to embrace a tyrannical terrorist regime in Tehran. An Iranian regime mind you that is responsible for the deaths of countless Americas, and one who still abducts Americans at will and holds them hostage as political pawns. Something it has done repeatedly in the past.

Both major political parties in America have lost touch with the constituents they were elected to serve. Our political campaigns have become circus acts choreographed by ‘opposition research’, the traditional news media, and political candidates who haven’t had an original thought in their lives and simply parrot what ‘behind the scenes advisers’ tell them the American electorate wants to hear. And with no intention of carrying out any of their promises if they are ever elected.

When people like Harry Reid and Nancy Pelosi can actually get elected in the first place, much less re-elected over and over again it shows there is something critically wrong with America.

Republicans have no corner on the market for ‘leadership’. Career politicians like John Boehner and Mitch McConnell have proven that they are incapable of ‘leading’, and have shown they lack moral courage and are simply cowardly and unwilling to do whatever they can to prevent and undo the damage that has been done to this country, and continues to be done by the Obama administration.

In America we have such amazingly talented individuals, yet we keep getting stuck with people Like Reid, Pelosi, Boehner and McConnell, not to mention Hillary Clinton and Obama. Something is dreadfully wrong with an America that produced Abraham Lincoln, yet saddles us with the career politicians this country has had to endure for decades now.

A fight that will become even more desperate in the remaining time that Obama has left in office to try to complete his “fundamental transformation of the United States of America”.