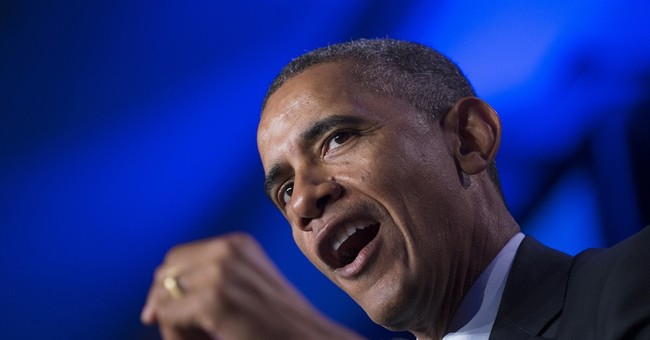 As each day passes it is becoming more and more apparent that the Obama Administration’s grip on reality with regards to the terrorist threats faced by this country is fast slipping away. The reality is far different from the rosy picture that’s being painted by Barack Obama and his minions, and being spoon-fed to the American people.

According to the Director of National Intelligence James Clapper, “in his fifty-plus years he has never seen so many threats facing our nation”. Comments made by Clapper that were supported recently by the newly retired head of the Defense Intelligence Agency Lieutenant General Michael Flynn. Both highly respected career intelligence officials.

Add to that the comments made by the Director of the Federal Bureau of Investigation James Comey, who stated publicly that his agency has active investigations into ISIS in every single American state.

By contrast we have Secretary of State John Kerry telling us the world is a much safer place under Barack Obama. And National Security Advisor Susan Rice has told us recently that “global warming” presents the biggest threat to our national security.

Who’s kidding who ? Are we to believe this administration that is made up of people with no experience in intelligence collection or analysis prior to setting foot in the White House, or should we believe the people who have invested decades of their lives conducting intelligence activities and defending and protecting this country ?

Have our intelligence agencies let us down in the past ? Sure they have, the ‘art’ of intelligence collection and analysis is just that, an art. It’s not a science, though often times technology and scientific principles are employed to try to help reach the best conclusion about an adversary’s intentions.

As President Bush was being trashed and accused of all manner of malfeasance for the invasion of Iraq, what was conveniently forgotten by the news media and their allies in the Democratic Party is that when he was in the White House President Bill Clinton also accused Saddam Hussein of possessing WMD’s.

At one point or another John Kerry and Al Gore also did the same. And even then Senator Hillary Clinton publicly proclaimed that Saddam Hussein possessed weapons of mass destruction. All of the intelligence available at the time indicated this to be true.

After the fall of Saddam’s regime it was discovered that Saddam himself thought he possessed WMD’s ! No one was stupid enough to tell him otherwise out of fear of being held responsible, and finding oneself hanging from a meat hook in a basement somewhere in Baghdad.

When the highest level sources themselves believe what they are telling you is true, and when the combined intelligence services of your allies around the world believe it to be true, then yes mistakes can obviously be made. Such was the case in Iraq.

Since that time steps have been taken within the Intelligence Community to help prevent such a failure from happening again. Collection efforts and analysis have been refined and intelligence products are provided that indicate the basic facts that are known, or that are suspected with a high level of confidence. And the intelligence community clearly believes that ISIS presents a clear and present danger to the United States of America.

So while Barack Obama continues to commit fraud as he makes light of the current threats we face, likening them to the nightly news at a local TV station where “if it bleeds it leads”, America’s safety and security are hanging in the balance. And it’s more apparent than ever that Clint Eastwood was spot on target when he said, “Obama is the biggest fraud ever perpetrated against the American people”.