Is America Too Caucasian? 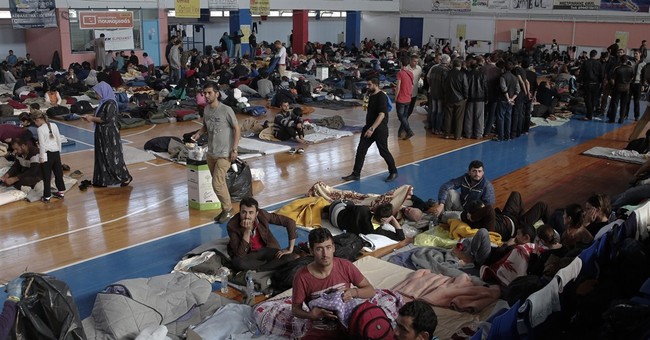 At the time I thought it was rather curious, why would someone say “We live in the greatest country on the face of the earth, join me as we fundamentally transform the United States of America”? It begs the question why - if something is “the greatest” there is - would anyone want to “fundamentally transform” it? Transform it into what? What could possibly be better than “the greatest”? It doesn’t make a lot of sense does it? Then again not much of what this administration has done has made a lot of sense.

That is unless one takes into consideration that the fundamental transformation might just be to change the demographics of this country. To ‘brown it down’ if you will. And in doing so increase the chances of furthering an extreme progressive agenda?

After all, it’s clear the president and his allies expect these new ‘immigrants’ for the most part will become obligated to vote for the Democratic Party, to insure that the steady flow of welfare benefits they will begin to receive continues. Much like the Democratic Party has done for decades to enslave black Americans.

For example, in June 2012, President Barack Obama announced he would be signing an executive order to stop the United States from deporting young illegal aliens from Mexico, allowing them to remain in the United States regardless of the fact that they entered our country illegally. Violating our laws and our national sovereignty in doing so.

Throughout the summer of 2014 America’s Southwest border has been deluged with more young illegal aliens, some of them just toddlers, who are crossing into our country illegally and diverting Border Patrol Agents from protecting America from dangerous drug smugglers and terrorists, and relegating them to playing babysitter.

These illegals are being dispersed across America in order to provide them the basic necessities of life. Does anyone truly believe that these budding new Democrats will be sent back to their country of origin? Have you ever known Democrats to willingly give up a potential voting bloc? There are dead people in Chicago who have been voting Democrat for years!

And if you do believe it then I have some nice ranchland on the border in Arizona I’ll sell you cheap. Just make sure if you decide to live there that you’re heavily armed to protect yourself against the Mexican drug cartels, who are crossing over freely because the Border Patrol is too busy changing diapers!

As President Obama prepares to take another executive action to stop all deportations of illegal aliens it’s beginning to look like the real reason behind it is to further change the demographic makeup of this country. Which he clearly anticipates will help him continue his “fundamental Transformation” of America.

Apparently he and his allies in the Democratic Party believe he won’t succeed with the way things are right now. Considering the recent election there’s just not enough people yet voting Democrat.

Which apparently means there’s just too many Caucasians in America!