You Blew It! ObamaCare Increases Food Stamps Even as the Economy Improves 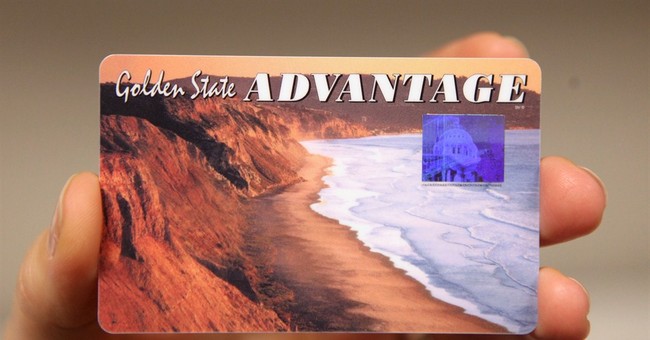 We now have new meaning to the Affordable Care Act that brought us ObamaCare: more Americans can afford to be on the public dole.

Just as the economy is supposedly improving, with the unemployment rate down to 6%, more and more Americans are now on food stamps. Oh, sorry, I mean SNAP, a new acronym that stands for the politically correct Supplemental Nutrition Assistance Program. Around 46 million Americans get food stamps.

But whatever name you use, it means hard-working taxpayers are forced to shell out their hard-earned money to pay benefits to the unemployed (the non-workers). The shame of the dole largely has disappeared but not completely. Two out of 10 Americans qualify for food stamps but don’t take them. They are some of the few out there who don’t believe in going on the dole.

Nevada, in particular, has seen food stamp usage shoot up 14% in the past year. Bureaucrats say it is because the new ObamaCare system has streamlined the program so that people can more easily go on food stamps. Getting enrolled in receiving the assistance is now as easy as SNAP.

Back in 1996, President Clinton and the Republicans pushed through the Welfare Reform Act that required able-bodied Americans to go off of food stamps and welfare after five years, and it worked. The number of people on food stamps and Medicaid declined for the first time in years. But then the Great Recession hit, and the Welfare Reform Act was overturned. Now, we have a permanent welfare class. If we are not careful, it may grow so big that the great American experiment in democracy will end like it did in Rome.

In case you missed it, I encourage you to read my e-letter column from last week about how to raise the minimum wage without legislation.