Drew Johnson
|
Posted: Jun 06, 2021 12:01 AM
Share   Tweet
The opinions expressed by columnists are their own and do not necessarily represent the views of Townhall.com. 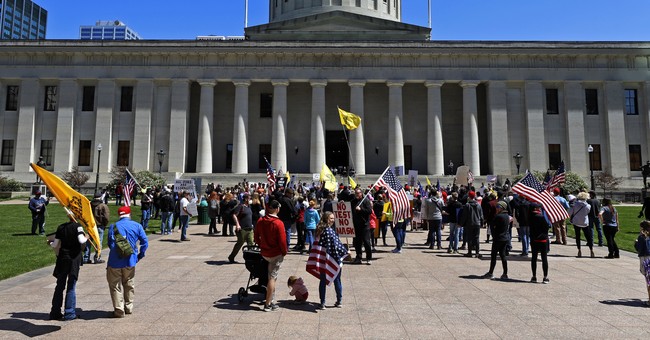 A dozen candidates are set to compete in August’s Republican primary to fill Ohio’s vacant 15th Congressional District seat. But one candidate in the crowded field has caught the eye of government watchdogs and principled conservative insiders for all the wrong reasons: Ohio State Representative Jeff LaRe.

Some of LaRe’s largest campaign donors were indicted in a massive Buckeye State corruption scandal. Further, LaRe is allied with a shady team of “Never Trump,” pro-Biden Republicans who worked to undermine Republican values in Ohio and across the nation.

Still, that didn’t prevent LaRe’s candidacy from receiving a shocking boost earlier this week when he was endorsed by former U.S. Rep Steve Stivers. It was Stivers who created the vacancy when he resigned from Congress in April to become the president and CEO of the Ohio Chamber of Commerce.

But what really sets LaRe apart is his lack of political credibility and the unprincipled characters that comprise his inner circle.

Last summer, five people were arrested on federal racketeering and bribery charges related to “a significant conspiracy” to help direct a billion-dollar taxpayer bailout to prevent aging Ohio nuclear facilities from closing. The group allegedly received about $60 million as part of the scheme.

The indicted individuals are some of the key players in LaRe’s political career.

One of the ringleaders of the conspiracy is former Ohio House Speaker Larry Householder. While serving as Speaker, Householder was vital to LaRe’s appointment to a vacant state house seat in 2019. Jeff Longstreth, an adviser to Householder, was also indicted.

The other three men arrested -- Matt Borges, Juan Cespedes and Neil Clark -- are lobbyists who have been major donors to LaRe’s political campaigns. In fact, Cespedes was LaRe’s top individual donor during the 2020 campaign cycle, donating $13,000 to LaRe’s state house campaign. Borges was also among LaRe’s 10 largest donors.

Borges’ Right Side PAC poured money into encouraging Republicans in key swing states, including Arizona, Michigan, Wisconsin, Pennsylvania, Florida and North Carolina, to vote for Biden and other Democratic candidates.

Not only did Biden become President, but Borges helped the Democrats take control of the Senate. Some election analysts believe “Never Trump” Republican efforts like Borges’ super PAC provided Democrats with their winning margins in ultra-tight U.S. Senate races in Michigan and Arizona.

Additionally, Matt Carle and Ben Kaiser, two Ohio-based political operatives alleged to be working with LaRe’s campaign, previously led anti-Republican, “Never Trump” organizations. Carle served as executive director of New Day for America, a super PAC that spent $2.5 million attacking Trump. Leaked emails obtained by the New York Post indicated that Kaiser, along with Borges, were part of a secret effort to boost GOP support for Biden during the Iowa caucuses and the New Hampshire primary.

LaRe is friends with – and has pocketed thousands of dollars in campaign cash from – the very people who masterminded a multimillion-dollar bribery scheme aimed at snatching more than $1 billion from taxpayers. Additionally, even though he is running as a Republican, LaRe is closely allied with people who supported Joe Biden and helped the Democrats take control of the Senate.

Because of the close partisan split in the House of Representatives, the novelty of the number of candidates vying for the seat, and the unique timing of the special election, the battle for Ohio’s 15th District is expected to draw considerable national interest.

With the eyes of the nation upon the district, the last thing Republicans can afford is to allow a precious House seat to fall into the hands of someone with little political experience, questionable principles and close ties to criminals who exploited their government ties to try to make a quick buck off the backs of taxpayers.

In a field of a dozen candidates, there are 11 better choices than Jeff LaRe.

Drew Johnson is a political columnist and government watchdog who writes about government transparency, wasteful spending and abuse of power.