Drew Johnson
|
Posted: Apr 10, 2020 12:01 AM
Share   Tweet
The opinions expressed by columnists are their own and do not necessarily represent the views of Townhall.com. 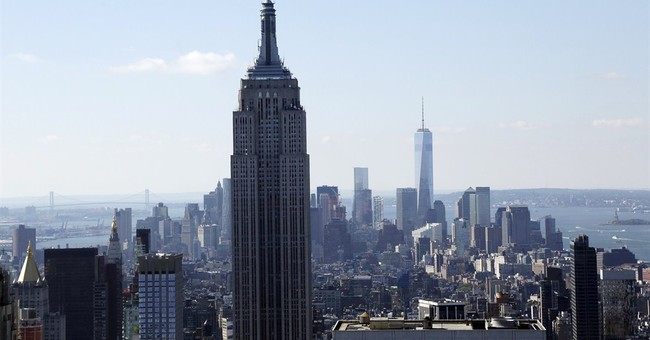 Ever wonder why it took just over a year to build the Empire State Building – but can easily take three years or longer to build a new road today?

One reason is the National Environmental Policy Act, a 50-year-old law that requires the federal government to conduct environmental reviews of all infrastructure projects. Since the law's inception, these reviews have become tedious and expensive.

In an effort to speed up infrastructure projects, the Trump administration is working to change how government agencies implement this law.

The administration's plan would streamline NEPA assessments while maintaining environmental standards. That will save millions of taxpayer dollars and help restore our infrastructure to its former glory.

Signed into law by President Nixon in 1970, NEPA was the country's first significant environmental policy. The law requires federal agencies to assess the potential environmental impact of every project that involves federal land or funding. Public and private entities often need to secure NEPA permits before they can fix roads, build bridges, or erect power lines.

Since it was enacted, the NEPA approval process has become costly, complex, and time-consuming. To receive a permit, applicants must comply with various sets of rules dictated by multiple federal agencies. Today, NEPA reviews often last more than four years and produce thousand-page environmental impact statements.

This process delays even the most straightforward infrastructure projects. Consider a recent proposal to raise the roadway of the Bayonne Bridge -- which connects New York and New Jersey -- by a mere 64 feet. The proposal spurred a five-year, $2 million NEPA review that produced around 20,000 pages of documentation.

Environmental groups also exploited NEPA's opaque regulations to drown the Bayonne Bridge project in a sea of litigation. Activists frequently employ such tactics to bog down projects on the cusp of approval.

Delays like this have left American infrastructure in desperate need of repair. The Department of Transportation estimates our roads and bridges need $800 billion of improvements. Maintaining our nation's water systems will cost more than $632 billion over the next decade. And a fifth of all passenger rail lines are in "poor condition."

Shoddy infrastructure financially strains American families. Expenses like the rising prices of goods as a result of slower transportation times, time and fuel wasted during commutes, and an aging electricity grid all eat into family budgets. Infrastructure deficiencies will cost every U.S. household $3,400 per year in disposable income until 2025, according to the American Society of Civil Engineers. If left unchecked, subpar infrastructure will cost more than $5,000 per household annually starting in 2026.

Ironically, NEPA even impedes green energy projects that could help the environment. Consider the Cape Wind project, a Greenpeace-backed plan to erect a wind farm off the Massachusetts coast. The project's NEPA review was marred with lawsuits and took more than a decade to complete. Cape Wind was abandoned in 2017, after burning through $65 million of private and public money.

Fortunately, the Trump administration has devised a way to stop these needless delays without compromising the rigor of environmental reviews. The administration's plan would place a single federal agency in charge of every NEPA review, and direct all agencies to complete these reviews within two years. Agencies would also have the ability to use existing data when possible, in order to further streamline reviews.

Over the past 50 years, NEPA has gone from an effective environmental policy to a regulatory roadblock. The Trump administration's plan will slice through the red tape and make this law work for Americans once again.

Drew Johnson is a government watchdog and environmental policy expert who serves as a senior fellow at the National Center for Public Policy Research.