Drew Johnson
|
Posted: Jul 16, 2019 2:50 PM
Share   Tweet
The opinions expressed by columnists are their own and do not necessarily represent the views of Townhall.com. 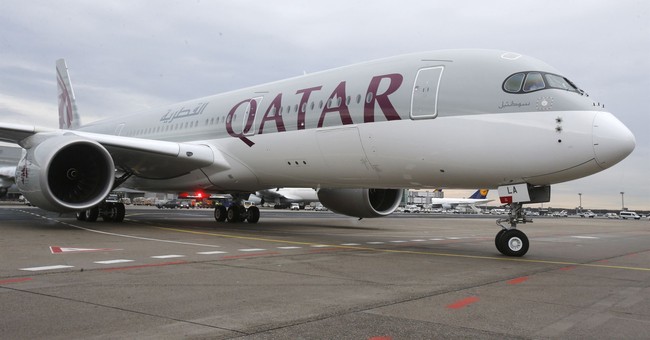 While the order is good news for beleaguered Boeing, which is still reeling from the crashes and groundings of its 737 Max jets, Trump should’ve used the opportunity to hold Qatar and Qatar Airways accountable for a devious scheme to violate its Open Skies agreement with the United States.

Open Skies pacts are intended to level the playing field among international carriers by eliminating government subsidies to airlines and curtailing political involvement in business decisions such as routes and pricing. The agreements are very common; the U.S. maintains Open Skies arrangements with 126 countries throughout the world. In an overwhelming majority of instances, the agreements are followed and respected. America’s Open Skies pact with Qatar is a rare and troubling exception.

Unfortunately, Qatar was back to its old ways before the agreement was even finalized. Qatari officials concocted a shady way to sidestep Open Skies and both subsidize an airline and launch new routes to America.

Secretary of State Mike Pompeo promised members of Congress the Trump administration is working to address the problem.

"I have personally engaged in this issue and we are working to make sure every party to those agreements complies with every element of those agreements. The U.S. government sees what's going on…,” Pompeo told lawmakers. “It’s not fair. It’s not right.”

In the meantime, though, Qatar’s Air Italy charade is making Congress and the administration look ridiculous.

By ignoring its Open Skies agreement with the U.S., Qatar is jeopardizing the relationship between two strong allies. The situation is also setting a terrible precedent that the United States is willing to look the other way when countries aren’t playing by the rules – a precedent that could have dire consequences when it comes to trade and military negotiations in the future.

It is imperative that President Trump hold Sheikh Tamim to his commitment to the Open Skies agreement -- and send a message to Qatar that disregarding the pact will no longer be tolerated by the United States.

Drew Johnson is a government waste and watchdog columnist who serves as a Senior Fellow at the National Center for Public Policy Research.