A Leader and a Speech We Can All Appreciate 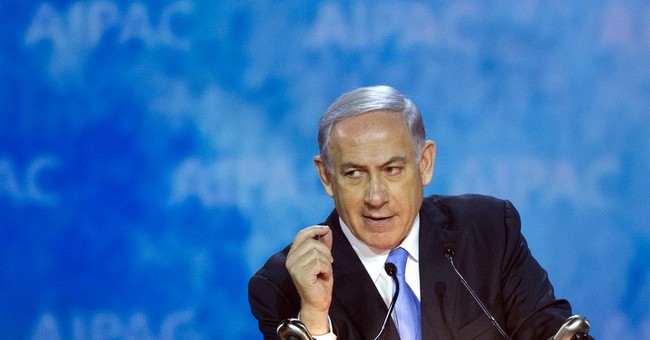 Israeli Prime Minister Benjamin Netanyahu showed great leadership when delivering his speech to a joint session of Congress regarding America's potential nuclear deal with Iran. History and our past relations with Netanyahu indicate that the prime minister has earned some trust, and no matter what side of the aisle we stand on, we must stand with Israel.

Last December, I had the magnificent opportunity to travel to Israel and visit many historical sites of spiritual importance. After speaking with many Israeli citizens and witnessing firsthand the beauty of a nation with so much pride, I could not help but think of how we as the United States have a strong Judeo-Christian heritage. Israel is one of our strongest allies, and acknowledging the history that we share is important to our identity and to the promising value system we maintain.

The country of Iran continues to conceal aspects of its nuclear program, and thus its compliance is heavily questioned. Iran's regime and its quest for nuclear weapons is not merely a Jewish problem, but rather it poses a substantial and realistic threat to world peace. As was expressed by Netanyahu, things undoubtedly will become worse if there is a deal that gives the Iranians protection and enables them to continue flagrantly operating secret nuclear facilities (as they had been doing in Natanz and Qom) while ostensibly invested in a diplomatic process with the United States.

We must not allow them to continue to enrich uranium and maintain their enormous nuclear infrastructure. According to estimates, Iran could have 190,000 centrifuges enriching uranium within a matter of weeks. A "breakout time" to a nuclear bomb ("breakout time" referring to the amount of time it takes to accumulate enough weapons-grade uranium or plutonium for a nuclear bomb) would be approximately one year, according to U.S. assessment. In February of 2014, the Institute for Science and International Security estimated this time period to stand at roughly two months.

Meanwhile, the IAEA (or the International Atomic Energy Agency, which is the United Nations' nuclear watchdog agency) continues to report that Iran refuses to be transparent with IAEA inspectors about its military nuclear program. The current deal with Iran allows for various concessions, including the inability to destroy any nuclear facilities, as well as enabling all restrictions on Iran's nuclear program to automatically expire in a decade. Does that sound comforting to you?

As the United States works to prevent Iran from acquiring a nuclear weapon, we are also dealing with ISIS as a formidable enemy that threatens our way of life. Every resource available should be used to eradicate the threat of ISIS while it is still in its adolescent stage. That means using every military apparatus we have: banking facilities, sanctions, you name it. And I would not hesitate to put boots on the ground, because nothing should be off the table.

This whole concept of "no boots on the ground because of what happened in Iraq" is silly. The threat that Saddam Hussein and al-Qaida posed at that time was on a completely different level from what we are looking at now. It is immature to equate the two in terms of reactions. ISIS wants to destroy our way of life and us. We have two choices: We can sit back and wait for them, or we can use the resources we have to destroy them.

We need to be the leader and take serious action. I am extraordinarily concerned about the fact that we are not responding to the barbaric acts that are taking place, as there is a tremendous leadership void. A coalition will form if it has a leader.

I would commit everything to eliminating ISIS right now. We have to make sure that our military, which is extremely talented and maintains very good leadership, is not put into a compromised position where we are trying to micromanage things. Otherwise, we will be exposing many people to a state of grave danger.

Across the globe, citizens are dealing with an evil in today's society that is threatening Christians, Jews and anyone who does not believe as ISIS does. If we allow it to continue to grow, it will become a big tree with lots of branches and roots, rather than the bush it is now. The lack of an adequate response to both ISIS and Iran will endanger not only us in the long run, but the entire world.

Ben S. Carson is professor emeritus of neurosurgery at Johns Hopkins University and author of the new book "One Nation: What We Can All Do To Save America's Future" (Sentinel). To find out more about Ben Carson and to read features by other Creators Syndicate writers and cartoonists, visit www.creators.com.

Dems Once More in Disarray, as NYT Reports Biden 'Irked' By Party Members Questioning His Plans for 2024
Townhall
Cassidy Hutchinson deemed as ‘reliable’ over her memory about ... ketchup?
Twitchy
More Implosion of Hutchinson's J6 Claims as Adam Schiff Steps in It Big Time on CNN
Redstate
Another J6 Trump 'Bombshell' Outed as a Hoax!
PJ Media