We Have Met the Enemy, and He Is Not Us 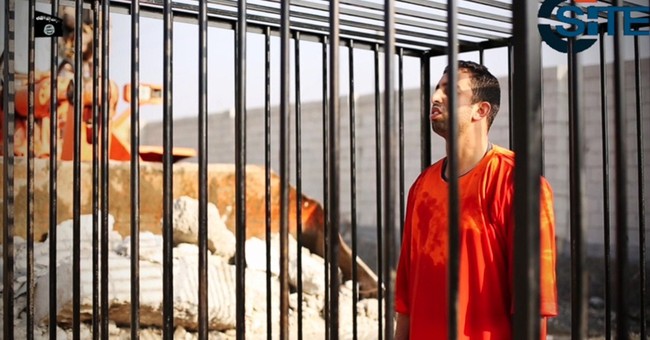 The graphic pictures of a Jordanian pilot being burned alive by militants from the Islamic State, or ISIS, were chilling and raised doubts about the humanity of the Islamic terrorists capable of such barbarism. This coupled with beheadings and crucifixions gives us a better understanding of the evil we, along with the rest of the world, are facing.

These terrorists have stated their intention to annihilate Israel and to destroy the American way of life, which they consider corrupt and evil. Undoubtedly, we in America have our faults like every other country inhabited by human beings, but it requires the suspension of knowledge of accurate American history to believe, as some do, that we are the source of much of the trouble in the world. Conditions in the world have improved more dramatically since the advent of the United States than at any other time in human history. Our innovation and compassion have provided one of the highest standards of living in the world while lifting conditions in many other nations.

Understanding that we are not evil makes it easier to identify evil elsewhere and to combat it effectively. When we accept the falsehood that everyone is equally bad, and, therefore, we have no right or obligation to interfere with atrocities occurring elsewhere in the world, we facilitate the development and growth of groups such as ISIS, which are not dissimilar to the adherents of Adolf Hitler, who also aspired to world domination. An objective analysis of American history will demonstrate that we were late in joining the efforts of others to combat evil during both World War I and World War II. Hopefully, we have learned from these mistakes that it is better to fight enemies while they are in their adolescent stages than to wait until they have fully matured and pose a much greater threat.

I certainly do not believe that we need to involve ourselves in every conflict on the planet, and I believe we involved ourselves in the Vietnam conflict without clear goals or strategies. Hopefully, we learned from that experience that it is neither wise nor correct to try to impose our way of life on others. I also believe that there were better ways to handle Saddam Hussein than a full-fledged military confrontation. Those better ways would have involved a plan for Iraqi leadership over the long term. These unfortunate experiences have made some gun-shy to the point that they probably would rather be invaded than adopt an offensive war posture.

This is a critical time in the history of the world, and we must clear our heads and think logically about the consequences of underestimating the threat posed by a host of Islamic terrorist groups. It is clear that they have a plan that they believe will yield a victory in their quest for world domination. Some in our country are arrogant enough to believe such a goal is preposterous. Others believe our time has come and gone and resistance is useless.

Both of these beliefs are absolutely wrong and do not take into account the strength and resolve inherent in the American character. The battle we are entering will be difficult and fraught with surprises, but as Winston Churchill said, "You ask, what is our aim? I can answer in one word. It is victory. Victory at all costs. Victory in spite of all terrors. Victory, however long and hard the road may be, for without victory, there is no survival."