Americans, Like the Founders, Must Gather the Courage that Forged a Nation 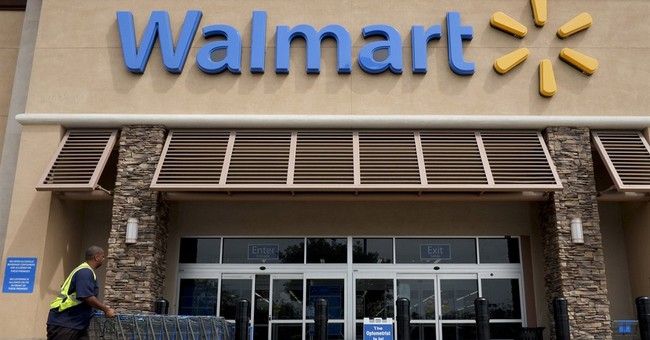 It should come as no surprise to most thinking people that Wal-Mart, like many other large employers, recently announced it would be suspending health-care benefits for part-time workers. This is really a double hit on workers: In many cases, they previously had full-time jobs with 40-hour workweeks before being reduced to part-time status and now losing their health benefits.

The "Affordable Care Act," which probably seems less affordable to most Americans as we find out more about it, is the cause of this unnecessary misery. When the employer mandate, which is part of Obamacare, is activated early next year, tens of millions more Americans will face dramatic hikes in the cost of the health care they currently receive or will lose it altogether. The current administration understood that this would happen, which occasioned the issuing of several executive orders delaying the implementation of the employer mandate until after the November 2014 elections.

The thing that is most disturbing to me about this government-manufactured attack on the well-being of hardworking American citizens is the apparent contempt for the intelligence of the American populace. These kinds of maneuvers assume that many citizens are not bright enough to realize they are being manipulated politically and that things that impact them so negatively are being pushed off until after an election, when they willingly give their votes to the very people who are using them.

The same slick politicians who convinced large portions of the populace that Obamacare would be the panacea for all of their medical needs, and that you could keep your doctor and your insurance if you were satisfied with them, also told us that the IRS scandal was phony and that pertinent records and emails coincidentally disappeared from the computers of the main people under suspicion. They also want people to believe the tragedy in Benghazi was the result of an inflammatory video and that anyone questioning the veracity of such a scenario is clearly a partisan troublemaker who dislikes the current administration.

The list of problems is too long for this article, but any objective individual would not have a difficult time understanding that Americans are faced with a less than honest government, as well as a press that has forgotten why it is protected by the First Amendment. The Founders envisioned the press as an ally of the people, rather than an arm of a political ideology. All of us, including the press, must learn the difference between policies that are pro-America and anti-America, and to recognize those that are meant to benefit a particular party.

This situation leaves "we the people" with an incredibly important choice regarding our relationship with those who govern us. We can go along to get along and make sure that no one calls us a nasty name or challenges our comfort -- or, like the patriots who preceded us, we can embrace the values and principles that once gave us a strong identity as a "can-do nation" with strong faith and compassion.

Those are the values that allowed a ragtag army during the American Revolution to defeat the most powerful military force on Earth. They did not possess a superior fighting force or ingenious strategies, but they did hold strong beliefs, for which they were willing to die, while the British soldiers were just following orders. That same kind of conviction today could lead us to become informed voters and exercise the powers vested in us courageously.

Historically, during great cultural clashes, those with strong convictions and beliefs have overcome those with weak convictions, who have lost their identity. We are now involved in a worldwide conflict with forces that wish to destroy America and our way of life. We can capitulate to the forces of political correctness and surrender everything that made us strong and unique for the sake of not offending anyone, or we can proudly embrace the values and principles that made us great, honor our Constitution and place our trust in God. This is our best safeguard.