Courage Learned in Classrooms and at Kitchen Tables Can Thwart Despair 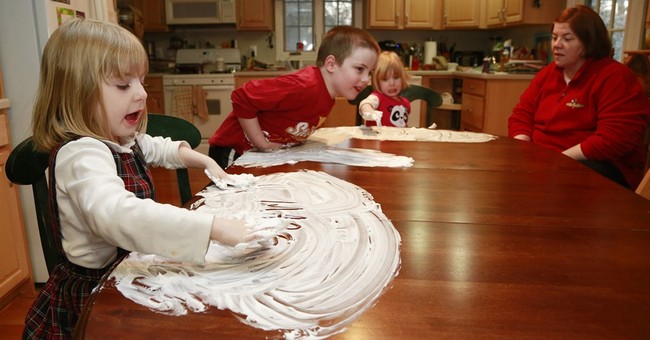 Trending
We have heard much about the tragic events in Ferguson, Mo., during which a young man lost his life, a community became enraged and many differing definitions of justice emerged. All human life is precious, and we should be concerned when any life is prematurely terminated, regardless of the circumstances. If we as a society could focus the same kind of attention on the everyday murderous carnage that threatens the vitality of many of our cities, perhaps some meaningful solutions could be found.

Growing up in inner-city America, I witnessed many instances of premature death, usually inflicted by other inner-city residents. I also witnessed many stories of triumph that produced successful individuals out of the same environment. Perhaps it would be worthwhile to study the factors that led to success instead of tragedy in the same environment. Obviously, volumes have been written about this topic, on which many consider themselves experts. In many cases, the observations and analyses are accurate and thought-provoking, and in many cases, they are cowardly and pandering.

There is a long list of factors highly correlated with success regardless of the environment. They include strong supportive families, a sense of personal responsibility, good role models, faith that produces a sense of purpose and values, hard work, confidence, courage, an emphasis on education, and caring neighbors. As many who have read some of my books know, I have written volumes on all of these topics, and all are deserving of much attention, but in this limited article, I will focus on the last three.

We live in an increasingly technical world, where knowledge is power. Even in an economy that is stagnant, it is still relatively easy to obtain a good job when one has acquired the requisite knowledge and skills. Many sophisticated jobs go begging or have to be filled by foreigners because we are not producing technical graduates in sufficient numbers. We must also look at successful educational models, including charter schools, and insist that they be made available to inner-city students. There are a number of excellent reading-room programs throughout the country that incentivize students, particularly from Title I schools, to learn to enjoy reading, which profoundly decreases the dropout rate later on. Lack of education in this country is a major barrier between the haves and the have-nots, and we must concentrate on it.

I remember as a child referring to some of the older neighbors as crotchety and mean because they never let us get away with wrongdoing. We thought they should mind their own business, and I even remember some instances where their windows would be purposely broken. In retrospect, they were the very ones who kept us out of trouble, and obviously, they usually cared deeply about our welfare. The me-first mentality that has infected our society, along with the fear of retribution, has largely extinguished these kinds of neighbors in many cities today. Given the level of violence, one can hardly blame people for keeping their mouths shut, but we must also realize that if we don't nip bad behavior in the bud, it only grows, creating more intimidation, and the vicious cycle continues.

Courage from the kitchen table, the pulpit, the classroom and the streets was prevalent when I was a child. Many people had no problem publicly denouncing deleterious behavior even if it made them temporarily unpopular. Fear of being called names or being proclaimed out of touch has paralyzed many in our inner cities, just as it has throughout the nation. We must realize that we are all in the same boat, and we can sink together in the quagmire of fractious accusations and hatred, or we can rise together to previously unexperienced heights if we learn from past mistakes and embrace the principles that created, in record time, the greatest nation in history.

Ben S. Carson is professor emeritus of neurosurgery at Johns Hopkins University and author of the new book "One Nation: What We Can All Do To Save America's Future" (Sentinel). To find out more about Ben Carson and to read features by other Creators Syndicate writers and cartoonists, visit www.creators.com.