Douglas MacKinnon
|
Posted: Aug 12, 2018 10:50 AM
Share   Tweet
The opinions expressed by columnists are their own and do not necessarily represent the views of Townhall.com. 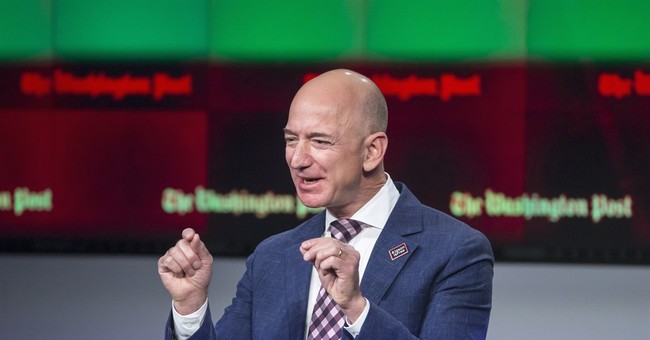 At what point do outlets like The Washington Post, The New York Times and CNN cross the line from being far-left sites who irrationally despise President Donald Trump to potentially inciting indiscriminate violence with truly despicable and dangerous words?

With one of its latest attacks on the President, The Washington Post shamefully reinforced that the point has long since been reached.

In an outrageous screed going after Trump titled “The Path to Autocracy is all too familiar,” the liberal propaganda sheet for the “Resistance,” attached a photo of “Hitler youth” gleefully burning books.

As irresponsible and disgraceful as that photo was, it paled in comparison to the words in the piece.

Fully understanding that multi-billionaire Washington Post owner Jeff Bezos may himself be biased against Trump and may not grasp – or choose to ignore -- the escalating danger of such potentially violence-inciting pieces, there are still some well-respected “adults in the room” at the paper who most certainly do understand that threat.

Where are their voices? Why are they silent? Who has the courage and decency at that paper to say that these reprehensible connections of the President of the United States to Hitler, the Holocaust, and genocide must stop?

Not only are they obscenely insulting to the millions of Jews and others put to death by Hitler and his collection of Nazi psychopaths, but they are purposeful lies seeking to facilitate a desired political outcome for reasons of ideology.

Ironically, in this latest piece of far-left propaganda, the writer invokes the name of Hitler’s chief propagandist Joseph Goebbels while quoting him as saying: “Certainly we want to build a wall, a protective wall.”

Unless they publically condemn it – which they should do immediately in the strongest possible terms – Jeff Bezos and the leadership of The Washington Post are signing off on a vile comparison of President Donald Trump to Goebbels.

The Washington Post’s much-mocked tag-line -- even by liberals – states: “Democracy Dies in Darkness.”

What could be “darker” than an American news organization working in concert with elements of the far-left to delegitimize, destabilize, and potentially bring down a constitutionally elected President of the United States?

Every single one of them knows this is falsely dangerous partisan trash masquerading as “news” or “opinion” and yet they all remain silent.

`Why? Does their own political bias and hatred of President Trump prevent them from being ethical, honest, and speaking the truth?

Words do matter, and this writer and The Washington Post are counting on that.

But at what eventual cost?

Are they prepared to accept responsibility for the injuries, deaths, and destruction of property that may come about because of their wretched insinuations and outright lies?

This is not some Socialist anarchist group spot-welding these contemptable words and analogies to the President. It is The Washington Post itself comparing the President to a “Demagogue,” a “Dictator,” “Goebbels,” and “Hitler” himself.

It is The Washington Post intimating that the “social and political forces that brought a murderous regime to life through a democratic system” are being recreated today.

For the safety and the lives of American citizens, this treacherous rhetoric must stop.

***Douglas MacKinnon is a former White House and Pentagon official and an author.