Only YOU Can Stop the Hate-Driven Far-Left and... Save Your Country 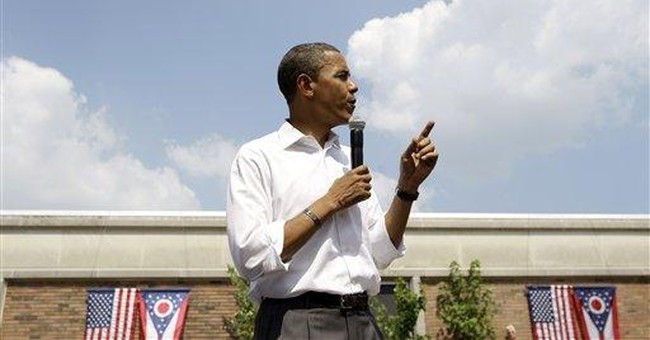 To paraphrase world renowned environmentalist Smokey the Bear, only YOU can stop the hate-filled liberals, their unethical handmaidens in the media, and protect your nation in the process.

When asked several months ago, why he might be considering voting for and supporting the Republican nominee for President, Connecticut now-Independent Senator Joseph Lieberman said quite simply and truthfully, “because this is the most important election of my lifetime.”

Joe Lieberman was born during the middle of World War II.  He has lived through the Korean War, the Cold War, and Vietnam.  With that life and experience behind him, he still said what he said.  Why?  In a word, terrorism.

Contrary to the smug and biased beliefs of the liberal media, the American electorate is astute and up on its current events. Voters recognize that terrorism is not only the defining issue of our time, but one that will most likely be with them for the rest of their lives. With that understanding, most of these voters -- like Lieberman -- know that no one will be stronger or tougher on the issue of terrorism than John McCain.

In conversations I've had with past Pentagon colleagues as well as some of the current crop, a recurring worry has been relayed to me. It is this: If Barack Obama wins the White House, what happens to the Bush doctrine of basically killing these terrorists where they stand?

The biggest fear of many of these Pentagon and military officials is a fully reconstituted al-Qaeda -- or other terrorist organizations that have sworn to strike deep into the heart of the United States with nuclear, chemical or biological weapons. What, they wonder, will happen, if -- in conjunction with canceling the Patriot Act and ending or curtailing many of the tools needed to monitor those who have promised to kill us -- a President Obama decides that the Bush doctrine against terrorism is morally or ethically objectionable?  Should that happen, how long before these terrorist groups are back to full-strength?

With John McCain, most of these Pentagon and military officials — and most of the American people — know exactly what they are getting. They know they would be getting a president for whom war is not a theoretical or academic exercise.  But rather, a part of his life experience and wisdom.

The hate-filled liberals and their propagandists in the media understand that as well.  They know, that with regard to the defining issue of our times, John McCain makes Barack Obama look like the highly inexperienced “Professional Candidate” that he’s become.

So, to divert the attention of the American electorate away from the obviously unqualified Obama and this critical issue, the far-left and their assistants in the media, have recklessly decided to strike out from their home base in the gutter and shamelessly -- but entirely predictably -- attack Governor Sarah Palin and her daughter.

If you had started an office pool to guess as to when liberal “feminists” would falsely smear the accomplished Governor from Alaska, you would not have even had a chance to flip over the hour-glass before the attacks began.  Spearheading the assaults were Maureen Dowd of The New York Times and Sally Quinn of The Washington Post.

When I asked a respected Washington media personality about the Dowd and Quinn offensive against Governor Palin, this person said, “Look, to a large extent, Dowd and Quinn got where they are professionally, not based on their talent, but rather, based on their liberal views, their looks, or who they married.  Maybe they are reacting to their own insecurities when they go after a conservative woman who has actually done something to positively affect the lives of real people.”

No matter the reason, the disreputable attacks on the McCain-Palin ticket by false-feminists, the liberal wing of the Democrat party, and the liberals who control the mainstream media, are going to continue right up until election day.  That is a given.

As these liberals and much of the media try to hijack this election, the American people need to step back from the far-left cesspool, breathe some fresh air, and ask themselves the question that the highly respected Senator Lieberman has already answered.  That being, “With regard to the national security of the United States, the State of Israel, and our allies, who would the terrorists least like to see get elected?  McCain, a man who would use basically any means to hunt them down where they eat, sleep, and plan.  Or Obama, a man who would treat them as criminals, strip our military and intelligence services of the ability to question and monitor them, and prosecute our own intelligence operatives for “mistreating” proven enemy combatants?”

All who are honest about this subject know that the terrorists would least like to see McCain get elected.  It is for that very reason, that Lieberman has put country before party and is working to elect a man exponentially more qualified to protect our nation.

As the far-left in and out of the media continue to attack a child, the American voter needs to remember the ultimate truth:  Only YOU have the power to stop the hate and decide “the most important election of our lifetime.”  Vote.