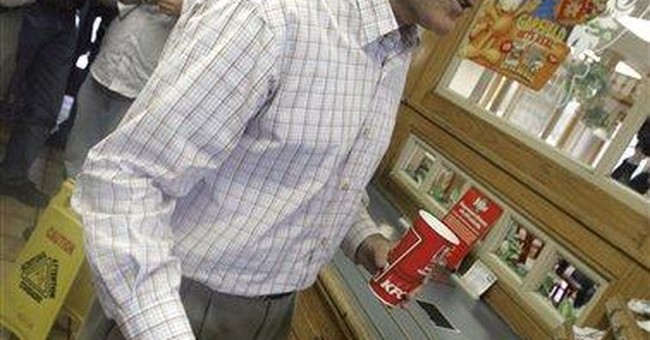 In one of the most telling moments of this primary campaign season, Brian Williams of NBC News, went out of his way to smear Mitt Romney and denigrate his religion, and none of the other Republican candidates on the stage bothered to come to his defense.

During last week’s GOP debate in Boca Raton, Florida, Williams exercised all the subtlety of David Duke when he dropped this bigoted statement on the former Governor from Massachusetts: “Governor, we’ve got an NBC News-Wall Street Journal poll coming out in the morning that says, among a lot of other things, 44 percent of respondents say a Mormon president would have a difficult time uniting the country.”

Uniting the country? Has NBC News decided that the United States is now a theocracy and must be united under a single religious banner? Was Williams channeling Abraham Lincoln and trying to unite the North and South? Or was he talking about uniting the country into believing fictitious polls?

The media manipulation inflicted on both sides during this primary season has been premeditated, dangerous, and outrageous. That two of the most far-left “news” organizations in the country would get together to draft a prejudiced question designed to illicit a preordained response in time to use it against Romney just before the critical Florida primary, demonstrates that they not only have no shame, but could care less who objects to their calculated tactics.

The NBC News-Wall Street Journal poll was manufactured by the same liberal franchise which declared, before one vote was cast, or one mile was traveled on the campaign trail, that highly experienced candidates like Duncan Hunter, Chris Dodd, Joe Biden, and Bill Richardson were “bottom-tier,” and should not be taken seriously or given any real time during the debates. These are the same “journalists” who inserted a freshman senator from Illinois with barely one year of experience, into the “top-tier,” declared that he would win New Hampshire in a landslide, and that Hillary Clinton would be exiting soon. These are the same “journalists” who state that if so and so candidate does not win the next primary, then he or she “is gone.”

Clearly, the mainstream media has not shown a reluctance to try and jury-rig the system. That said, one would have thought injecting an intolerant question aimed at Romney’s faith – a subject that has been attacked repeatedly by Mike Huckabee and others – would have been beyond the pale at this stage of the campaign. Especially since Romney addressed the issue in a major speech almost two months ago at the George H. W. Bush Presidential Library at College Station, Texas.

Understanding that, I was somewhat surprised and saddened to watch as John McCain, Mike Huckabee, and Rudy Giuliani all remained silent when their fellow candidate, fellow Republican, and fellow American, was slimed by the statement. To his credit, Mitt Romney remained dignified as he reminded Williams, NBC News, the mainstream media, and the other candidates, of one overriding truth: “I think when the Constitution and the founders said no religious test shall ever be required for qualification for office or public trust in these United States, that the founders meant just that. And I don’t believe for a minute that Republicans or Americans, for that matter, are going to impose a religious test when the founders said it’s as un-American as anything you can think of. I just don’t believe it.”

It is un-American, and yet, in the interest of self-preservation, McCain, Huckabee and Giuliani became mute and aided and abetted a left-wing hit job. Of course, of all the candidates on that stage, John McCain seemed the least inclined to criticize the progressive hands that feed him.

During the same Florida debate where Williams went after Romney, he glowingly stated that the New York Times was about to endorse John McCain in the morning. Why? What does the New York Times see in John McCain that makes them so giddy? For that matter, why have such far-left papers as the Boston Globe, the Concord Monitor, the Chicago Tribune, the Washington Post, the St. Louis Post-Dispatch, and numerous others, either outright endorsed McCain, or gushed over his candidacy?

Why does former president Bill Clinton say that Hillary Clinton and John McCain are “Very close?” Why does John McCain so eagerly confirm it?

As conservatives, Republicans, and Americans, what are we missing here? Why is the liberal media going out of its way to attack Romney while canonizing McCain?

Shouldn’t we dig a little deeper before we vote for a candidate deemed the “perfect Republican” by the mainstream media?