If Being Christian Means Being Pro-Open Borders, I Guess I'm Going To Hell

Doug Giles
|
Posted: Feb 21, 2016 12:01 AM
Share   Tweet
The opinions expressed by columnists are their own and do not necessarily represent the views of Townhall.com. 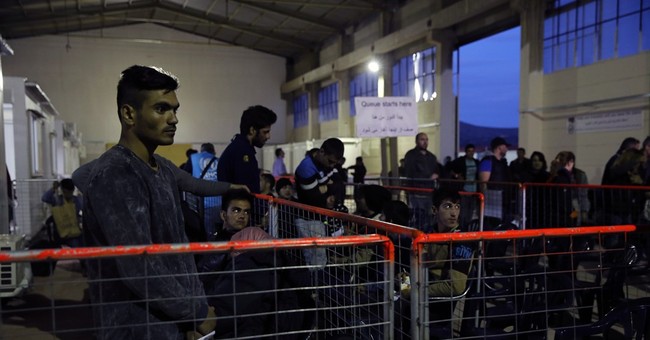 According to the Pope, Trump and others aren't Christians, no matter what they profess, if they're not cool with our borders' having bigger holes than Rosie O'Donnell's pantyhose after she tried to high step a four-strand barbed wire fence.

Yes, apostates, you must, according to his Highness, green-light porous borders and sanctuary cities, and blow off the rule of law, if you wish to be tight with his supposed best buddy, The Lord Jesus Christ.

Oh, and I almost forgot, you should also eschew capitalism if you desire to be in the good graces of God, according to the Catholic's glory boy's version of hippie Jesus. Which, by the way, is in stark contrast with the Gospel's version of Christ, who condemned lazy stewards and gave major props to the industrious.

You know... in a perfect world of pixie dust, unicorns, Hello Kitties, free North Slope trip weed and endless Cabernet-on-tap, I'd be down with the pontiff's pontifications of unfettered, free-flowing borders; but sadly, no such world exists this side of the sweet by-and-by.

Unfortunately, here and now, we have to contend with lawless, evil bastards that prey upon “good Christians' “ squishy, un-biblical stupidity like the smack that the Pope's dealing.

And, by the way, he's dealing it on a regular basis behind a wall that makes the fence around Stallone's abode look like a low-hurdle in the Special Olympics. Didn't Jesus once tell a religious leader who was being a wee bit hypocritical something like... “Physician, heal thyself”?

Speaking of Vatican City's ginormous wall, I believe it was rebuilt at the behest of Pope Leo IV in the 9th Century in order to protect Christians from Muslim invaders. So, which Pope should we poor dupes obey? I'm going with Leo over Francis. What about you?  Anyway...

In the spirit of Kum-ba-ya-ness, I challenge Mr. Pope to begin the immediate removal of his mondo wall around Vatican City and roll out the red carpet for the “poor Muslim refugees” from Syria. Either that, or cease preaching to us about how we should conduct our business.

Lastly, I bet there are many others like me who take umbrage with the Pope's acid test of being a Christian based upon being pro-open borders.

I'm pretty certain that the parents of Kate Steinle, a beautiful young woman who was murdered by an illegal alien, aren't too impressed with the Pope's point of view.

I'm also guessing that those who have been the victims of the 611,234 crimes committed in Texas alone from 2008-2014, including nearly 3000 homicides and thousands of sexual assaults, are also not too tickled with the Liberation Theologian's exhortations to build a bridge for more of this lawless, godless rabble to waltz on in, willy-nilly.