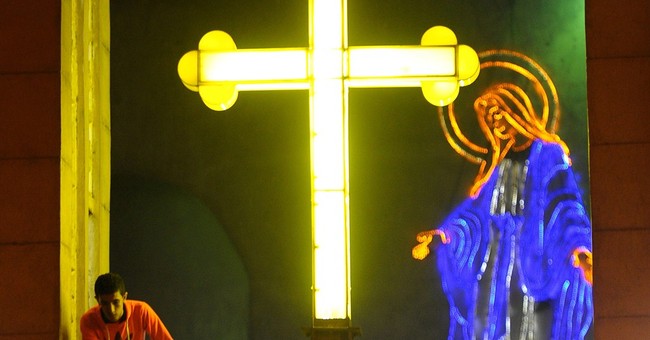 Hey, reader: have you ever noticed the lack of men in our culture nowadays?

Well, then allow me to be the first to tell you that you’re either…

a. Blind, undoubtedly deaf and you probably live in a van down by the river.

b. You’re simply not paying attention.

c. You are too young to have a historical reference point to when men were actually men and not giddy and roughed X-Factor hopefuls, or turkey-necked, unprincipled politicians, or earring sporting “ministers” of the “gospel”.

d. All of the above.

Now … please note that I didn’t say males but men; mature and responsible, demon-threatening machines who love leadership, the struggle and aren’t afraid to face head on internal or external obstacles and rank rubbish without crying like a chick about it.

This type of man is symbolized biblically in the prophet, patriarch, warrior and wild man; this is whom I am talking about as being more absent from our milieu than Miley Virus would be during an Os Guinness discussion about the leadership merits of Washington, Wilberforce and Solzhenitsyn.

I think this en masse societal distancing from masculinity and the systematic wussification of the male imago in a puerile environment of political correctness is more than just a flighty phenomenon. I think it’s a divine judgment.

I’m beginning to think old Yahweh is allowing this nation’s emasculation and letting American men morph into one big mangina. It’s not as dramatic as his previous plagues, but its effective, none-the-less, once the Peter Pans begin to rule the roost.

Yep, I still believe there is a God, and yes, I believe he’s still in the business of kicking a nation’s ass if it gets out of line; and by the looks of things, we’re out of line. Like, way out. Like, way, way, way out of line.

Like it or not, in biblical times God, if you take the Scripture straight, as I do my whisky, waylaid his wayward people when they became contumacious.

Typically, God usually did it via his normal tool bag of plagues, enemy attacks, pestilence, famine, festering butt itches, or through the means of a natural disaster like Barack Obama. Y’know … just a little “sumthin-sumthin” to wake up his people in an attempt to bring them back to their senses where they cease and desist their imitation of the various vacuous and idolatrous nations that surrounded them.

However, there is one holy butt whuppin’ that I find rather interesting and disturbing, which I’ve never heard pointed out by the increasingly scarce prophetic voices filling pulpits nowadays. It is the negative sanction Jehovah levied on Israel in Isaiah chapter three wherein he removed masculine leadership and the warrior from their midst, and egotistical chicks and Peter Pans ran the show.

Here’s a brief synopsis of Israel’s situation and God’s unique judgment of their rebelliousness drawn from Isaiah 3: 1- 26.

3. The Judgment: Isa.3: 1-5 -- God didn’t send a plague but instead he simply allowed for the systematic removal of masculine men from their nation; mighty men and warriors became a rare bird. Not only that but there was an eradication of judges, prophets, elders, captains of fifty, and honorable men. Does this ring a bell?

4. The Replacement Killers: Isa.3: 4-12 – The tools that filled the now vacant void of manly leadership roles were “lads” together with “capricious children and women (who) rule[d] them.” In other words, they said buh-bye to men of character, strength and integrity and said hello to flighty, whimsical narcissistic women and childish punks to govern their land.

5. The Resultant Affects: Isa.3: 5,12,25,26 -- The people were oppressed, youths stormed against the elders, the nobody was exalted over the somebody, spiritual deception ensued, the young men who would be men got squashed, the mighty ones died in battle, and eventually the nation regretted their chosen pusillanimous path and the land ultimately turned to crap.

Let’s recap shall we?

In Isaiah three, when God wanted to get the attention of his people who were in the process of blowing him off, in this instance, he simply removed masculine men from their midst and allowed selfish women and capricious males to run the place into the ground.

When the strong male presence was gone, then these three things became manifest in ancient Israel.

1. Israel’s prosperity got kicked to the curb.

3. Israel’s captivity by enemy nations became not an “if” but a “when” venture. Indeed, minus testosterone in the house, it was just a matter of time before they became one of the surrounding nation’s prison chicks.

And that concludes our little lesson from Isaiah chapter three.

No doubt, the caterwaulers will dog pile on me and call me nutty for even believing in God, believing he still doles out blessings and curses and that America could be in the crosshairs for committing similar infractions as ancient Israel. Which is cool. I get it. Being a Christian ain’t en vogue nowadays. To which I offer this challenge to the naysayers:

Go ahead, ridicule God, mock his standards and do the opposite of what his word says. Go for it. I dare you. Also, continue to morph boys into sensitive little girls. Mandate that the Marines wear girly covers. Make the rest of our military kinder and gentler. Exalt metrosexuality, skinny jeans and weepy men who wear long scarfs and women’s deep V T-shirts. Knock yourself out.

In addition, continue to elect spineless and vapid narcissists to office. The more the merrier. Blow off traditional values and elevate the freakiest stuff known to mankind. Let’s see what happens. Let’s see what happens when EBT cards and an entitlement culture take root in this formally can-do nation. Go for it, no nuts. Go ahead and say character doesn’t matter and ridicule masculine traits. I’m sure China, Islam, Russia, and our neighbors down south and Communists worldwide will cheer you on and support your push for Emasculation Nation.

I’m also equally sure that as the anti-masculine crowd sees the obliteration of strong, principled dudes within our nation they’ll be giddy and, no doubt, it’ll feel like an emancipation; but I’ve got a feeling that this “freedom” will be short lived and our new path will lead to a brick wall, as it did in Isaiah chapter three.

But who knows? Maybe, the Bible could be full of fairy tales and Obama could really be on to something. I guess we’ll just have to wait and see, eh?