If It Was Up to Obama, This Woman Would be Dead 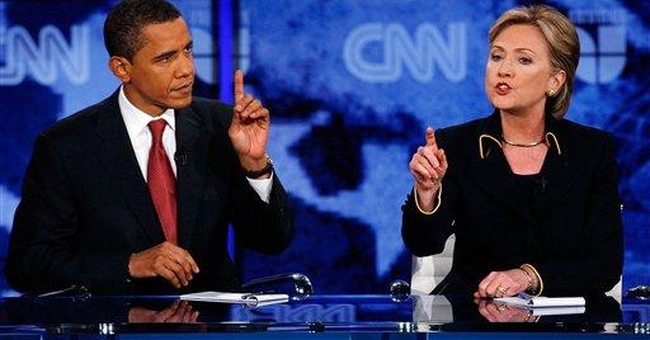 If it was up to the abominable Obama, the to-be-aborted little baby, Gianna Jessen, would have been turned into worm dirt 31 years ago. Thankfully, Mr. Change and Mr. Hope wasn’t around back then to lay his liberal legislative death-dealing pen to Ms. Jessen’s fate—and the world is a better place for it.

So, who is Gianna Jessen?

Gianna is an abortion survivor. Yep, she kicked death’s butt and survived against all odds. Her medical records state that she was “born during a saline abortion,” and if Barack Obama would have had his way, she wouldn’t be here.

Barack Obama voted four times against affording these “born alives” their most basic human right. Chilling, eh? How progressive of you, liberals. Hitler would be proud, and I’m sure Satan is just giddy with your creative ways to slay that inconvenient little baby even if it survives your initial assault.

Jessen, with a Pit Bull spirit, survived being burned alive in saline solution for eighteen hours. Eighteen hours, ladies and gents! FYI: This is not the same saline solution you use to clean your contacts but a lethal cocktail of death intended to cook the unborn kid from the inside out.

Weighing in at 2 lbs at birth with cerebral palsy (thanks to the effects of the witch’s brew she stewed in), the gloomy doctors said little Gianna would never be able to hold up her head, sit up, crawl or walk.

Not only did she hold her head up, sit, crawl and walk, but she has run in two twenty-six mile marathons and has spoken all over the world, on TV, in churches and on college campuses about the power of God and the sanctity of life. Put that in your stupid pipe and smoke it, all-wise and all-knowing doctors.

Liberals love being painted as the defender of the underdog. Yeah, if you feel like you are being abused, oppressed, preyed upon, neglected, entitled to something or endangered in any way . . . do not fear! The Dems are here! Their protection extends not only to the human victim, but also to the translucent hair lice, the gargling nut warbler, a warming globe, a rare venereal crab, and a whooping crane’s egg.

Yep, the liberals will ramp up to Mach2, set their hair on fire, and fight, yell, picket, protest and blog their fingers bloody for animal rights and for your rights—that is unless, of course, you’re an unborn child.

It is with the unborn baby that the “protectors of the weak” morph into the party that wreaks havoc upon the truly helpless. It’s interesting to see misty-eyed liberals go quasi-Talibanic for the little animal while they have absolutely no qualms whatsoever endorsing the snuffing out of the life of a tiny unborn human.

One of the reasons the barbaric left uses to convince themselves that they’re right on the issue of killing that inconvenient “little bugger” (as one of their own calls it) is that it is not yet a person.

Something that is really wrecking the “protectors of the weak” BS campaign of killing unborn kids, however, is ultrasound imagery (Oops. Didn’t see that coming, now did you?). These pics and videos are screwing up things for the pro-choicers. Back in the day when they were selling us on the “fetal blob” stuff, all we had at our disposal to contradict their nonsense was common sense and a very grainy 2D sonogram.

With the use of ultrasound imaging increasing daily, how a person can say that an unborn baby is not yet a person and can be killed at Mommy Dearest’s discretion is barbarically beyond me. I guess the left and the pink conservatives callous their hearts to the unborn by rejecting a proposition central to Judeo-Christian thought regarding life and death: namely, that human life (beginning at conception and lasting until the person naturally croaks) is intrinsically good and thus sacred—not just instrumentally good.

In contrast with the secular “elite,” the “stupid,” “non-elite” and “archaic” Judeo-Christian constituency believes that all people—from the embryo to the elderly, including severely developmentally disabled, people in comas and everyone in between—have dignity and value. As Robert George said, “Their significance is not based upon what they can do, or how they make us feel or whether or not we approve of their quality of life, but principally because they live.”

And yet, these secular barbaric “tools” see human beings as tools; and if they don’t somehow fit instrumentally within the secularists’ Darwinian, utilitarian utopia, they get tagged as “inconvenient” and are relegated to the “very expendable” list. That’s why abortion is no big deal, and neither is taking the life of a so-called defective child, or suicide, or “mercy killing” a helpless senior. But God help you if you should ever run a boat’s prop over a manatee’s back! They’ll get pissed!

Not only does Obama’s Party of Death (as Ramesh Ponnuru calls the libtards) advocate the death of the unborn and the inconvenient, but they also want your tax dollars to pay for their death wishes, for all parents to butt out of their teenage daughter’s abortion plans, and for the US to continue to stay left of Europe when it comes to abortion on demand. Consider all the above when you cast your vote in November, those of you on the left and the right who cherish the unborn more than a sea cow.

For all the 411 on Gianna Jessen and what she’s up to, go to www.BornAliveTruth.org. Send her money, watch her videos, play her radio spots and help her wake our nation up to Barack’s barbaric beliefs.

Trump Reigns Down Hell Fire on Liz Cheney After Her Ouster

Trump Reigns Down Hell Fire on Liz Cheney After Her Ouster
Townhall
Dana Loesch calls out Liz Cheney for her 'weird focus' while things are going to hell
Twitchy
The Inflation Numbers Are out and We Are in Trouble
Redstate
The Morning Briefing: Everything Is Fine—Biden Naps While World Falls Apart
PJ Media