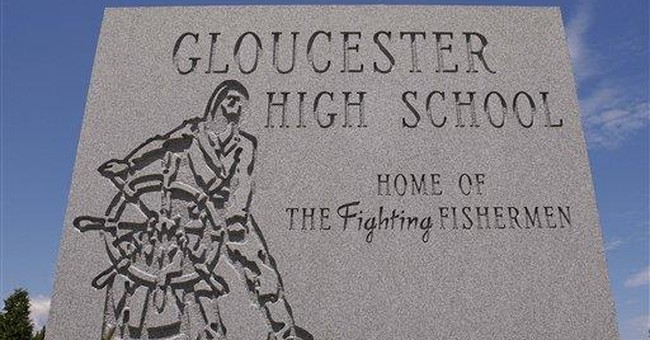 Hey, teenage girl, if sixteen of your unwed BFFs want to get pregnant before they enter the 10th grade, then you might want to keep shopping for sisters because in the realm of bad ideas, that’s a boner (no pun intended). Yes, my love, you need to run away from these toxic chicas because someone has definitely peed in their gene pool.

I’m not making this stuff up, folks. We learned this week that seventeen teenagers in Gloucester, Massachusetts who incarnate the ditz Pink had in mind in her song “Stupid Girl” took the script from Juno and covenanted together to give it some legs and get knocked up in one accord.

Why, sure it’s cool!

How do I know it’s cool? Well, those girls are on TV. It’s gotten them massive media attention. They’re on the news, in our magazines, papers and all over our laptops. They are all the buzz. And that’s what life in America is all about now, namely doing whatever it takes (as in this case some of the barely teen girls getting preggers via a 24 year-old homeless guy) to have everyone’s attention riveted upon them. I think I speak for many Americans in saying thanks to these kids’ dads for not doing their job and blowing off their daughters by not giving them any quality time. Now we all have to deal with this crap.

Earth to the dense young teens who just got pregnant: I hope you like the accolades you’re momentarily enjoying because the wind is about to shift in an unfavorable direction. Yep, mommies, what’s about to happen is the buzz is going to wear thin and reality is fixin’ to show up wearing construction-grade steel toed waffle stompers and proceed to kick the snot out of you and yours—most likely for a long, long time. Indeed, this “funny, cute and little” decision you made to have a baby while still a baby has teeth to it that I don’t think you gave much thought to.

You see, little sweetie, life isn’t a movie. Unlike Juno your drama’s run time is not going to be one hour and thirty-six minutes. In addition, there will be no soundtrack or popcorn served with this brain fart . . . nor can you pause it or hit rewind.

Also darling, you cannot look to the ubiquitous Hollywood teenage tarts for encouragement because your predicament and their debacle are desperately different. What do I mean? Take Jamie Lynn Spears, for example. If you are hoping to suck inspiration from Spears by comparing your pregnant plight with hers, I’m afraid you are comparing, as the Brits would say, chalk with cheese. Sure both of you made stupid, stupid mistakes and are—by relation of your dense decisions—soul mates. However, economically speaking, she’s a multi-millionaire and you go to Gloucester High School. It’s a little different, girlfriend.

Here’s what’s about to happen to your world:

1. Text messaging is going to diminish greatly because it is really hard to see that little keypad when you’ve been up for four days because your baby is colicky.

3. Get ready to say hello to welfare, and I hope you have developed a palate for government cheese, spam (as in the food, not junk email) and powdered milk.

4. Your parents, who thought they were finished with child rearing, probably aren’t thrilled with their interrupted dreams and the child who’ll probably get dropped in their lap.

5. It’s harder for teens with kids to find a single guy who wants to marry that type of pre-packaged burden.

6. Shedding the 60lbs you’re about to gain ain’t that easy. Sure Christina, Halle, Nicole, Salma and Rippa look great three weeks after giving birth, but what you failed to realize is that they have $1,500 an hour trainers, nutritionists, hair and makeup artists, and a fleet of nannies and spray tanners following them around 24/7. You, on the other hand, have jack.

This pregnancy pact has got to be the new non-violent watermark for adolescent asininity.

Why couldn’t these loopy lasses have done something positive like all of them adopting dogs from a shelter, or doing a group exorcism on Gary Busey, or taking on a project like Courtney Love and trying to straighten her twisted backside out?

Look, if being positive isn’t hip then why not just start chain smoking and wearing OzzFest T-shirts like girls used to do?

If you ladies really, really want to rebel, get noticed, shock people at their inner core and rivet people’s attentions then I’ve got an idea. Are you ready?

Revolt against the slutification of our culture, learn how to read, become a conservative, help the poor during spring break versus flashing your boobs, get saved and finally, go to the Young Americas’ Foundation conference this summer!

People will freak. Teachers will trip out. Parents will be stunned and will wonder what has happened to you. Yes, if you want to go against the flow, rebel chick, be a conservative, a Christian and refuse to be part of the teenage wasteland.