Donald Lambro
|
Posted: Nov 15, 2018 12:01 AM
Share   Tweet
The opinions expressed by columnists are their own and do not necessarily represent the views of Townhall.com. 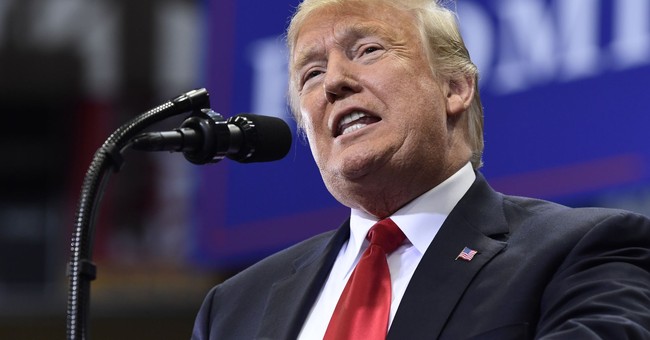 It's bad enough Republicans lost the lower chamber, but "almost half the 30-plus seats Democrats won came in Republican-held districts where President Trump prevailed in 2016, and with ballots still being counted in several more races, that share might grow," Washington Post reporter Paul Kane wrote Tuesday.

Democratic leaders lost little time sending signals that they are going to aim their newly won investigative power on the White House and the Trump administration.

Nadler said he will subpoena Whitaker if that becomes necessary.

Meantime, Demcratic Rep. Adam Schiff of California, who will become chairman of the Intelligence Committee, says he will launch a full-scale investigation into whether the president used "instruments of state power" in order to punish companies connected with news media firms such as CNN and the Washington Post that have been critical of Trump and his administration.

Schiff raised this issue Sunday in an interview with the Post, noting that Trump had attempted to block AT&T from buying Time Warner, the parent firm of CNN, and sought to hike U.S. Post Office shipping costs on Amazon, whose founder, Jeffrey Bezos, owns the Washington Post.

Schiff said that such an investigation would probably be undertaken by either the House Oversight or Judiciary committee.

At the same time, a House Oversight Committee aide said that panel plans to investigate Trump's role in hush-money payments to women who allegedly had affairs with him before he won the presidency.

Democrat Rep. Elijah Cummings of Maryland, who is poised to chair the committee, sent a letter to the White House and the Trump Organization a month ago, seeking documents related to the payments, according to the Wall Street Journal.

To date, however, there is no serious talk about the biggest investigation of all, which, under the Constitution, can only be conducted by the House: impeachment. Democratic leaders are holding off on that until Mueller's lengthy investigation has concluded, and reveals evidence leading to the president.

There is very strong support among the Democrats' political base for impeachment, according to a Washington Post-Schar School poll released last week. Sixty-four percent of Democratic voters in the midterm elections said Congress should begin impeachment proceedings. But party leaders are urging calm until the Mueller investigation is concluded.

Meantime, Senate Democrats are urging the passage of legislation that would prevent Whitaker from interfering with Mueller's investigation.

But Trump seemed to have other things on his mind over an angry, five-day, controversy-strewn, tweet-laden weekend trip to Paris to mark the 100th anniversary of the end of World War I.

He was to have made a 50-mile trip from Paris to honor the U.S. military's sacrifice in the Great War at an American cemetery, via helicopter, but canceled the trip, apparently due to "bad weather."

But that didn't play well in the newscasts, where other dignitaries and world leaders were seen arriving at other cemetery sites outside Paris, including German Chancellor Angela Merkel, French President Emmanuel Macron and Canadian Prime Minister Justin Trudeau.

Then came a biting address near the Arc de Triomphe by Macron, described by the Post as "a forceful rebuke against rising nationalism, calling it a 'betrayal of patriotism.'"

Macron's speech was clearly aimed at Trump, who recently declared himself a "nationalist."

Macron also suggested that there may be a need to create an "European defense force" in the wake of Trump's threats to sharply reduce U.S. financial support for NATO.

Meanwhile, the president was preparing a shake-up in his administration, again, to remove Homeland Security Secretary Kirstjen Nielsen and is "seriously considering" replacing White House Chief of Staff John F. Kelly, according the Post.

If that wasn't enough, Trump was berating British Prime Minister Theresa May for not doing enough to contain Iran, and questioned her judgment on Brexit and trade policy, as well as attacking Macron for having "a very low approval rating in France."

Trump got at least one tweet in return for his no-show at the cemetery to honor WWI soldiers. Former secretary of state John Kerry said: "President @realDonaldTrump a no-show because of raindrops?"

Donald Lambro has been covering Washington politics for more than 50 years as a reporter, editor and commentator.