Cracks Forming In The Idea Of A Democratic Election Surge

Donald Lambro
|
Posted: Mar 02, 2018 12:01 PM
Share   Tweet
The opinions expressed by columnists are their own and do not necessarily represent the views of Townhall.com. 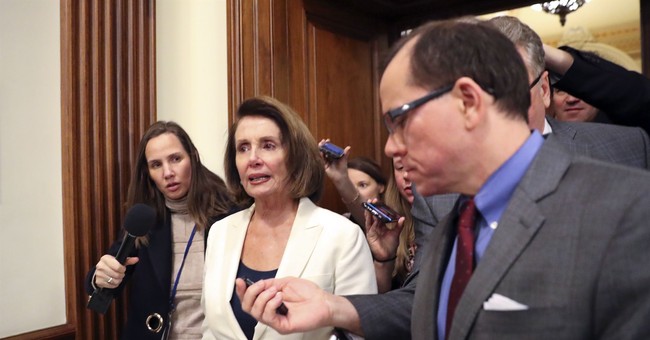 WASHINGTON -- The liberal national news media have been predicting for months that Republicans will likely lose their Senate majority in this year's midterm elections, and lose seats in the House, too.

But it's a bit premature to place your bets on the 2018 congressional sweepstakes, for several reasons: Forecasts that the economy will take off later this year as a result of the GOP's massive tax cuts, increasing incomes and jobs, not to mention that the Democrats are having problems of their own.

The Democrats voted overwhelmingly against the tax cut plan in December, predicting it will add over $1 trillion to the federal budget deficit, benefit only the rich and that the issue would be a major weapon against the GOP in the fall.

But that's not what's been happening since President Trump signed the tax cuts into law. Millions of workers are getting raises and bonuses. Capital is flowing back to the U.S. from overseas companies that are investing in new plants here at home. There are reports of new factories being opened, or expanded, in the Midwest and elsewhere in the nation.

"The new (tax cut) law is rising in popularity as businesses in Indiana and elsewhere trumpet bonuses and bigger paychecks. And while Donnelly and fellow Democrats struggle to craft a consistent attack on the law, Republicans ... are united in touting the tax cuts and slamming moderate Democrats who voted against them," Werner reported.

The three Republicans vying to replace Donnelly in November pounded him relentlessly in a recent debate last week.

And as voters have begun to see more income in their paychecks, political polls are finding growing support for the tax cuts.

Democrats are defending 10 Senate seats in key states that Trump carried in the 2016 election, including four that he won by double-digits: Indiana, North Dakota, Missouri and West Virginia.

Right now, Republicans cling to power in the Senate by a slender 51-to-49 seat majority.

But Republican strategists believe the tax cuts will be the winning issue that will fatten their margin in the upper chamber.

The Democrats who fought against the tax cuts "chose partisan politics, and the price they pay is going to be extremely high," said Tim Phillips, president of Americans for Prosperity, which has been running ads against Donnelly and Democratic Sen. Claire McCaskill of Missouri.

No one is better at reading midterm elections than the Cook Political Report, edited and published by veteran forecaster Charlie Cook and a team of skilled analysts.

Here's his bottom line on the outcome of the House and Senate races in the fall:

"Democrats need to flip 24 seats to take back the House. There are 19 Republican seats rated Toss Up or worse. That means that Democrats would need to win all 19 of those seats and pick off five other seats in the Lean Republican column."

But, Cook adds, "Realistically, Democrats will not win 100 percent of the seats in Toss Up or worse," he says in his latest report.

As for the Senate, Democrats need only two seats to take control of that chamber, and there are three GOP seats in the Toss Up column: Arizona, Nevada and Tennessee.

"While it's possible for Democrats to win the two seats they need, it will also be an uphill battle. Democrats are defending 26 seats, compared to Republicans who are only defending eight. Democrats must also defend 10 seats in states that Trump won," Cook points out.

And five of those of those seats are in states Trump won by 19 points or more.

Finally -- and you won't hear this on the nightly network news -- liberal Democrats are having their own troubles, from leftist extremists.

I don't know about you, but I'm betting that Republicans are going to do better than expected on Nov. 6.