Trump's Transition in Disarray, But GOP is Soaring

Donald Lambro
|
Posted: Nov 18, 2016 12:01 AM
Share   Tweet
The opinions expressed by columnists are their own and do not necessarily represent the views of Townhall.com. 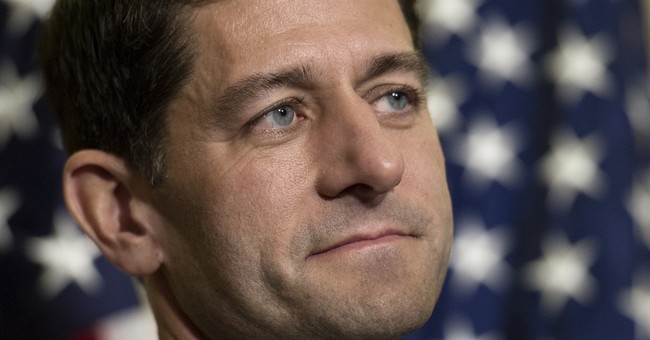 Problems include reports of purges of key figures in his camp whose full loyalty to Trump have been questioned, including the ouster of New Jersey Gov. Chris Christie from the chairmanship of his transition team.

Former Rep. Mike Rogers, R-Mich., has been pushed out of his post as the transition team's national security adviser, the result of what were termed "perceived ties to Christie." The former chairman of the House Intelligence Committee was the fourth transition figure who has left in the past week. He had been considered a top candidate for secretary of state, but is now said to be an unlikely choice.

Similarly, Tennessee Sen. Bob Corker, who chairs the prestigious Foreign Relations Committee, was considered a possible candidate for secretary of state, but is now said to be off the list.

There have been other troubling signs in Trump's bumpy appointment process where front-runners for high-level jobs simply lack the background for such positions.

Former New York City mayor Rudolph Giuliani was said to be in the running for secretary of state, but an official on the transition team said he had been ruled out because he lacked any diplomatic experience.

As Trump proceeds to choose the people who will head and run the departments, agencies, bureaus and offices of his administration, one worrisome characteristic emerges: With few exceptions, there is no big foot on his frequently changing list of nominees.

If we learned anything from his candidacy throughout the course of this year's campaign, Trump is not someone who surrounds himself with high-level policy specialists, as have past candidates who won the presidency.

Ronald Reagan's senior campaign advisers went on to occupy major posts in his administration and were known for their experience in statecraft, national security, domestic policy and thorny fiscal matters. Trump, on the other hand, appears to have lowered the bar on many of his pending appointments.

Retired Lt. Gen. Michael Flynn, a loyalist in his inner circle of advisers, was said to be on the short list for secretary of defense. But this week The Washington Post said that "Senate confirmation of Flynn, who also voiced interest in serving as director of national intelligence, could be difficult.

"He was forced out as director of the Defense Intelligence Agency after two years over concerns about his leadership, and he has potentially problematic connections to foreign governments," the Post reported.

Other internal factors are making observers increasingly nervous about the kind of people Trump has elevated in his post-campaign team.

Nearly two weeks after his election, the two top people in his chain of command are his new chief of staff, Reince Priebus, a longtime political operative who runs the Republican National Committee, and Stephen Bannon, the fiery nationalist provocateur who ran the controversial Breitbart News website, and who now, apparently, will be chief strategist in the White House.

Time will tell what kind of people Trump will choose to run the executive branch, but thus far, the list is shaping up to be, shall we say, underwhelming.

What is overwhelming, however, and has largely been underplayed by the national news media, is the size of the GOP's nationwide election victory last week.

When Trump is sworn into office in January, Republicans will control not only the executive branch of government, but also both houses of Congress, the majority of the nation's governors, and nearly 70 percent of the 98 partisan state legislative chambers.

In due time, Republicans will effectively win control of the Supreme Court, too, when the GOP's Senate majority is likely to confirm Trump's nominee to the high court next year to fill the vacancy left by the late Antonin Scalia.

Republicans will control the Senate by a slim 52-to-48-seat margin, the House by a muscular 241 seats, and 33 out of the 50 governorships.

While the state legislatures do not receive much, if any, national media attention, the GOP's mushrooming political strength in the nation's state capitals is a bullish sign of the party's political future. The state legislatures are the effective training grounds for future gubernatorial and congressional candidates and, perhaps, presidential contenders, too.

According to the bipartisan National Conference of State Legislatures (NCSL), Republicans will now control more legislatures "than at any other time in the history of the Republican Party."

"They also hold more total seats, well over 4,100 of the 7,383, than they have since 1920," the NCSL said. What this means in terms of the GOP's future political power cannot be overstated.

"In 24 of the 32 states with Republican-controlled legislatures, voters have also elected Republican governors, compared to only six states for the Democrats," the NCSL reported.

To a large extent, this is the political legacy of Barack Obama's unpopular eight-year presidency. "Since Obama won in 2009, his party has lost 919 state legislative seats nationwide," the NCSL said.

So Obama leaves office with his national party in ruins, an economy that has all but stopped growing, a broken government in need of a complete overhaul, and the GOP in full control of the levers of power.

We will soon learn whether Trump, a TV reality star and wealthy rent collector, is up to the many tough challenges he will now face over the next four years.