Donald Lambro
|
Posted: Feb 10, 2016 12:01 AM
Share   Tweet
The opinions expressed by columnists are their own and do not necessarily represent the views of Townhall.com. 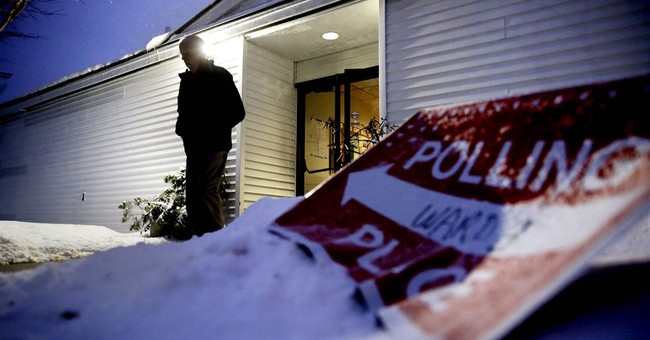 When CNN moderator Anderson Cooper asked the former secretary of State last week if she exercised poor judgement by accepting the pay-off, she struggled with the question, finally answering, "I don't know. That's what they offered. Every secretary of State that I know has done that."

Now she is under relentless fire from Bernie Sanders, her only rival for the Democratic presidential nomination, for accepting millions of dollars from Wall Street banks, and other investment power houses that's made her a very wealthy woman.

How can she possibly stand there on the campaign trail and say that she is not bought and paid for by the financial community that has been bankrolling her candidacy, the Vermont senator asks.

a single position on any issue as a result of the money she has taken from Wall Street.

But who is the real "Artful Dodger" in this campaign?

When Sanders, the news media, and other critics have challenged Clinton to release the texts of her closed door speeches before rich Wall Street executives, she replied, "I will look into it (releasing the speeches). I don't know the status, but I will certainly look into it."

"Clinton has certainly been looking into it a long time," writes The Washington Post's aggressive fact checker Glenn Kessler. He has been asking her campaign to hand out copies of the paid speeches -- "most directly and pointedly for the past two weeks," he said.

"Other news organization have asked for copies as well.

The silence has been deafening."

"I will look into it" means, of course, no way, no how, not ever," Kessler says.

Under heavy fire for her cozy relations with Wall Street, she went on the attack in last week's Democratic debate on MSNBC.

"I went to Wall Street before the [2008] crash. I was the one saying you're going to wreck the economy because of these shenanigans with mortgages," she said.

But Kessler says she "tends to overstate the significance of her visit to Wall Street some months before the crash."

That became clear after ProPublica, an independent, public service investigative group, obtained a video of her 28-minute speech, it found that she had "steered a middle ground" in her talk to the Wall Street executives on Dec. 5, 2007 at the Nasdaq stock market.

"According to ProPublica, Clinton praised her 'wonderful donors' in the audience, and she asked the bankers to voluntarily suspend foreclosures and freeze interest rates on adjustable subprime mortgages," Kessler writes.

"She also said the economic turmoil was not mainly the fault of banks, 'not by a long shot,' Kessler reported.

Does this sound like Clinton told the truth last week when she said at a CNN forum in New Hampshire that "I'm out here every day saying, 'I'm going to shut them down; I'm going after them'"?

According to the Federal Election Commission and the Center for Responsive Politics, wealthy donors from the financial industry have given Clinton's 2016 campaign bid more than $21.4 million.

Over the course of her long political career, Wall Street donors and other financial services firms have given her $44.1 million to her campaigns and super PACs.

If anyone still has any doubts about Hillary's closeness to New York's richest investment banks, Sanders has been sending out reams of news clips about their connections.

It's gotten to the point where even President Obama's former political adviser David Axelrod thinks her answers and excuses are getting her into deeper hot water.

You know Clinton is in political trouble when her former supporters are raking her over the coals, especially those in the news media.

"Hillary is like a veteran actor who doesn't audition well. Bill could tell her not to shout her way through rallies, that it doesn't convey passion but just seems forced, adding to her authenticity problem," writes Maureen Dowd, the New York Times columnist who knows a political phony when she sees one.

She correctly labels a "stupefyingly bad answer to a predictable question" about taking "the obscene Goldman Sachs windfall," and gives the real reason Hillary refuses to release her secret Wall Street sales pitches:

"She was reluctant to release the texts of her 'Don't worry, I'm one of you' speeches."

From the beginning of her political career, Hillary has always been in over her head at whatever she tried to do.

As the First Lady who was put in charge of producing a federal health care plan that was so badly designed under the cloak of secrecy, Democrats refused to bring it up for a vote.

As a senator with no major legislative achievements on her record, and as secretary of State, responsible for the lives of thousands of American diplomats and their staffs around the globe, four of whom died in a fiery terrorist attack that she still can't, or won't, explain.

What further proof does one need of her incompetence than sending confidential, top secret information through an unsecured, home email server in Chappaqua, N.Y.,

No wonder Bernie Sanders virtually tied her in Iowa and is leading among women under 45 in New Hampshire.

The Democrats thought she was their Joan of Arc but is turning out to be a female version of Jacques Clouseau.