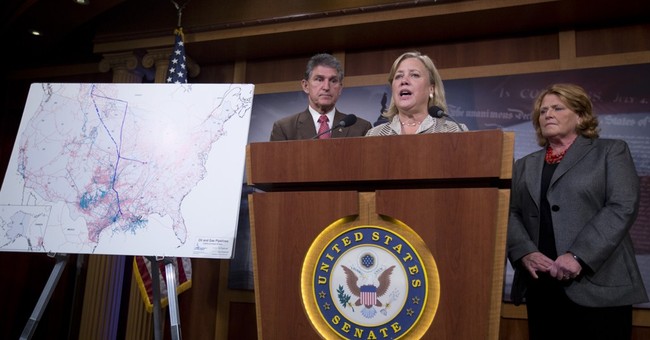 WASHINGTON - President Obama's political barometer moved from bad to worse this week after his ill-conceived, illegal executive action to rewrite our immigration laws.

With the Gallup Poll showing 54 percent of Americans disapproving of the way he's handling his job, as he clung to a dismal approval rating in the low 40s, the bottom fell out his presidency on Monday.

Defense Secretary Chuck Hagel was abruptly forced out of his job -- "fired" said a senior White House official -- as the evidence mounted that the administration's clumsy military actions in Iraq and Syria have failed to stem the growing ISIS terrorist threat in the region.

Insiders said Obama's action was an attempt to shore up his weakened presidential image with a shake-up of his Cabinet after his humiliating political losses in the midterm elections.

But the events of recent weeks show that any changes in his Cabinet at this stage of his presidency would be like rearranging the deck chairs on the Titanic.

This is the third defense secretary to leave the Obama administration. The first two men, Robert Gates and Leon Panetta, wrote scathing, tell-all books in their wake, taking the president to task for his thoughtless military withdrawal policies and his failure to make timely policy decisions to combat the newly-resurgent terrorist offensive throughout the Middle East.

Hagel's sudden removal in the midst of a major war on terror is the latest blundering example of an inexperienced president who has shown poor judgement in his policies and personnel.

With the next Congress now firmly in Republican hands -- effectively paralyzing his presidency over his final two years in office -- new polling data reveals that Americans are turning even more strongly against his agenda.

Days before his controversial immigration actions, polls showed nearly 50 percent of Americans disapproved of his plan to make changes in the laws that they see as the sole purview of Congress. Only 38 percent said they approved of his taking unilateral actions, according to the Wall Street Journal/NBC News poll.

Even Hispanics deserted him. Just 43 percent said they approved of him acting alone, while a hefty 37 percent of them opposed such actions.

Perhaps the most stunning rebuke of Obama's agenda was revealed last week in a Gallup poll about his signature health care reforms.

"For the third consecutive year, a majority of Americans (52 percent) agree with the position that it's not the federal
government's responsibility to ensure that all Americans have healthcare coverage," Gallup reported Thursday.

This is a sharp turnaround in America's thinking about this issue since Obama was elected in 2008. When Gallup first polled this question in 2000, 59 percent said it was the government's responsibility to see that all Americans had health care coverage.

The turn-around on this issue is the result of the heavy, dictatorial hand of government mandating countless rules, regulations, fines and punitive taxes on businesses and individuals that have led to higher insurance costs, killed jobs and weakened our economy.

Millions of Americans have lost their existing health care policies in the process, because they did not meet Obama's new, mandated benefit standards. And an untold number of employees lost jobs as businesses hired more part-timers to avoid Obamacare's insurance mandates.

Jonathan Gruber, one of the Obama administration's key advisers in the development of the new law, has said that the Democrats hid many its most harmful details from the public to insure its enactment.

Meantime, little by little, the Obama economy is coming under increasing criticism from some sectors of the news media, after nearly six years of defending weak economic data and turning a deaf ear to the worst statistics.

According to a new analysis by the Labor Department's Bureau of Labor Statistics, the decline in incomes has hurt millions of workers, but especially so for young adults who were forced to work part-time when they couldn't find full-time employment, and were paid less. In a nutshell, their wage disparity was broader than we imagined.

Since 2009, when the recession deepened, median weekly wages for full-time men have declined by 3.5 percent when adjusted for inflation.

But nearly seven million Americans (6.8 million) who are looking for full-time jobs have been forced to take part-time work. And they fell further beneath the wage disparity line as employers cut wages of newly hired workers.

The news media ballyhoos the 5.8 percent jobless rate, but does not tell you that many of these are part-time jobs in the lower-paying retail and food sectors. Nor do they tell you that since 2006, the number of workers needing full-time work, but taking these part-time jobs, has increased 65 percent.

"Wages haven't risen hand-in-hand with employment because the labor market isn't back to full health," writes Chico Harlan in the Washington Post.

There are so many Americans still looking for work in the underperforming Obama economy -- and not enough job openings to employ them -- "that employers have little incentive to boost wages," he says.

But Obama seems resolutely opposed to doing anything that would create more jobs. The Republican House voted to complete the Keystone XL pipeline and 31 Democrats joined in approving it. It failed by one vote in the Senate where every Republican supported it.

It will sail through Congress when the GOP takes full control of both houses in January, but Obama plans to veto it, even though it would create thousands of needed new jobs.