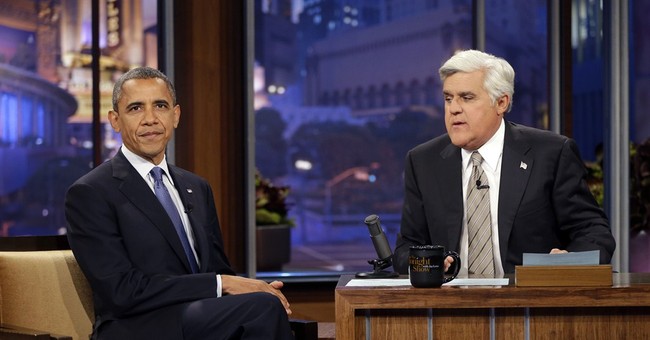 The powerful head of the tax-writing panel, who has been working on a comprehensive overhaul of the tax code, says Obama's plan is bad economics that ignores individual taxpayers and especially the small businesses that are responsible for 65 percent of new job growth in our economy.

In a wide-ranging interview Wednesday in the Ways and Means Committee room just off the House floor, the Michigan congressman made it clear that all the increased revenues derived from eliminating hundreds of tax breaks and other loopholes will be entirely applied to reducing the tax rates for corporations, individuals, families, and small-to-mid-sized businesses.

"We'll use the revenue from loophole closing to bring down the tax rates. That's what my model does. It's not to be used for public works projects. It's about closing loopholes to bring down [tax] rates, to have a flatter, fairer, more efficient tax code," Camp told me.

Obama floated a plan earlier this week that would pump the higher tax revenues into more government spending for roads, bridges and other infrastructure projects across the country to create "middle class jobs." This is more of the same failed policy Obama pursued in his first term, in a misguided attempt to lower the persistently high jobless rates that have plagued his presidency.

Asked if he was willing to move toward the President's scaled down, corporate-only tax and spend plan, Camp gave a stern "No," and then went on to give Obama a brief lesson in what tax reform is all about and why it has to be aimed solely at growing an economy that he says is still in a recession.

"My main goal in tax reform is to grow the economy, create jobs and increase people's wages, because this is a recession where you've got economic growth [averaging] at 1.5 percent GDP," he said.

"We may have some bright spots in the economy in certain areas, but the fundamentals clearly aren't there. So we need tax reform to get the kind of growth that will help Americans prosper and make the American dream real again," he said.

In the fifth year of Obama's presidency, that dream is still a long way off. The Commerce Department reported Wednesday that the economy grew at a very anemic 1.7 percent rate in the past three months. It slowed to a crawl in a revised first quarter growth rate of 1.1 percent, after it nearly stopped breathing in the last three months of 2012, with a growth rate of just 0.4 percent.

Unemployment was still hovering around 7.6 percent, though close to two dozen states still had jobless rates of between nearly 8 percent and 9.5 percent.

That's why Camp insists "we clearly need business tax reform, but we also need to reform the individual [tax rate] side, because more than half the business activity is done in" non-corporate business organizations.

"If you really want to have a positive economic impact, you need to do both," he said.

Another reason why Obama's corporate-only idea is a nonstarter, Camp explained, is "you can't have the largest corporations in the world [getting a lower tax rate of 25 or 28 percent] and then main street [taxpayers] at a top rate of 44.6 percent."

Camp said his tax reform goal -- which he said would be "revenue neutral" -- is to bring the individual tax rates down dramatically, beginning with a "10 percent marginal rate and a top rate of 25 percent."

Still, Camp is "encouraged that President Obama's talking about tax reform, although I might not agree with everything he says about it. But it's always helpful when a president is talking about an issue that puts it back on the table."

Nevertheless, Obama's sudden decision to call for only partial tax reform is mystifying because he's avoided the issue altogether, even as it has been moving on Capitol Hill. Indeed, he shelved the comprehensive tax reform plan proposed by the co-chairmen of own presidential debt-reduction commission.

While Erskine Bowles and Alan Simposon have been lobbying for lower tax rates to get the economy running again and shrinking the deficit, Obama has been pushing for higher taxes on just about everyone -- turning it into a fight between Democrats and Republicans.

But as Camp pointedly noted, comprehensive reform is at the heart of the plan being promoted by Sen. Max Baucus of Montana, the Democratic chairman of the tax-writing Senate Finance Committee. "You have a situation here where both Senator Baucus and I want tax reform for individuals as well as businesses," he said.

At the same time, there was growing support for broad-based tax rate reform from Democrats at the grassroots. Camp said that while he was attending a recent tax reform event in Pennsylvania, the state's former Democratic Gov. Ed Rendell, a liberal, "showed up and said you have my support."

Camp says he's "close" to marking up a bill when the Congress returns from its August recess. "So that means a very busy fall when we come back," he said. "My goal is to have the House act before the end of the year."

It's been a long process getting to the doorstep of a top to bottom overhaul of the tax code. "We've done probably 50 hearings between the House and Senate," numerous hearings around the country and solicited thousands of proposed ideas on its web site.

As for business giving up many of their tax breaks, top executives and business lobbies have told Camp they are willing to do just that in exchange for a 25 percent tax rate.

The final product "will need to raise $40.2 trillion over 10 years. That's the revenue target we'll have to hit," he said.

At some point when the bill is written, it will be "scored" by the Joint Committee on Taxation to show how much it will reduce the deficit, grow the economy and expand the job market.

But it's clear Obama still doesn't get it. He continues to call for more 1930s-style public works spending as the cure for a job-starved economy.

Camp is proposing that we free our economy from a suffocating tax code to unlock needed capital investment, stronger growth, new enterprises and a wave of better-paying jobs. His plan deserves our support.