So Joe Biden Is Campaigning for Raphael Warnock, Sort of
OPINION

Donald Lambro  |  Feb 08, 2013
The opinions expressed by columnists are their own and do not necessarily represent the views of Townhall.com.
Top Columns
Trending on Townhall Media

WASHINGTON -- The Congressional Budget Office (CBO) released a gloomy report this week about the government's debt and the ailing economy. And it's worse than the Obama administration has led us to believe.

The first graph in the CBO's "Budget and Economic Outlook" tells us what most economists already knew, but that the White House refuses to acknowledge: "Economic growth will remain slow this year ..."

By "slow," Congress' nonpartisan forecasting agency means the economy will grow by "just 1.4 percent," which means it's barely moving, stuck in a paralytic trance where relatively few jobs are created and our country slogs along at a permanently sluggish pace.

"That subdued economic growth will limit businesses' need to hire additional workers, thereby causing the unemployment rate to stay near 8 percent this year," the CBO says.

Then it hits us with this unpleasant forecast: Next year isn't looking much better.

If the jobs picture and slow growth estimates are as bad as they say, "2014 will be the sixth consecutive year with unemployment exceeding 7 1/2 percent of the labor force -- the longest such period in the past 70 years."

The CBO forecasts that economic growth will "pick up in later years," but it's offered similar forecasts in past years that haven't panned out quite the way it hoped.

Nevertheless, it adds ominously that "under the fiscal policies embodied in current law, (economic) output is expected to remain below its potential (or maximum sustainable) level until 2017 ..." More on this in a moment.

The CBO does offer some encouraging estimates about the budget deficit in the short term, but don't break out the champagne just yet.

Under Obama, annual federal deficits over the past four years have been consistently well above $1 trillion. And this year's deficit was on track to be another $1 trillion-plus.

But the CBO says the deficit "will shrink this year to $845 billion, or 5.3 percent of gross domestic product (GDP), its smallest size since 2008."

That remains to be seen, because forecasters in the last four years have been underestimating the economy's persistently slow growth under Obama's big-spending policies.

But there's another worrying factor in the CBO's projections, and that is its forecast of a growing "output gap" in the years to come.

Washington Post economics analyst Neil Irwin says that he's not popping the champagne cork on the small decline in the deficit, either. He's focusing on another bigger deficit that looms ahead of us. He explains:

"Political commentators have made a big deal of the budget deficit falling below $1 trillion for the first time in half a decade. But this is the real trillion-dollar deficit: a $1 trillion gap between what the United States is capable of and what it actually produces," he writes.

"It gets worse! The $1.01 trillion output gap is higher than it has been in more than a year. In the third quarter, that gap was only $914 billion. ... In other words, this deficit is getting worse, not better. And under CBO projections, it will widen again this year, as the economy grows at something below its potential," Irwin says.

As many of Obama's economic critics have been saying over the past four years, the American economy is underperforming, and the CBO says that trend will continue through 2016 and possibly beyond.

If the "CBO's projections turn out to be right, our economy has a huge problem, and it's getting worse, not better," Irwin warns.

Unemployed and underemployed Americans who are on the front lines of the underperforming Obama economy viscerally understand what they're facing, even if they do not fully understand why.

A revealing survey by the John J. Heldrich Center for Workforce Development at Rutgers University, released Thursday, finds Americans are deeply pessimistic about their economic future, and the vast majority believe things will not improve for "many years" to come.

"Nearly one in four respondents said they were laid off at some point during the past four years, and even larger numbers said they had immediate family members or close friends who were thrown out of work," the Post reported.

The poll's findings paint a deeply troubled portrait of the U.S. labor force, with many saying they've had to settle for jobs that pay far less than their pre-recession work. One-third said their salaries were cut by 30 percent or more.

The Obama administration paints a rosier picture of the economy, pointing to puny monthly job creation numbers, but it does not mention that half the jobs are lower-paying or part-time.

The bleak reality is that of the 12 million unemployed in the country, nearly 5 million Americans have been without work longer than six months.

An incredible 86 percent of those surveyed said they did not expect to see good-paying jobs ever again, or at least for many years.

When asked what kind of policies could turn the nation's economy around, many suggest tax credits to employers who hire new workers, more education and job training programs, or increased funding for public jobs.

Yet all of these proposals were major parts of Obama's failed economic stimulus program over the past four years, with little to show for it.

Unemployment rose last month to nearly 8 percent, and the Commerce Department said that in the last three months of 2012, the economy stopped growing.

If you think the president will soon be proposing policies to expand the economy and reduce unemployment levels, or offer a budget to end five years of unprecedented deficits, don't hold your breath.

Obama has given us no indication he will be offering a serious jobs plan in the future, and for the third straight year he's missed the deadline for sending a budget up to Capitol Hill. The White House earlier this week refused to say when he would release his 2014 spending plan.

Four years after he was sworn into office, he remains a bystander in the most critical economic issues of our time. 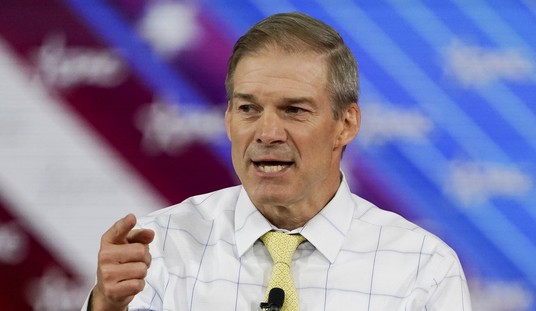