For GOP, Hearings Will Bring Opportunities 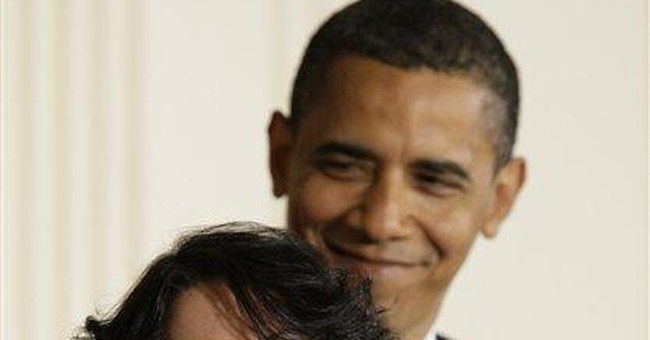 WASHINGTON -- After all is said and done in Judge Sonia Sotomayor's confirmation proceedings, the fact of the matter is that she will not change the ideological makeup of the Supreme Court.

The appeals-court jurist will replace retiring Justice David Souter, one of the high court's four reliably liberal members. Many, if not most, of the cases heard by the conservative-leaning body are decided by 5-4 votes, and that ratio will remain unchanged.

For that, conservatives have President George W. Bush to thank. He is responsible for choosing Chief Justice John Roberts and Justice Samuel Alito Jr., who shifted the court decidedly to the right. Both are still relatively young men and are expected to be on the court for many years to come. If further vacancies occur during Barack Obama's presidency, it's more than likely they will be among the older, much more liberal side of the bench than among its conservative warriors.

Sotomayor's confirmation is certainly not in doubt, especially with the number of Democratic senators pushing dangerously close to the 60 mark; nor is her mark in the court's history as the nation's first Hispanic justice and her compelling life story that has taken her from public-housing projects to the pinnacle of judicial achievement.

But her left-wing record and controversial remarks have raised deeply troubling concerns about legislating from the bench and racial prejudice that will give the Republicans plenty of ammunition in the testy confirmation debate to come.

Republicans won't be able to block her confirmation, expected in early August, if not before, but they will be able to exploit a number of issues that cut across all political lines -- especially the issue of reverse discrimination in the workplace.

After the Souter announcement, Obama said he wanted a Supreme Court nominee who has an empathetic "common touch" on the bench. That suggests someone who is an "activist judge," who is willing to look beyond the law, or perhaps, in some cases, disregard it altogether in order to reach a socially desired decision.

Sotomayor seemed to suggest that she was one of those judges when she said at a 2005 forum at Duke University that the appeals court is "where policy is made." She quickly tried to soften that remark by joking that she knew she should not have uttered such words at an event that was being recorded, adding that judges should never say they "make law."

Sen. Orrin Hatch, the ranking Republican on the Judiciary Committee who voted for her confirmation to the appeals court in 1998, said that if such comments "mean what they look like they mean on the surface, it means you're going to get an activist justice on the Supreme Court."

But the most politically volatile remark Sotomayor has made could be when she said a Latina would often "reach a better conclusion than a white male who hasn't lived that life."

That not only raised eyebrows among Republicans but also among some Democrats who feared it sent a troubling, racially charged message to the white working-class base of their party that the GOP could effectively exploit in next year's midterm elections.

Last week, Hatch jumped on her remarks in a statement, saying that in the confirmation hearings to come, "I will focus on determining whether Judge Sotomayor is committed to deciding cases based only on the law as made by the people and their elected representatives, not on personal feelings or politics."

But Sotomayor's troubles don't end there. She will also have to defend her reverse-discrimination vote in a race-based employment-promotion case that is now before the Supreme Court and will likely be decided -- and get a lot of media attention -- shortly before her confirmation hearings.

In 2003, some white New Haven, Conn., firefighters brought a lawsuit against the city; in Ricci v. DeStefano, they claimed to be the victims of racial discrimination when promotion tests they had passed were thrown out after finding that none of the black firefighters had qualified for promotions.

Sotomayor, in an unsigned three-judge appeals-court opinion, upheld the lower court's ruling that denied a lawsuit by the white firefighters.

Liberal activist judges making policy from the bench, personal prejudicial empathy trumping constitutional law and reverse-discrimination rulings -- all of these are highly explosive, deeply emotional issues that have the potential to hurt Obama and the Democrats in future elections.

There is no doubt they are going to be front and center in the Senate confirmation drama about to unfold in the coming weeks.

A reading of Sotomayor's earlier confirmation hearings shows that she is more than able to handle the toughest senatorial interrogation and she knows how to defuse troublesome issues with ease.

Asked in 1997 about liberals who argue that the Constitution has to be reinterpreted in the modern age, she told Sen. Strom Thurmond that she did not agree with those who believe the nation's governing document should be read only in terms of what "the words and the text mean in our time."

But the issues that bother Republicans and many Americans will not go away when the questions are over and the vote is taken. They will be the political fodder in future elections.