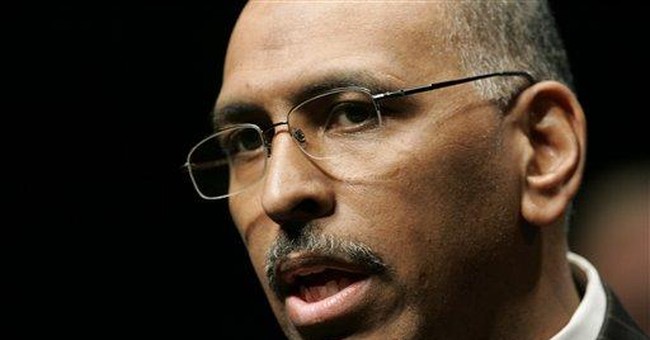 WASHINGTON -- The Democrats and their friends in the national news media never miss an opportunity to report how unpopular Republicans are in the Age of Obama. And clearly, the GOP has a lot to prove if they are to regain majority status again.

But we may see signs of the GOP's political comeback sooner than anyone thought in the upcoming off-year gubernatorial elections in New Jersey and Virginia this November. Don't laugh. Independent polls show the GOP's candidates are ahead of the Democrats in both contests.

Heavily Democratic New Jersey? Democratic Gov. Jon Corzine, the super-rich former Wall Street financier, has seen his disapproval polls soar as a result of the recession that has hit his state hard. Unemployment is at the highest level in 16 years, and the state now has the highest property-tax burden in the country that has angry voters favoring former U.S. Attorney Christopher Christie, the GOP's front-runner, by 45 percent to 38 percent, according to a recent Quinnipiac University poll.

The same story is at work in Virginia, where Republicans have a chance of recapturing the governorship in the Democratic-leaning state in an open race. Gov Tim Kaine, the Democratic National Committee (DNC) chairman, is limited to one term.

Three Democrats are vying for their party's nomination, including former DNC chairman Terry McAuliffe, the front-runner. But for months, polls have shown Republican Bob McDonnell, the former state attorney general, leading all three of his potential rivals.

History appears to be on the GOP's side in each race. In New Jersey, no Democratic governor has been re-elected since 1977. And in the past eight presidential elections since 1976, "the party that loses the White House has won the Virginia governorship the following year," Rothenberg noted.

The New Jersey election is in many ways the most interesting because of its heavily Democratic electorate. Corzine, who made millions on Wall Street and bought his way into office with $50 million of his own money, was seen as someone who was skillful in economic policy.

But he plunged the state into $3 billion in debt and is raising taxes on the hard-pressed economy at a time when it can ill afford higher levies. He is calling for the elimination of property-tax rebates that will hit middle-class homeowners especially hard, along with a 4 percent surcharge on New Jersey's struggling businesses.

The Quinnipiac poll showed his overall disapproval score at 54 percent, and voters disapprove of the way he is handling the economy by 58 percent to 32 percent.

Remarkably, the relatively unknown Christie has been consistently ahead of the governor as the recession deepens and unemployment moves inexorably toward 9 percent.

"The state's (Democratic) bent helps Corzine, but even that may not be enough to save him. In a state where Republicans have fallen off the cliff, Christie has a serious shot of winning," Rothenberg said in his "Political Report" last week.

Christie has made a reputation for himself as a corruption fighter, convicting more than 130 state officials, Republicans and Democrats alike. With the GOP primary set for June 2, he leads former small-town mayor Steve Lonegan by 56 percent to 33 percent.

Still, you can't count Corzine out, not with his vast fortune and the hope that the economy may rebound somewhat over the next five months.

But property-tax anger runs deep, and Corzine's support among independents is especially weak. Christie leads him by 50 percent to 31 percent among that group of voters.

"Corzine came in as the wizard of Wall Street, yet he has incredibly mismanaged the finances of this state," Christie campaign strategist Mike DuHaime told me. "I think he's going to be judged on his record, and no amount of money that he puts into this race will hide that failed record."

The GOP's chances will depend to a large extent on the political climate this fall and whether Obama's trickle-down public-works projects will show some improvement in the economy -- or fall victim to only anemic growth and stubbornly high unemployment rates.

But this time the Republicans have two strong, fiscally conservative candidates who clearly can appeal across party lines. If both of them can score this fall, it will go a long way toward slowing their party's precipitous decline and show there is life in the GOP yet.

That will give Republicans a leg up in the 2010 midterm elections when the party out of power usually gains seats in Congress. But it also stands to pick up more governorships among seven open contests to come. Four of them are in the Republican red states of Oklahoma, Wyoming, Kansas and Tennessee.

This is why Rothenberg said the "Republicans' best hope for regaining some territory may well be in gubernatorial races."

Leah Barkoukis
'The Single Most Qualified' mRNA Expert Censored After Discussing Concerns Over Vaccines
Leah Barkoukis
Another One? Democratic Senator Revealed to Be Member of Another Mostly White Establishment
Matt Vespa
Why a Black NYC Mayoral Candidate Is Giving the Left Anxiety
Matt Vespa