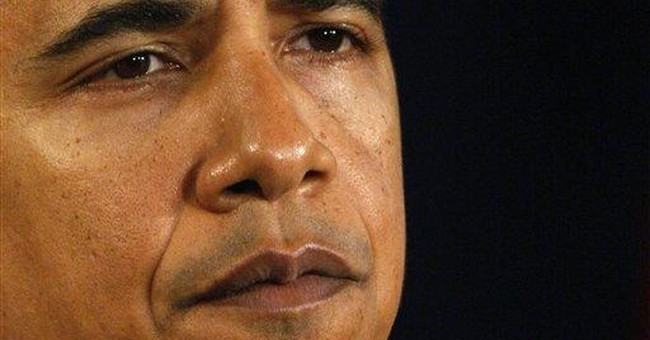 WASHINGTON -- Most of Barack Obama's economic-stimulus plan is beginning to look like the public-works jobs programs that Franklin D. Roosevelt tried 75 years ago in the Great Depression.

In fact, a number of economists are comparing Obama's job-creation plan to the spending spree FDR launched in 1933. What isn't mentioned, and doesn't get reported, is that those federal public-works jobs programs -- while providing some temporary jobs and income -- failed to effectively reduce unemployment in the private sector or to jump-start the economy for most of that decade.

Of course, raising taxes didn't help either, and Obama until now has been proposing to repeat FDR's mistake on that, too -- a course of action that economists have told him would be the worst thing he could do in a recession. But this week, he seemed to be shifting away from that idea -- abandoning another one of his major campaign pledges.

David Axelrod, Obama's political strategist, said on "This Week" Sunday that the president-elect was warming to the idea of letting the Bush tax cuts for the top two tax brackets expire in Dec. 31, 2010 -- nearly two years into his administration. Notably, he will retain all of the other Bush tax cuts.

Last month's jobless rate was 6.5 percent and will likely shoot up this month and next to nearly 7 percent or more. But a cursory examination of Obama's proposals to create government-financed jobs suggests that he isn't going to be any more successful than FDR was in his attempt to spend his way into prosperity.

Democrats are now talking about $500 billion, or possibly $700 billion, in new spending to move a massive $14 trillion economy out of recession.

Obama's plan calls for giving the states hundreds of billions of dollars to rebuild crumbling roads and bridges and run-down schools and other infrastructure projects. Some of the money would be poured into long-term environmental projects such as solar-power industries, wind farms and other biofuels technologies, plus funding to design more fuel-efficient cars.

But it will take many months, at best, before these public-works projects are up and running and in some cases years before the clean technology is economically viable to stand on its own and create many jobs. When the funds run out, what happens to those jobs? They stop.

Public-works projects are notoriously ineffective in boosting the private economy because of their long lead time. By the time they get under way, the recession has usually run its course and is about over. Jason Furman, Obama's economic adviser, said as much earlier this year.

The rest of Obama's plan is all about helping those hardest hit by the recession: extending unemployment benefits and increasing food-stamp and Medicare funding. All no doubt worthwhile to help our most vulnerable citizens through the economy's rough patch, but it wouldn't create a single job.

As for Obama's tax credits for low- to middle-income Americans, he plans to include some portion of them in his recovery package in January, but the question that his advisers are wrestling over is how to pay for it.

He will take office facing a $600 billion deficit in January that's expected to mushroom to nearly $1 trillion by year's end. And that's not counting his big spending proposals, which could push the total deficit to nearly $2 trillion (when falling tax revenues as a result of a deeper recession are factored in).

But it's an open question how much his refundable tax credits (which will be dispersed in Treasury checks to low- to middle-income people who owe no taxes) will help boost economic growth. We found out with the $168 billion stimulus tax-rebate package earlier this year that a lot of that money ended up being saved or spent to pay bills -- not for new spending.

What's missing from Obama's plan is a reduction in the federal personal and corporate income tax rates to encourage work, investment, savings and business expansion.

There are a lot of excellent ideas floating around. Economic strategist Cesar Conda, a highly regarded GOP adviser, proposes cutting middle-income tax rates from 25 percent to 15 percent, "which means most people would pay a flat 15 percent tax."

Economist J.D. Foster over at the Heritage Foundation proposes that we enact a zero capital-gains tax for investors in start-up companies that would accelerate new business formation and the hiring that follows.

Stimulus bills are based on the mistaken idea that Congress can pump new money into the economy and thus increase demand and eventually production. But "every dollar Congress 'injects' into the economy must first be taxed or borrowed out of the economy. No new spending power is created," says Heritage budget analyst Brian Riedl.

That's a lesson that the Obama Democrats are going to learn the hard way.