For Obama, a Game of High-Stakes Fiscal Poker 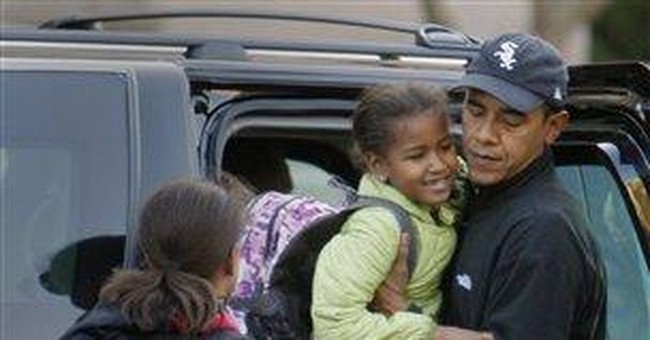 STANFORD, Calif. -- Barack Obama will likely be forced to scale back his spending plans and perhaps slow his middle-class tax cuts next year because of massive deficits from the recession and the economic bailout.

That is the prediction from top economists and budget analysts here at the Hoover Institution who have been tracking the worsening recession. Their forecast: sharply higher government deficits from plunging revenues that will severely constrain the incoming president's ambitious agenda.

Obama's problem: He has exaggerated the revenue his tax increases would bring in and underestimated what his healthcare and other social-welfare programs would cost.

"It's a given that Obama will not be able to achieve all that was promised in light of the fiscal situation that he is walking into," said John Cogan, a Hoover economic analyst and professor of public policy at Stanford University and a top budget adviser in previous Republican administrations.

"We've seen just how hard it is to maintain these pay-as-you-go rules where every additional expenditure needs to be financed with higher taxes," Cogan said. "And Sen. Obama is going to face exactly that problem, so it will be very hard to finance the kind of change he talked about in his campaign."

The weakening economy and unprecedented deficits could also impede his plans to raise taxes on wealthier Americans and give refundable tax cuts to low- to middle-income workers, Cogan told me.

"I think it might delay some of his tax increases and stretch out some of the tax cuts," he said.

Cogan figures Obama will be facing a budget deficit of $600 billion on the day he takes office in two months -- a sea of red ink that could easily grow to $1 trillion by the end of the 2009 fiscal year.

"He needs to scale back what he's proposed. If he tried to adopt them as proposed, they would cost much more, raise considerably less, increase the budget deficit, and accomplish less," said Hoover economist Michael Boskin, who chaired the Council of Economic Advisers under President George H.W. Bush.

"It's rarely wise to raise taxes but especially foolish to do it when you know you are in a deep recession," he said.

Asked whether he knew of an economic model where raising taxes in a recession had worked, Boskin said, "I don't know of one.

"He's got to deal first with the short-run problems of the economy and seems intent on doing so. To do anything now that might harm the economy would be economically dangerous and politically foolish," he said.

Obama has acknowledged that he may have to re-evaluate his tax and spending proposals to see whether any pullback may be necessary as a result of the deepening recession and its impact on the deficit and the economy.

But throughout his campaign he maintained that all of his proposals to give tax cuts to 95 percent of all taxpayers, as well as his spending plans, "are paid for," meaning their costs would be totally offset by increased tax revenues from higher taxes on the top 5 percent of income earners.

However, economists here told me his claim did not hold water, though few in the news media questioned its validity during the campaign.

"Even before these large deficit problems from the actions taken in the last year and the worsening budget outlook because of the soft economy, his numbers, like most candidates, didn't come close to adding up," Boskin said.

"To the old saying that presidents propose and Congresses dispose, you can add that all candidates suppose," he continued. "Any serious person would say he has substantially underestimated the cost of his health program and exaggerated how much revenue his tax proposals will raise. The Brookings/Urban Institute Tax Center said that he had close to a trillion dollars of tax revenues in his estimates that could not be verified."

But Cogan thinks there could be a potential budget windfall for the Obama administration in the next few years when the government will be able to sell the bank stock that Treasury Secretary Henry Paulson is receiving in exchange for the bailout funds he has been pumping into major financial institutions.

"Three years from now when the government will be selling the preferred stock that it is now acquiring, that will be a source of income for the administration," he said.

"So it would be counted as an offset to any government spending in that year and, in effect, provides an opportunity to engage in a very sizable expenditure," Cogan said.

In other words, he explained, "Obama could inherit a trillion-dollar deficit, but three years from now when the stock is sold, the budget deficit will look extremely good."

Recently, Obama dismissed the deficit's impact, saying the worsening economy demands Keynesian, pump-priming deficit spending. But in the high-stakes fiscal poker game Obama is about to enter, Paulson's preferred stock could be the ace up his sleeve.