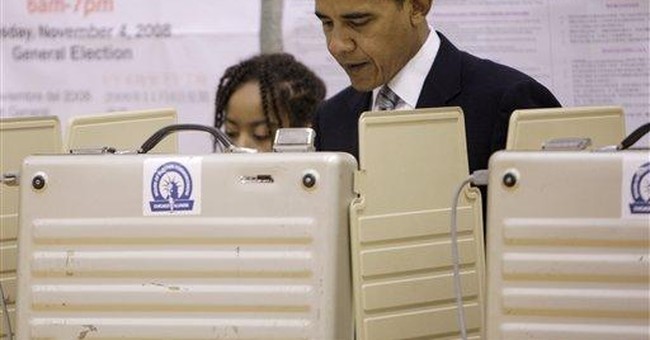 WASHINGTON -- Those who think conservatism is dead need to look at how Barack Obama skillfully played the tax cut issue like a Stradivarius.

The freshman senator is about as liberal as they come, but unlike other Democratic presidential aspirants who came before him, he learned from the mistakes of Walter Mondale and Michael Dukakis.

One of the things he learned is that you are not going to get anywhere waving an ACLU card like the Massachusetts governor or proclaiming, as Mondale did, that he would raise taxes on the middle class.

Obama knew, as Bill Clinton knew, that he had to find a way to trump the tax-cut issue that Republicans had used effectively in election after election and that continued to galvanize voters across the board.

So he devised a plan, like Clinton, that called for raising taxes on the top 5 percent of American income earners, but offered a $500 to $1,000 refundable tax credit for low- to middle-income taxpayers.

That allowed him to campaign around the country peddling boilerplate tax-and-spend liberalism to his party's base, raising taxes on oil giants and other big corporations along with wealthier Americans whom he said didn't pay "their fair share" (even though they pay the bulk of the income taxes). He relentlessly preached "tax cuts" for the middle class. When the race was nearly over, polls showed more Americans believed he was going to lower their taxes more than McCain would.

"He's been very careful about how he framed his tax position and has bent over backward not to allow himself to be tagged as a liberal on the tax issue," said Michael Franc, vice president and policy strategist at the conservative Heritage Foundation.

"To the extent he's run into any trouble on that, it's Joe the Plumber and the whole notion of Obama redistributing incomes. But for that, he's done a good job of defining himself as a tax-cutter, which is a conservative value," Franc told me this week.

For those voters who gave the details of his tax plan cursory attention, "he passes that test. Most voters are not going to get into the distinctions of marginal tax rates or refundable tax credits," he said.

In the closing weeks of the campaign, however, the troublesome details of Obama's plan had turned into a sticky cobweb of contradictions that was fast becoming the incredible shrinking tax cut.

Inexplicably, the skillful wordsmith, who had made "middle-class tax cut" the heart and soul of his economic recovery agenda, was suddenly using differing figures in his campaign speeches and TV ads to identify which tax brackets would see their taxes cut.

Then the week before election week, Joe Biden appeared to cut the tax plan's income eligibility figure to $150,000 -- followed by campaign surrogate Bill Richardson, the tax-cutting New Mexico governor, who lowered the middle-class threshold to $120,000.

The Obama campaign's descending eligibility thresholds went like this:

-- Last Friday: "What Obama wants to do is he is basically looking at $120,000 and under among those that are in the middle class, and there is a tax cut for those (people)," Richardson said in an interview Friday on KOA-AM in Denver.

The dissolving tax-cut numbers left economists on both sides of the aisle scratching their heads and wondering just who would really benefit from Obama's tax plan and who would not.

"Every time we look, his plan changes. Anything is possible," said Kevin Hassett, an economist at the American Enterprise Institute and a McCain adviser. The Obama campaign's high command denied that Obama had moved away from his original tax-cut plan. Chief spokesman Bill Burton said that Richardson "simply misspoke."

But the governor, who has cut income taxes across the board in New Mexico, is fluent with tax numbers and many analysts say the senator's numbers "don't add up" and wouldn't yield the revenue he said it would to deliver his promised tax cuts.

The Democrats do not have a good track record on delivering middle-class tax cuts. Bill Clinton promised them in 1992, only to abandon the idea in the face of a mounting budget deficit.

The federal government will be looking at a $1 trillion budget deficit in 2009 in the midst of a possibly long recession, making Obama's tax cuts less likely, even in next year's much more liberal Democratic Congress.