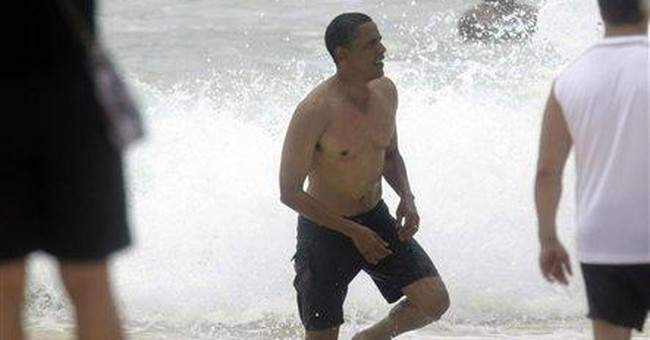 WASHINGTON -- There's a big difference between listening to one of Barack Obama's speeches, as inspiring as they may sound, and carefully reading them and weighing each passage.

There is less there than meets the ear. Maybe it sounds good to the unquestioning mind, but much of his thinking doesn't hold up to even the most cursory scrutiny. Many of his suggestions are disturbing because they would move the country in old directions that have never worked in the past.

He gave a speech about the economy the other day in Titusville, Fla., that contained many of the thoughts he has expressed repeatedly over the course of this campaign. But they raise obvious questions that cry out to be asked. He is fond of dropping "the Great Depression" into his speeches, such as when he says, "We've seen more foreclosures than at any time since the Great Depression" -- as if to suggest the country is in a depression.

But we are not. We are in the midst of a slowdown, but our economy is still growing by nearly 2 percent a year in the second quarter. He doesn't mention this in his speeches because he wants people to believe things are worse than they are.

He says the economy is suffering and jobs are being lost because "Over the last few decades, revolutions in technology and communication have made it so that corporations can send good jobs wherever there's an Internet connection." In fact, that technology has enabled our country to produce and sell more goods and services with fewer workers, and has made us more competitive in the global marketplace.

The U.S. Commerce Department reported last week that we are selling more made-in-America manufactured goods abroad than ever before, that the trade deficit has fallen, and that we have a trade surplus with all of our free-trade-agreement partners. That's right, the same trade agreements that Obama says he opposes and that have been bad for our country.

Obama likes to point the finger of blame for our economic ills, but he's careful to leave out the people who are in part to blame because he wants their votes.

Take, for example, the housing-mortgage debacle. Who's to blame for that? Well, he says, "When a reckless few game the system, as we've seen in this housing crisis, millions suffer and we're all affected."

The only people to blame were "a reckless few" who were gaming the system -- big banks, Wall Street investment houses, unscrupulous brokers.

This is not to say that mortgage brokers do not bear part of the blame for approving subprime loans for poor credit risks that they should have rejected. And he never acknowledges that many subprime borrowers did ask the right questions and are paying their mortgage on time because banks gave them a chance to own their own home.

So Obama says the economic policies of the past eight years "haven't worked. It's time to leave them in the past where they belong. It's time for something new."

What he's proposing is a lot of new taxes and regulations on the wellspring of most of the jobs in this country: businesses, investors, trade and the U.S. industries who produce our oil and gas. You do not strengthen our energy posture by raising taxes on the people who produce and sell it, or by imposing a ban on offshore exploration and drilling.

Obama's misunderstanding about the fundamentals of our economy is truly breathtaking when you examine who he intends to go after if he wins in November.

He wants to slam the breaks on trade agreements when that is the one pillar holding up much of our economy right now. He wants to pile on a lot of government regulations on banks and Wall Street when subprime-mortgage buyers who couldn't afford them largely caused the mortgage debacle (and when the Fed has already rewritten the rule book on the industry's lending standards). He wants to shovel out another $50 billion in giveaways to the states for more public-works programs when the economy is in need of liquidity that comes from lower taxes on businesses (he would raise their taxes), investors and taxpayers. This doesn't make any sense, and it will further weaken an economy that is already overtaxed and overregulated.