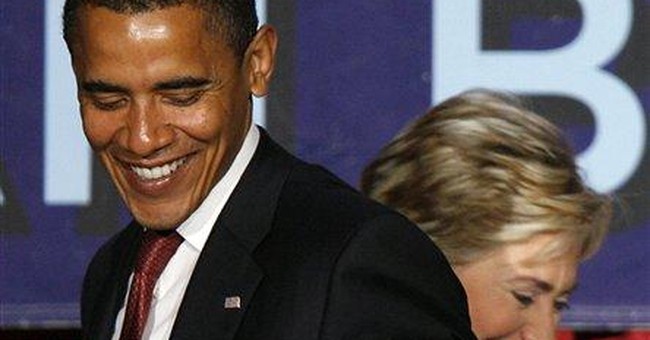 WASHINGTON -- Barack Obama likes to use the word "investment" in his campaign speech on getting the U.S. economy growing again, but it means something very different for him than it does for most people.

To the average American, making an investment means putting one's money into an asset or business enterprise that will return a dividend or interest payment or capital gain -- something that will grow in value over time.

The lifeblood of the American economy and the source of all jobs and growth is capital -- investment capital -- that comes from people who are both workers and investors. Each benefits from the other. But in Obama's speeches, "investment" is a euphemism for government spending -- and it plays an all too prominent role in his platform. As for the word "capital" -- without which there can be no investment to build or expand businesses and create jobs -- that doesn't turn up at all in his economic speeches. More on that later.

The freshman senator from Illinois told an audience in St. Louis, Mo., that "the answer to our fiscal problems is not to shortchange investments that will help our families get ahead -- investments that are vital to our long-term growth as a nation."

But what Obama calls "investments" sound like government giveaways -- taking money from some Americans to give to others -- otherwise known as income redistribution. He's planning a lot of giveaways. Here are four of them:

-- Giveaway No. 1: "A second stimulus package that provides energy-rebate checks for working families ..."

-- Giveaway No. 2: "Establish a fund in the Treasury to help (subprime mortgage) families avoid foreclosure."

-- Giveaway No. 3: "Increased assistance for states that have been hard hit by the economic downturn." These are state governments that spent all their money when times were good, but face deficits when times are bad.

-- Giveaway No. 4: Fifty percent of the first $1,000 saved by "working families" earning less than $75,000 "deposit(ed) directly into your account" by the federal government.

Whatever the merits of these spending programs, they are not going to reinvigorate the economy or create any private-sector jobs. Obama talks a lot about creating jobs, but his speech is disturbingly hostile to wealthy people, who do the most investing. He also harbors no fondness for the notion of using tax incentives to boost capital investment -- i.e., venture capital and risk capital -- to grow the economy, which in turn will create more jobs.

Job creation, to Obama, is one vast public-works project in which a bunch of government bureaucrats will do the "investing" with the tax dollars he expects will come flowing into federal coffers when he raises tax rates on upper-income workers -- including capital-gains taxes on investors (which always results in less revenue, not more).

"One place where that investment would make an enormous difference is in a renewable-energy policy that ... builds a green economy that could create up to 5 million well-paying jobs," he asserted during a speech in Raleigh, N.C., last month.

Who will decide where those tax dollars are invested to create these jobs? Well, the same bureaucrats who are pouring billions into schemes such as corn-based ethanol, which has helped to drive up the price of just about everything in the food chain.

But Obama has other creative ways that this increased spending can create jobs: "We can also create millions of new jobs by rebuilding our schools, roads, bridges and other critical infrastructure that needs repair," he told the good people of North Carolina. Well, creating jobs through public-works spending -- er, I mean investing -- is hardly a novel idea, nor is it "change you can believe in." It has been tried many times before but without much success. We cannot spend our way to prosperity. Then there is Obama's strange enmity toward the word capital, which he shuns like the plague. You can't begin to talk seriously about economic growth and job creation without talking about capital formation and unleashing capital in private investment markets.

You can't have a thriving capitalist economy without capital, but Obama never mentions capitalism, either. Maybe it's because he dislikes that word, too, and even the system itself. He ridicules his presumptive presidential rival John McCain's economic-growth prescriptions, which call for keeping the tax cuts we have on the books and trimming other tax rates (like the corporate tax rate, which is the second highest in the industrialized world), to spur business expansion and hiring.

But Obama would effectively raise corporate tax rates when he says he will "shut down corporate loopholes." And he says he will raise the top income tax rate, which will slap higher tax burdens on small, often family-run businesses, engines that drive job creation in our country. In one remarkable passage in a recent speech, Obama says McCain "trusts that prosperity will trickle down from corporations and the wealthiest few to everyone else. I believe it's the hard work of middle-class Americans that fuels this nation's prosperity."

But 150 million workers have jobs because businesses large and small were started with investments and savings. His frequent use of that old labor-union smear term "trickle down" to discredit capitalism is a cheap shot that does not sound like someone who represents real change.