America Should Be 'Oil' For More Drilling 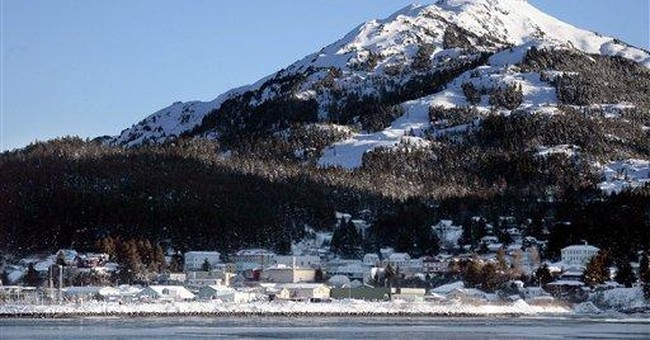 WASHINGTON -- The law of supply and demand is the oldest and wisest axiom in free-market economics. Exceed the demand for something by overproduction and the price will fall. Sharply reduce its supply in the face of very robust demand, and the price will go up. Congress, well-meaning environmentalists, government regulators and assorted Malthusians seem to have forgotten this simple, fundamental rule, and the result is $120-a barrel-oil and $4-a-gallon gasoline.

The United States and the global economy will need a great deal more energy in the decades to come. It is said that within the next two decades we'll need about 40 percent more energy than we used in 2005. No one disputes this, and that figure is probably wildly underestimated. For the present time there are only a few major energy resources that can meet our needs until we develop new sources of power.

Oil is one area where we can significantly, safely and cleanly boost our supply in the years to come if we set ourselves on a course to encourage more oil exploration and more refineries. I totally agree with economics writer Robert J. Samuelson's commonsense, long-term supply and demand solution to the problem of ever-rising oil prices: "Start drilling." In the murky, demagogic debate over energy, his words were a fresh breeze amidst an overabundance of hot air.

"Any unexpected rise in demand or threat to supply triggers higher prices," Samuelson recently wrote in The Washington Post. "The best we can do is to try to exert long-term influence on the global balance of supply and demand. Increase our supply. Restrain our demand," he wrote.

It probably comes as a shock to most people that the United States is the world's third-largest oil producer. (Saudi Arabia and Russia hold the top two spots.) We produce a lot of oil and can produce much more. But we have hamstrung our oil industry by forbidding further drilling in Alaska, (where the Arctic National Wildlife Refuge could possibly provide for as much as 5 percent of our current oil needs) or in offshore oil fields in the Atlantic, Pacific and the Gulf where vast resources are believed to exist.

We have to get over this political myopia about oil companies and the money they make. Exploration and drilling is enormously expensive and requires vast amounts of money. The oil and natural gas (is there a more abundant energy source than natural gas?) industry says it has spent $1.25 trillion since 1992 on exploring, production, refining and distribution.

But instead of focusing on how can we increase oil and gas supplies, the Democrats in Congress, sounding increasingly like Hugo Chavez, have been working to reduce supply in the face of constantly rising demand. To wit: they've said no to more exploration, and have been pushing for higher taxes on oil companies to recoup what they call "excess profits." Such policies make us more dependent on foreign oil while throttling supply, which in turn has contributed to high prices at the pump.

There's nothing wrong with the price of gasoline that a few dozen new refineries cannot cure, but we haven't built new refineries for several decades, and that's why gasoline inventories have been playing a costly, precarious game of catch-up with demand. Just the threat of a storm in the Gulf that might shut down a few rigs has traders bidding the price of limited supplies higher and higher.

There's a third source of cheaper energy that would help make us less dependent on foreign oil: nuclear power. But here again the people who run Congress continue to pander to environmentalists, who have set up one obstacle after another to prevent additional plants from being built.

France gets most of its energy needs from nuclear power. So can we. The Nuclear Energy Institute says America's 104 nuclear power plants are responsible for 54 percent of the electric sector's voluntary greenhouse-gas reductions. We need to build more nuclear plants in order to provide an inexhaustible supply of electric power for centuries to come. Power companies have filed permits to build such plants in Virginia, Texas, North and South Carolina, Maryland, Mississippi, Alabama and Georgia, but, here again, they face huge obstacles from environmentalists, and it could take years to overcome the legal and political hurdles placed in their way.

Meanwhile, America is being taken to the cleaners by needlessly high oil and gas prices caused by congressional ignorance and inability to come to grips with the only viable solution: Start boosting energy supplies and the cost to consumers will come down.

A do-nothing Congress that has been AWOL on energy could prove a very effective issue for the Republicans in this election year. I can see TV ads, reminiscent of the GOP ads in the 1980s, saying, "The Democrats are out of gas" as summer prices shoot through the roof and an angry electorate decides to throw the bums out.

Sadly, John McCain is opposed to drilling in ANWR, but that shouldn't stop the House and Senate Republicans from making this their issue in the congressional elections.

Indeed, Robert Samuelson has given the GOP its strongest rallying cry and its best bumper sticker for the fall campaign: "Start drilling."