For Democrats, the Worst of Times 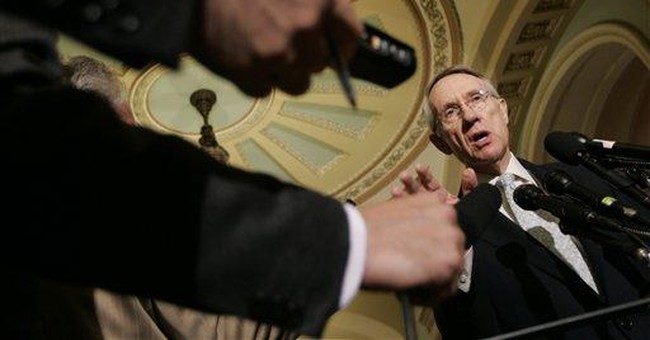 WASHINGTON -- This has not been a good week to be a Democrat.

New York Gov. Eliot Spitzer, the most prominent Democratic governor in the country, who built his reputation on prosecuting the crooks on Wall Street, has been caught patronizing high-priced call girls in a prostitution ring.

Spitzer, a holier-than-thou force against wrongdoing, has become this year's poster boy for hypocrisy, arrogance and moral turpitude -- not the public image that Democrats want in the middle of their election-year campaign to portray the Republicans as mired in a "culture of corruption."

The timing of all this hurts them, too. The stunning revelations about the governor have effectively wiped the Democratic presidential race off much of the nation's front pages just as it is moving toward the home stretch.

In the meantime, Hillary Clinton, once a seemingly unstoppable force for the presidency, now seems incapable of catching up to Sen. Barack Obama, who is more than 100 delegates ahead of her in the nominating race.

Sadly, she and her husband, Bill Clinton, are making desperate claims that don't hold up to even minimal scrutiny, making both of them look, well, silly.

The former president has been suggesting that his wife and Obama can settle their differences if he would agree to be her running mate -- an idea the freshman senator so effectively ridiculed that it became the laughing stock of the campaign.

He has won more primaries than her, received more votes and accumulated more delegates, said Obama on Monday, campaigning in Mississippi.

And Obama was just getting started with a stand-up act that was better than anything seen on "Saturday Night Live" lately. Hillary Clinton has been running around the country saying that Obama was not ready to be president, a charge that will no doubt be at the core of John McCain's campaign if Obama is his opponent in the general election.

But he told his audience, "I don't understand. If I'm not ready, how is it you think I would be such a great vice president?"

He enjoyed quoting Bill Clinton, saying in his 1992 campaign that the critical criterion for a vice president was "someone who would be a good president, if, God forbid, something happened to me a week after I took office."

The Clinton campaign seemed to be losing its pitch, throwing softballs with little force or strategic thought behind them, while Obama was slugging them over the fence.

The Democrats were also once again fuming and fighting over their presidential nominating rules in an escalating war that senior advisers say threatens to divide the party and damage its prospects in November.

These rules have forced the Democratic National Committee to strip Florida and Michigan of its delegates to the national convention, triggering charges of disenfranchising millions of their voters; empowered 795 superdelegates to pick a nominee in the event of a deadlock, regardless of the primary results; and raised questions about the efficacy of a long-drawn-out, proportional, delegate-selection process that may not produce a nominee before the convention in August.

If Democratic leaders cannot clean up this mess, the result "would be a disaster for the party which would be a very divisive floor fight and a lot of bitter feelings about whoever gets the nomination that somehow it was stolen by a backroom deal," said former Clinton White House chief of staff Leon Panetta.

Panetta, who is supporting Clinton, told me that the party needs to seat the Florida and Michigan delegates in a way that is seen as fair to both candidates -- a goal that seems beyond reach for now.

Over the long haul, "the whole primary system needs to be re-examined," he said. "We need to have a regional system rather than have states fighting to be first in line. We ought to move to a winner-take-all primary process. It's a cleaner approach to have someone win a primary, and it's fair. A majority vote usually wins in our system of democracy."

The specter of a bunch of superdelegates in smoke-filled rooms deciding who the nominee will be bothers many Democrats who fear it will poison the party's nominating process and hurt its chances in the fall.

"I don't think anyone envisioned that the superdelegates would decide who the nominee would be. I think that's a big difficulty, but we can talk about it after the election," said New Hampshire Democratic chairman Ray Buckley.

As things stand now, it appears neither candidate can reach the magic 2,025 delegates needed to clinch the nomination in the primaries. But if Obama's delegate lead holds, the proportional system Panetta wants to scrap will keep him ahead of Clinton to the end.

Then, in a scenario Democratic leaders fear most, the remaining 300 or so unpledged superdelegates will decide who wins. It could get very ugly.