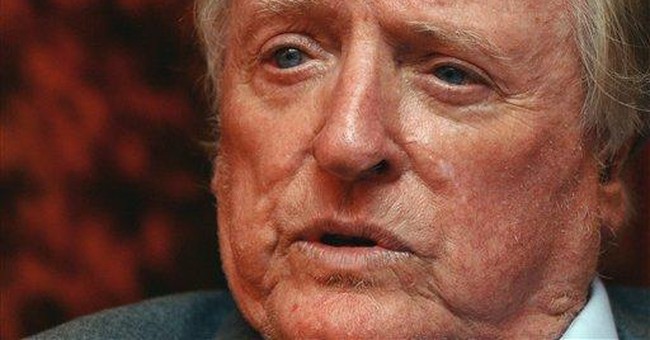 WASHINGTON -- William Buckley's pioneering influence in the creation of the modern American conservative movement has been well documented since his passing last week.

But little if any attention has been given to the influence and impact he had upon a younger generation of foot soldiers in that movement in the 1950s and 1960s, when he burst upon the political scene with the publication of his indictment of liberal academics, "God And Man At Yale," and with the founding of National Review magazine. The movement he helped to create produced a large cadre of thinkers, writers, political strategists, activists and fundraisers that eventually came to dominate American politics over the past half century. But Buckley stood as their intellectual leader, the paladin of the American right.

Nowhere was his influence felt more keenly than on America's college campuses, bastions of liberalism that viewed Buckley as their archenemy but soon saw his forces storming the gates and making inroads into their once impregnable territory. I was a college student at Boston University in the early 1960s who had read "God And Man At Yale," as all of Buckley's admirers had, and was astounded that the political prejudices he excoriated at Yale were the same ones we encountered in our own classrooms.

At B.U., one of my government professors enthusiastically spoke in his lecture hall about his admiration, work and support for John F. Kennedy. On the first day of an economics class my professor came in, opened up a book by John Kenneth Galbraith, the Harvard socialist, and read from it at length as his textbook. Another teacher promoted socialist Sweden as the only sensible economic system to follow. Republicans were bad and conservatives were dangerous. Capitalism was absolutely the worst of all the isms, bent on further enriching corporate power at the expense of the poor and the working class. Alternative views to this basic template were hard to find, if not extinct.

Buckley's books, magazine, writings and lectures provided us with a well-reasoned, intellectual defense of conservatism and free-market capitalism, and we carried his crusade onto our campuses and into our classrooms because of him. But hostility to conservative thought remained intense, though the fun was in the battle of ideas, as outnumbered as we were then.

One of the influential decisions Buckley made in those early years was the formation of Young Americans for Freedom, a student organization he helped found at his family estate in Sharon, Conn. I started a YAF chapter at B.U. and for one our very first acts we invited Buckley to speak on campus, which he did. He was witty, provocative and articulate. But as I recall, a number of professors and leftist students who attended walked out in protest soon after he began to speak. This was the level to which academic discourse had sunk on our college campuses. It only grew worse.

At the time, I was writing a pamphlet on issues of the day, depositing a stack of them in the student union. One day a professor came into his class carrying all of them, made a few uncomplimentary remarks about what I had written, then unceremoniously dumped all of them into the wastebasket.

Perhaps the high point of YAF's political influence in the early '60s came when the organization held a rally at Madison Square Garden. Students from around the country packed the Garden to the rafters, flocking to hear conservative leaders such as Sens. Barry Goldwater of Arizona and John Tower of Texas. The New York Times, astounded that so many conservatives could fill the Garden to overflowing, slapped the "Thunder on the Right" story on its front page. Many of the national security and free market themes struck by the speakers at that rally reverberated into the 1980s, 1990s and beyond. Goldwater, against heavy odds, went on to wrest the GOP presidential nomination from the Eastern wing of the GOP and pioneered the political path that led to Ronald Reagan's presidency.

One of the speakers at that rally was L. Brent Bozell, Buckley's brother-in-law and colleague at National Review, who brought the audience to its feet when he declared that the next president should tell the Soviet Union to "tear down the wall." Reagan delivered that ultimatum near the end of his presidency and the Berlin wall came tumbling down along with the evil empire.

After college, I went into journalism and ended up covering Goldwater and Reagan -- and interviewing them many times -- as the conservative movement climbed toward the summit. I don't think many of the Washington reporters who wrote about their campaigns really understood the immense political role Buckley played in the ascendance of conservatism up to that time.

I remember, during Reagan's 1980 campaign, walking up to the front of his campaign plane to interview him, and there in his open brief case next to him was a copy of Buckley's National Review.

"We wouldn't be here without him," Reagan told me.