Texas Democrats: Do As I Say, Not As I Do

Dinesh D'Souza
|
Posted: Jul 21, 2021 5:35 PM
Share   Tweet
The opinions expressed by columnists are their own and do not necessarily represent the views of Townhall.com. 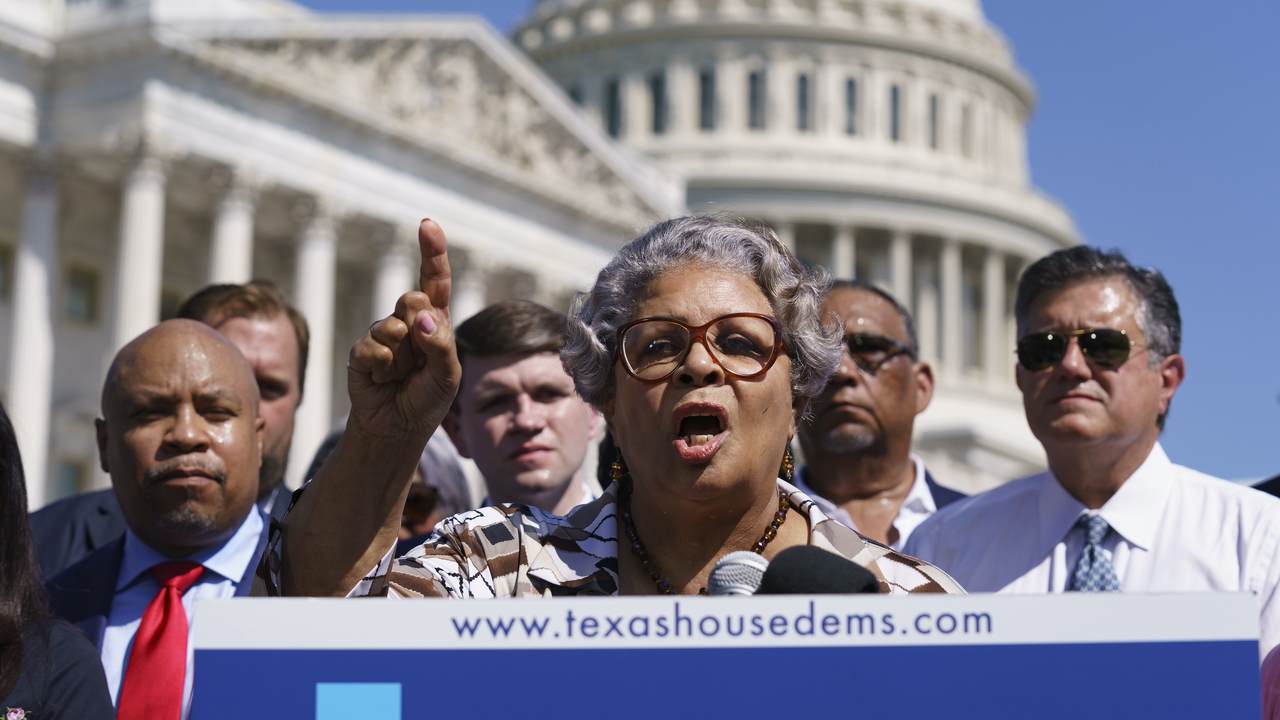 Are you laughing your head off at these Texas Democrats? I am. I'm enjoying the show so much. It was supposed to be a brilliant masterstroke. They worked in a coordinated fashion, two private planes, 50 plus Democrats. They're having a great time on the airplane. They're taking selfies. They're triumphant. They're treated as media heroes when they arrive. They've got all these meetings with the White House, meetings with Kamala Harris, with Pelosi. They're lobbying for federal legislation. They have thumbed the finger at Governor Abbott and the Republicans, saying, "Go ahead, meet without us. You don't have a quorum!"

And now who's laughing, guys?

It reminds me of all these videos you see on social media of the stupid criminals. Like the guy who runs into the getaway car after robbing the bank and the getaway car won't start, or the arsonist and sets himself on fire. It's that kind of thing.

I remember a comedy about Sherlock Holmes and Watson, and Sherlock Holmes tells Watson, "Watson, listen. The bad guys are coming. But you know what? I've got it all figured out. I've got all these mirrors set up throughout the house. I'll see their reflection over here, their reflection over there. They won't have any idea where we are." And so the bad guys come in, and they start shooting. And then, in the closing scene, Sherlock Holmes and Watson appear, and both of them are riddled with bullets. In other words, this brilliant scheme completely backfires, and that's what's happened with these dudes.

They've become super-spreaders. They've given COVID to someone at the White House. They've given COVID to someone on Pelosi's staff, so you have all these COVID-ridden Democrats. By the way, all of them say they're fully vaccinated. What the heck does that say about the vaccination? All of them are fully vaccinated, and all of you have COVID? Really? So I wonder if these guys are lying about being fully vaccinated. Either that or it suggests that the vaccination itself may be a problem. It may not make us quite as invulnerable as we are led to believe by the CDC because this is not a case like one person got COVID. It's kind of like a whole bunch of them got COVID, and they've apparently been transmitting it left and right to each other.

When White House Press Secretary Jen Psaki was asked about this, she decorously tries to avoid the topic.

Fox New's Peter Doocy asked, "More than 10% of the traveling party with these Texas Democrats now claim to have a breakthrough case. Is there any concern that this trip that was intended to advocate for voting rights is now a super-spreader even in Washington?"

"Well, I would say that's not a characterization we're making from here," Psaki stated.

That's not the way "we" put it. "We don't like to blame our own team for being super-spreaders." I mean, the point is, these guys are massive hypocrites, right? They're lecturing everybody, "We must get the vaccine. You must wear a mask." And then, when they're on the private plane, this is when you get a little window into how they behave in their own world. They don't care. None of them are wearing a mask. And they're taking selfies; they're hugging each other. You can see here that it's "Do as I say," not "Do as I do."

But the problem is beyond that. Debbie and I were talking about it. Is it actually legal to go maskless in a private plane as opposed to, say, a commercial plane? So I looked it up. Federal law requires wearing a mask on board private aircraft, and failure to comply constitutes a violation of federal law. So again,  is anybody even looking into this? Are these guys going to be held accountable? Probably not. And this is how Democrats are. They're unaccountable, and they know it. They know that they can do stuff and that no one's going to call them on it.

While the media lionizes these guys as "champions of democracy" and for fighting for a federal law about "voting rights," what is being ignored is a simple matter in which they are subverting democracy, the democratic process in their own state.

Let's remember that they're elected to represent Texas. Now, it's one thing if they had some legitimate pretext. Had they gotten COVID somehow in Texas and said, "We can't show up because we're sick, we have to quarantine," that'd be one thing. But no, they made a getaway, which was, if you had to describe what they're doing, it's "obstructing an official proceeding." The official proceeding here meaning the special session of the Texas legislature. They're obstructing that, and they're proud of doing it. They're boasting about it. Well, how is what they're doing fundamentally different from what the January 6 protesters are accused of doing?

Remember, for the non-violent protesters, the vast majority of them, they're accused of trespassing, unauthorized in a Federal Building. But I mean, that's nothing, right? That's a fine of 50 cents. So to try to ramp up the charges, make it more serious, the government is accusing them of "obstructing an official proceeding." And by obstructing, they mean obstructing for what? Delaying it for like three hours?

Now, look at the way the Texas democrats are delaying the democratic process in Texas unlawfully. They're breaking the law no less than the January 6 protesters, and they're obstructing it for days, and it's becoming weeks, and who knows if it'll turn into months. So once again, the Democratic Party, although they portray themselves as champions of democracy, doesn't hesitate to undermine, halt and subvert the democratic process when it benefits them politically.