Dinesh D'Souza
|
Posted: Mar 10, 2021 4:30 PM
Share   Tweet
The opinions expressed by columnists are their own and do not necessarily represent the views of Townhall.com. 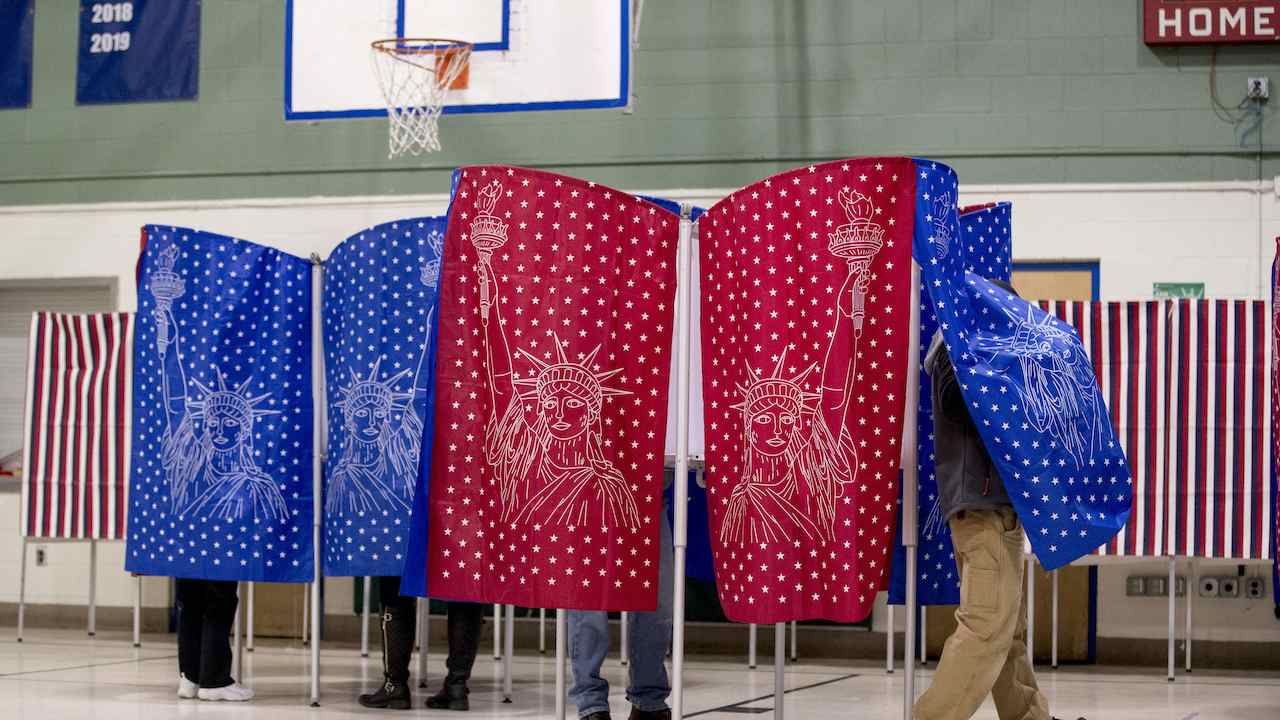 Is Joe Biden ready to be put out to pasture, kind of like an old horse? Well, I think he's been ready to be honest, he was ready before the election, and the Democrats on the left knew that. I'm not sure if the American people knew that, although I do think that no Americans voted for Biden. Now when I say that what I mean is, I think that the election was all about Trump, people voted for Trump, people voted against Trump. I don't even think Jill Biden voted for Biden. But we have Biden, we're stuck with Biden, and yet we have a president who appears to be well, not all there. I mean, not all there in a quite literal sense.

Presidents typically give a State of the Union, here we are way into March, no State of the Union, no even clear sign of a State of the Union. Presidents typically give press conferences, where you have a barrage of questions. Biden hasn't given one yet. They say he might give one by the end of the month. Occasionally he takes a question or two, recently he spoke at a small business in D.C., but the moment people began to ask him questions the handlers - you can see them moving in, blocking the questions. Biden has done a few calls with world leaders but even then it looks like Kamala Harris is stepping in and taking over that responsibility, and let's think of how unusual that is. In America, the vice president is not really the sort of assistant president or the deputy president, the vice president is a completely different role, and yet here's Kamala Harris and she's calling Emmanuel Macron and she's calling Trudeau and she's, in a sense, filling in for the guy who sort of isn't there.

Now, all of this is very troubling. But what is even more troubling is the kind of open acknowledgement on the part of the left, people like Nancy Pelosi, that Biden is a puppet. Here's a short clip of Nancy Pelosi, a very revealing one that shows a lot about her view of Biden and it shows a little bit about her. Listen, "in order to open these doors, we do not say open sesame, we say, open Biden. That's our magic word. Open Biden. I love it." Wow, now, I take this to mean that Nancy is saying that there's a kind of automatic door opener. Biden is literally not doing anything. They're using him, they're manipulating him. Now, if you listen to her and that little cackle I mean she's half crazy. So you basically have a president who's not all there and you've got a Speaker of the House who appears to be a little whacked.

And this is a disturbing situation. Now, it's not just disturbing for the facts that I've laid out so far, it's also disturbing because there's a little problem here with the idea of democracy itself. We keep hearing about democracy. We need to have more democracy, we need to, we need to perfect our democracy, we need laws that make us more democratic and so on. Well, the bottom line of it is, the core meaning of democracy is that the people elect the president and he directs things, and that's not happening. Now you might say, well of course we have aides who advise Biden and it's the job of the president to hire his own staff and so on. Yes, but the key thing here is that the president makes the decisions. He directs the aides, as opposed to the aides directing him. If the aides are the ones calling the shots and Biden is the one in a sense carrying out the instructions. We don't have a functioning democracy, we didn't elect those guys, we elected Biden to make these decisions. That's the meaning of representative democracy. So the bottom line is with Biden we have in his very absenteeism a serious threat to democracy. And yet this is not being talked about it's not being discussed, in fact it seems to have gone completely unnoticed.

Nancy Pelosi’s dream legislation, HR 1, this is the legislation to sort of overhaul the whole voting process really to make it favorable to Democrats, to create a sort of one party system, this is now making its way to the Senate. It's going to have a much harder time in the Senate and passed very narrowly in the House. The odds are against it, passing in the Senate but nevertheless it has to be taken seriously, the Democrats do have a narrow Senate Majority, and this is very important to Pelosi and to the left. Now they claim that they're doing this to really advance democracy.

But let's remember that democracy is a term that is very often abused. In fact it's abused all over the world, it's been abused ever since it became a kind of moral norm for modern society. Think for example under the Soviet regime of the German Democratic Republic, the GDR, now, they didn't have a democracy, they had kind of fake elections but they called themselves democratic. Iran calls itself democratic, they have elections, but the elections are show elections, they're not real elections, one party always gets like 98% of the vote, it's kind of a done deal in advance, and the mullahs retain all the power. Venezuela has elections, but they're rigged elections, so the invocation of the word "democracy" doesn't mean you actually have democracy. Now two key elements of HR 1 deserve to be emphasized. One is the focus on the vote counting procedures in the cities. That's one thing the Democrats are emphasizing - the need to have a sort of a federal system to guarantee democratic control of the vote in the cities. And the second aspect is there's a lot of talk about race in this so called reform bill. And what I want to point out is that historically the Democrats have always recognized that race, the issue of race, and the cities are key to creating their own permanent majority.

If we look at the history of the United States, there are two eras that we should focus on. One is the era of the big city bosses and Tammany Hall. That was the era of the Democrats rigging the vote in the cities. And then separately, the era after Reconstruction, particularly in the American South. When the Democrats used the race issue, they used it a little differently now, but in both cases they emphasize racial identity and racial politics to give them a certain type of a decisive advantage and that's how the Democrats controlled the South for almost 70 years.

So let's talk for a moment about Tammany Hall, we think of Tammany Hall in terms of, you know, Boss Tweed and all these bosses accumulating wealth and handing out patronage. But what did they, how did they achieve this patronage, what was in it for them? What was in it for them is that they were able to rig the vote, that was key the democratic machines and here we have Boss Tweed Of course, in Tammany Hall, but there was Charles Murray and Richard Croaker, in Brooklyn we had Uncle John M'Cooey, in Kansas City we had Frank Haig and Tom Pendergast, and in Boston we had James Michael Curley and John Fitzgerald, all Democrats, and they mastered a system of vote rigging that is very very telling.

Basically what they did is they told these immigrants. They didn't just tell them how to vote, they would say you show up. And they supplied the immigrants with already filled in ballots, and the immigrants would just show up at the voting booth. And when the supervisor wasn't looking, they would substitute the filled in ballot for the empty ballot that they were handed. And then later the Democrats got even more creative with these big city machines. They would deliver dead people's votes, in fact immigrants were known...to show up multiple times to vote, sometimes they'd be voting using the names of characters in novels or dead relatives or dead people listed on tombstones in local cemeteries.

The point I want to make is that all these schemes were invented in the middle of the 19th century. They're not new. It's not as if they thought about them now. They've been, they've been perfecting these arts for a long time, and then, turning to race. When we think about groups like the Ku Klux Klan and again we think about, you know, lynchings and we think about the Klan writing and terrorizing people, but terrorizing them, for what purpose, to do what? Basically the goal here was to terrorize black people so that they wouldn't vote. So voter intimidation was in a sense, I wouldn't say invented by the Democratic Party, but perfected by the Democratic Party. The Klan conducted a reign of terror and here is the progressive scholar Eric Foner saying of the Ku Klux Klan, quote 'the Klan was a military force, serving the interests' the voting interest 'of the Democratic Party.' So the bottom line of it is the Democrats have long known that there's a distinction between campaigning and elections. Republicans focus a lot on the campaign. Let's, let's have a really good campaign so the election will come out all right. For the Democrats, it's twofold. Let's have a campaign. Let's try to fix the campaign. Let's try to organize the campaign, but let's not forget that if we want to be assured of winning, we also have to fix, we also have to organize, we also have to orchestrate the election itself.