Life After Death: The Message of Evolution 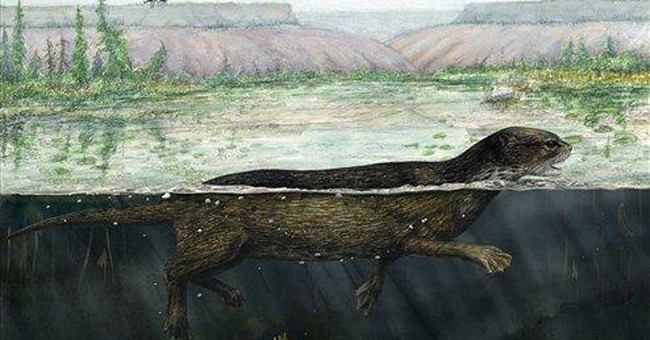 Is there life after death? One way to answer this question is to examine whether nature reveals some kind of a plan for life. We’re seeking not just any plan, but a plan that shows a progression from perishable things to imperishable things. Yes, a plan that develops from something like inert matter to something like consciousness or the mind would do very nicely. That’s because consciousness and mind have qualities very different from those of material bodies, and it’s possible that these qualities enable consciousness and mind to survive even after bodies perish.

Consider this passage from physicist Freeman Dyson’s A Many-Colored Glass, “Before the intricate ordered patterns of life, with trees and butterflies and birds and humans, grew to cover our planet, the earth’s surface was a boring unstructured landscape of rock and sand. And before the grand ordered structure of galaxies and stars existed, the universe was a rather uniform and disordered collection of atoms. What we see…is the universe growing visibly more ordered and more lively as it grows older.” So according to Freeman the universe has developed from a few simple things to many complex things.

What about life? Here we find that many biologists emphatically deny any kind of plan or progression. Darwinian evolution, they say, is based on random accident. Biologist Jacques Monod writes in Chance and Necessity that “chance alone is at the source of…all creation in the biosphere.” Insisting that our lives are the material products of a random process, biologist William Provine concludes that “when we die, we die, and that’s the end of us.”

This position has been argued most eloquently by Stephen Jay Gould. In Full House, Gould points out that the earliest forms of life were bacteria. “Now we have oak trees, praying mantises, hippopotamuses, and people.” Even so, bacteria haven’t been eliminated in the struggle for survival; indeed they outnumber all the other species put together. Somewhat wryly, Gould writes that we live in an “age of bacteria” confirmed by global “bacterial domination.”

Gould concedes that one can trace a continuous lineage from one creature to another, but this, he argues, does not constitute “progress” of any sort. After all, “Invertebrates didn’t die or stop evolving after fishes appeared” and similarly “fishes didn’t die out or stop evolving because one lineage…managed to colonize the land.” Mammals emerged later than reptiles, but reptiles are still around. On this basis Gould argues that it is mere arrogance for man to place himself at the top of the evolutionary ladder; in reality, we are the products of a fortunate series of accidents, just like every other life form. Re-run the tape of evolution from an identical starting point, Gould says, and there wouldn’t be humans but rather radically different creatures populating the planet.

Gould’s position was conventional wisdom in biology until a decade ago, but now some of the world’s leading biologists are challenging it. Two of them are Christian De Duve, who won the Nobel prize for his study of cells, and Simon Conway Morris, who is a leading expert on the fossils of the Burgess Shale. Duve and Morris argue that all the talk about randomness and contingency is overstated. In fact, they insist that evolution among several species has followed predictable pathways. Eyes, they contend, have evolved on separate evolutionary lines on multiple occasions. Placental and marsupial mammals are not closely related, and yet they have developed with similar structures and forms. Morris writes that “each group has independently navigated to the same evolutionary solution.”

Duve and Morris don’t deny the factor of chance, but they note that chance itself follows a largely predetermined trajectory. Paradoxically, chance mutations and varied environments nevertheless lead to evolutionary convergence. To understand how this might happen, think of tossing a coin several times; each toss produces a random result of heads or tails, but with many tosses one can predict with a high degree of certainly roughly how many heads and tails will occur. Or think of water descending from a mountaintop—there are many available tracks for it to follow, but they all point in the same direction, downward.

So too Duve and Morris view evolution as finding varied pathways toward convergent solutions. The clear implication is that if we could re-run the tape of evolution, we’d find a similar pattern emerging all over again.

Duve in Vital Dust and Morris in Life’s Solution offer a plethora of examples to illustrate their point. For our purposes, it’s enough to note the obvious plan suggested by evolution. Even though bacteria are still around, it’s hard to deny that as we move through historical time, with all its disruptions and cataclysms, evolution shows a progression from more simple creatures to more complicated ones. Duve’s book features a diagram of a Tree of Life that has eubacteria and archaebacteria at the root, then simple eukaryotes, then more complex multicellular organisms, then fungi and plants, then fishes, then reptiles, then mammals, and finally humans.

The age of the mind: an arresting concept. It reveals that evolution has gone beyond increasing complexity; it has provided the catalyst for a new order of being in the world. Through the human mind, the cosmic code has finally produced a mechanism for its own detection. Surely this is a fact of fundamental significance. Not only has matter somehow generated life, it has also generated awareness and understanding.

In other words, evolution has through a kind of historical inevitability produced a special kind of being that can discover evolution. In addition to ensuring survival, the universe has ensured its own comprehension. Nature has unfolded a plan for nature itself to become known. The progression of evolution on earth shows an unmistakable trajectory from matter to mind.

Thus it is possible that our individual destiny might follow nature’s destiny in moving from one type of existence to another. We, like nature, might have a built-in progression from perishable matter to imperishable mind. The time will come when our bodies will irretrievably break down, but it is possible, indeed suggested within the script of nature, that a part of us might outlast these mortal coils.