The Black Caucus War Against Obama 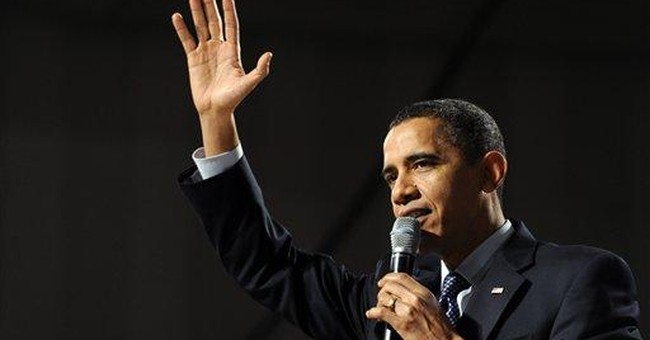 A civil war is breaking out within the left of the Democratic Party pitting the Congressional Black Caucus against the first African-American president.

The battle began when California Rep. Maxine Waters complained publicly about the administration's failure to do more to help minority-owned businesses in the current recession. (Translation: In the new stimulus of "jobs" bill making its way through Congress, they want a larger take.) It continued yesterday when 10 members of the Black Caucus refused to participate in a meeting of the House Banking Committee that was considering the bill to restructure financial regulations, forcing Chairman Barney Frank to push the bill through by the uncomfortable margin of only 31-27.

The latest shot in the battle was fired by Homeland Security Chairman Bennie Thompson, D-Miss., a card carrying regular of the Black Caucus. Faced with the need to investigate the gate-crashing at the White House during the recent state dinner for India, he chose to embarrass the administration by subpoenaing White House Social Secretary Desiree Rogers rather than quietly negotiating for her appearance.

That Thompson's action was a deliberate slap in Obama's face is obvious (even though the media have missed it). Since when does a liberal Democratic committee chairman embarrass a liberal Democratic president by forcing a liberal Democratic social secretary (from Chicago no less) to resist a subpoena to appear at a hearing? Since he wanted to send a message to Obama and Chief of Staff Rahm Emanuel that the Black Caucus did not like being taken for granted.

The merits of the controversy are obvious. What possible reason would a social secretary, for goodness sakes, have for the assertion of executive privilege, usually reserved for issues of national security? Obviously, none. But Thompson chose his target well. He struck at the social core of the Chicago Mafia that runs the White House, probably striking within the Obama family as well.

You don't do that to a president of your own party, your own ideology and even your own race unless you want to make a point.

The friction between the Black Caucus and Obama escalated when Waters berated the administration for failing to rework a business loan from Goldman Sachs to the Inner City Broadcasting Corp. Inner City is run by Pierre Sutton, son of Percy Sutton, the longtime media giant in the African-American community. Two weeks after she raised the issue in a meeting with Treasury Secretary Timothy Geithner and Emanuel, Goldman saw the light and restructured the loan.

Coming on top of liberal angst with the decision by the "peace" president to escalate the war in Afghanistan, this split with the Black Caucus comes at an awkward time.

But you pay a price when you mess with the African American Caucus and the Suttons. The Obama administration is feeling it. Its kind of fun to watch!