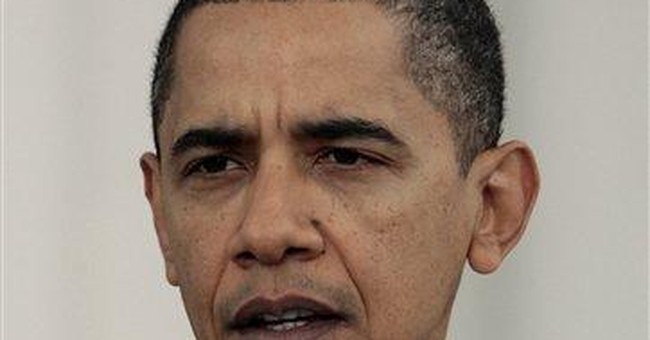 While Obama has been at great pains to make a show of avoiding taxes on the middle class to pay for his health care changes, his proposed increase in Medicaid eligibility will have a huge impact on the 39 states whose income cutoffs for the program are below those required in the new federal legislation.

All states except for Connecticut, Illinois, Maine, Massachusetts, Minnesota, New Jersey, New York, Rhode Island, Tennessee, Vermont and Wisconsin (plus the District of Colombia) will have to raise their eligibility for Medicaid under the Senate health care bill. And they will have to pay for part of the cost. Under the House bill, with a higher Medicaid eligibility standard, Massachusetts and Vermont would also have to pay more.

The magnitude of the new Medicaid spending required by Obamacare is such as to transform the nature of state finances. A large part of the reason that some states, particularly in the South, have been able to avoid higher taxes is because they have chosen to keep down the Medicaid eligibility level.

The hardest hit states would be Texas ($2.8 billion in extra state spending), Pennsylvania ($1.5 billion), California ($1.4 billion) and Florida ($909 million). Who knows if Florida could avoid imposing an income tax if it has to meet so high an unfunded mandate?

In many of the states represented by swing senators in the health care debate, the required increases in state spending are likely to be quite high. In Arkansas, where swing Sens. Mark Pryor and Blanche Lincoln live, the increased state spending required under the Obamacare bill would come to $402 million (not counting the federal share), about a 10 percent increase in state spending. In Louisiana, where Marie Landrieu has sold her vote in return for more Medicaid funding, the increase would come to $432 million (a 5 percent hike in state spending), more than wiping out the extra funds she got in return for her vote. In Indiana, where moderate Evan Bayh is senator, spending would go up by $586 million, a hike of 4 percent. In Ben Nelson's Nebraska, the additional state spending required under the bill would be $81 million, a 2 percent increase. The Obamacare bill would cost North Dakota, home of Sens. Kent Conrad and Byron Dorgan, $14 million, and in South Dakota, represented by moderate Democrat Tim Johnson, Medicaid spending would have to rise by $33 million.

The Medicaid expansion provisions of the Senate bill are complex. In the first year of the program (2013), states must enroll anyone who earns less than 133 percent of the poverty level in their programs. For a family of four, the national average poverty level in 2009 is $22,000 a year. So any family that size that makes less than $29,000 would be eligible for Medicaid. Many states, particularly in the South, actually have Medicaid cutoffs that are below the poverty level. Arkansas, for example, cuts off its Medicaid eligibility at only 17 percent of the poverty level, and in Louisiana, it goes up to only 26 percent. For these states, the spending increase required by the new bill is huge.

For the first three years of the program (2013-2015), the federal government would pay for all of the costs of the Medicaid expansion. But, starting in the fourth year of operation -- 2016 -- the average state would be obliged to pay 10 percent of the extra cost.

For Democratic governors, this provision means sudden death. Particularly in states with limited Medicaid coverage, it would require huge tax increases that would bankrupt their states. This mother of all unfunded mandates is a tsunami coming at the states as Obama tries to shift to them as much of the program cost as possible.

The following chart indicates the amount of new state money each of the 39 affected states would have to come up with apart from federal aid to cover the unfunded mandate in the Baucus or Senate version of the health care bill:

These data are rough calculations prepared under the advice and guidance of the Republican staff of the committee. The exact numbers -- which have not yet been released -- will vary due to a number of factors, some not even worked out yet in the bill. But they present a clear indication of the order of magnitude of what is coming down the pike for 39 states under this bill.