Does Obama Know What He Is Doing? 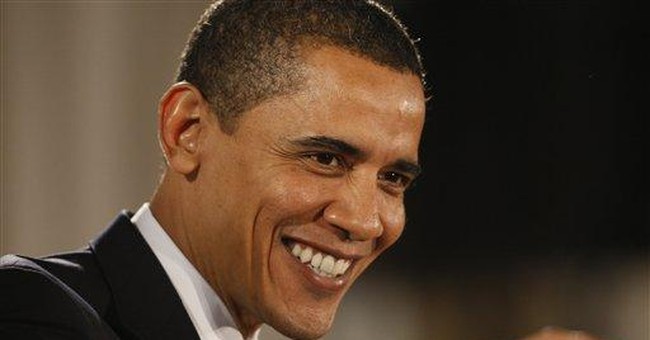 Conservatives are so aghast at the huge spending going on in Washington and the $1.75 trillion deficit (13 percent of our gross domestic product) it is causing them to overlook an even more basic question about the president: Is he competent? Does he know what he is doing?

To be specific: Does he know how to do anything other than spend money? His stimulus package, of course, took no special ability. He left the details of the projects up to the House Democrats, who are more than willing to fill in the blanks. But his two other major initiatives -- his banking and mortgage relief plans -- are both flawed and highly unlikely to solve their respective problems. Indeed, they are so wide of the mark that one has to ask if Obama is not only a radical but also an incompetent.

The bank bailout plan seems to be largely stillborn. Having wished that the private sector would flock to invest in toxic assets if they are offered the right incentives, the treasury secretary is still hoping. Crossing his fingers seems to have replaced effective policy in his planning. To date, no massive infusion of private sector capital seems in view, and Washington is doing little more than writing checks on its overdrawn account to prop up the failing banks. That doesn't take a genius. But the difficult task of relieving the banks of toxic assets so they can rekindle the flow of loans seems to be beyond the ability of the president and his administration.

But conservatives can dismiss the utter failure of Obama's bank rescue plan, saying that he doesn't really want it to succeed. He probably wants to nationalize the banks -- and never let them go. But he can't say that, yet, and has to make a good show of doing all he can to rescue them before swallowing them whole.

But then came Obama's mortgage rescue plan, an equally flawed proposal. Clearly, Obama, liberal that he is, wants his rescue plan to work. He is anxious to bail out homeowners facing foreclosure. Those are his constituents, after all. But the mortgage rescue plan he has proposed will fall far short of the mark.

Incredibly, it excludes anyone who has lost their job and can't afford to make their payments, even if they were to spend 31 percent of their income trying to do so. If you can't come close to affording your mortgage, even if only because of a hopefully temporary loss of employment, forget about it. Obama is not going to help you.

Nor will he help you if your mortgage exceeds your home's value. One out of five mortgages now fall into this category. Obviously, the fall in property values occasioned by the depression will put more and more homeowners in this category. Certainly, a great many of those who need relief to keep their homes find that the amount of their loan exceeds the value of the underlying house and land. But they can expect no help from Obama's rescue plan.

And ... who induced these poor folks to buy homes they couldn't afford, anyway? It was the Clinton administration's Housing and Urban Development Secretary Henry Cisneros who urged Fannie Mae to spend 42 percent of its money buying mortgages for lower-income people and who suggested that they no longer require down payments. And it was his successor, Andrew Cuomo, who upped the ante to 50 percent of the Fannie portfolio. After Democrats inveigled people to buy homes they cannot afford, how can they justify passing a plan that excludes them from assistance?

It appears that Obama is at sea when it comes to financial policy, economic recovery planning and credit rescue efforts. We are not only stuck with a radical and a socialist, but possibly an incompetent one at that!